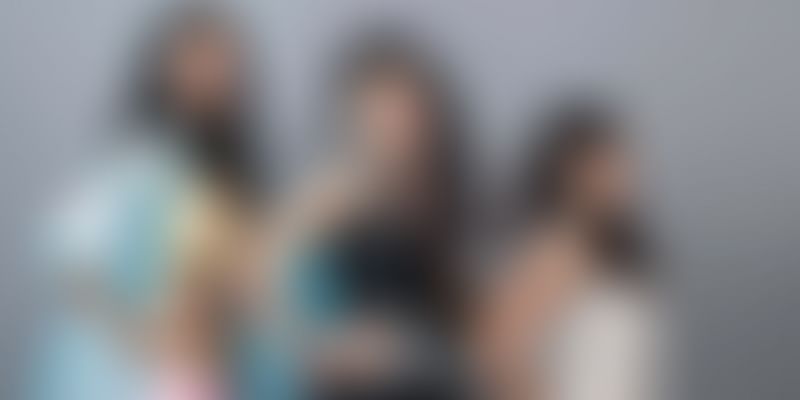 Delhi-based Chhanv Foundation helps victims of acid violence regain a sense of the normal by rehabilitating them and providing avenues of employment.

Alok Dixit and Ashish Shukla started the Stop Acid Attacks campaign in 2013, in an attempt to spread awareness, advocacy and also demand from the government proper treatment of the victims. Due to Laxmi Agarwal’s writ petition of 2006, the Supreme Court passed orders in 2013 announcing the regulation of the sale of acid, compensation for the victims and recognition of acid violence as a separate offence.

However, little has happened in terms of execution. Since acid is still available over the counter, the compensation is not always given on time and there are many cases that go unrecorded. At Chhanv, in over 30 percent cases, no charges have been filed against the assaulter. In a few cases, filing charges is difficult since attackers are anonymous.

After the campaign, the team felt that it wasn’t bringing results in terms of helping the victims; with an option to dilute it or take it forward, they decided to build an organisation around it. Since the survivors kept joining, they felt encouraged to take the cause forward.

At Chhanv, survivors can expect financial assistance with their treatment, counseling, after care and help with finding a job. Chhanv also helps survivors collect funds for education and anything else that they would like to pursue. Currently Chhanv is helping set up a boutique for survivors interested in designing clothes. It is also helping them pursue their career. Tuba is a survivor from Bihar who cleared the National Eligibility and Entrance Test (NEET) exam and wishes to get admission in a medical institute. Chhanv is trying to help her.

Chhanv is in contact with over 100 victims today, but there are many more out there needing assistance. According to the NCRB data, 249 cases were reported in 2015 alone. “Since India is very big and our visibility is still limited, the chances of reaching out are little. When an acid attack case is covered by the media, then we try to reach out to the victim and help them out,” says Alok.

Many survivors, as Alok explains, accept the tragedy as their hapless fate. “What is working for us is that when a survivor comes to Chhanv, she meets other survivors, which gives her hope,” he adds. According to him, getting employment is one of the biggest sources of happiness for the survivors. Parents of some victims don’t let them go out in search of jobs, and hence the cycle of misery continues. Keeping this in mind Chhanv opened the first branch of Sheroes café in Agra in 2014; two more branches have opened in Udaipur and Lucknow where 30 survivors are currently employed.

Chhanv also looks for opportunities outside Sheroes, which is also not an easy task since most survivors are not educated. Chhanv frequently organises workshops, where survivors can take part at will and work towards developing a skill. One such effort is the collaboration with Vikas Milani’s Bodycanvas, where survivors can learn the art of tattooing.

Other problems that Chaanv is trying to address are the feeling of isolation faced by the survivors and their agony exacerbated by the lack of justice – both impeding their rehabilitation. Alok recalls the case of 15-year-old Salma Khatoon, who lost her life on September 15, 2016; her attacker was sentenced to life imprisonment by Aurangabad’s district court on June 29, 2017. Her brother continues to raise funds for other acid attack victims.

Chhanv’s new centre in Delhi, which is nearing completion, will allow more victims to be admitted and cared for. Their current centre is a two-BHK apartment in Lakshmi Nagar, which acts as a 'kaamchalau' (makeshift) centre. Despite repeated requests to the Central and UP government, no steps have been taken to build such a centre, so they took matters into their own hands to make one.

Acid attack victims need immediate medical care and special care, and most hospitals near villages are not equipped to handle that. Twenty-three-year-old Chanchal Kumari from Patna succumbed to her injuries on June 22 because she couldn’t travel to Delhi for her treatment. She had contracted tuberculosis and died due to improper care. According to Alok, none of the hospitals in Bihar can treat an acid victim with more than 50 percent burns. In such cases, the victim either dies or suffers greater damage. Most victims from Bihar depend on Gurgaon and Delhi hospitals for treatment.

Another horrifying case is of seven-year-old Julie from Budwa village in UP. Her father’s intent had been to douse acid on the mother, but Julie became the unfortunate victim. The damage done by the acid has resulted in her shoulder being joined to her neck. Chhanv is helping to raise funds for her treatment at Delhi’s Apollo hospital.

Women are not alone

Contrary to the notion that attacks almost always happen within the family or by people known to the victims, and with women, Alok tells me how the reasons have expanded and grown much wider. “According to the NCRB 2014 data, around 35 percent victims were men and no one knows that,” he adds. Men mostly attack each other due to a feud over property or other similar issues, such as in the case of Mazrul Islam, who was attacked by another man over a minor dispute.

Alok explains how most initiatives are taken by organisations such as the Women and Child Development Ministry, in which case all benefits go to the women. “Ideally, there should not be a gender bias. The district legal authority should give compensation issued by the government, but they are deactivated from the issue. More initiatives are being taken by women-only organisations,” Alok adds.

Since more light is thrown on cases of female victims, the support mechanism is also built accordingly. Chhanv is trying to change that and is in touch with 12 men who have fallen victim to acid attacks. It wants to provide them with the same kind of support women victims get.