His mother had posted a 'groom-wanted' ad for him: Harish Iyer, a beloved face of the LGBTQ movement 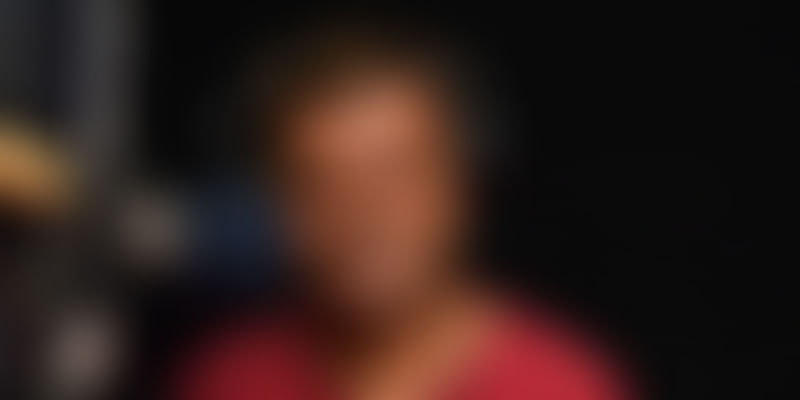 Sexually abused as a child for almost 11 years, Harish Iyer was one of the first male rape victims who had broken their silence. Today, he is a fierce LGBTQ rights activist that even appeared on Aamir Khan's Satyameva Jayate to share his gut-wrenching tale.

When you belong to a marginalised group, by daring to stay at peace with yourself and your choices, your very existence becomes a revolutionary thing.

So, in that regard, Harish Iyer, with his modish pink tresses packed into a bun; his tongue-in-cheek responses to hate speech with the language of love; and his ability to find humour in the darkest situations, is in a constant state of rebellion.

But as a survivor of child sexual abuse who chose to break his silence, Harish recognises the “societal-queer” – that is, everyone tagged a misfit due to misplaced notions of gender roles, sexuality, caste, religion, and class – and wants to continue doing a lot more than just showing camaraderie, he is up in arms offering up comradeship.

Meet one of the foremost LGBTQ rights activists of our time, Harish Iyer.

Born in a joint Tamil Brahmin family that lived in Matunga, Harish had a carefree childhood until he turned seven, and became the victim of custodial rape. This barbarity continued until he was 18 years old – Harish first struggled to make sense of what was happening, and later, the more he understood, the deeper he suppressed it.

“I didn't know what was happening to me, whether it was normal. I got so used to it, I would enter his house and lie down on the bed, just wanting it to get over as soon as possible. At 12, I began to get gang-raped by his friends, and I would bleed but keep quiet. Because what if I wasn't considered 'man enough' to not bear pain? My childhood went by having two worlds where I would not remember the rape until something triggered it off and then I would cry endlessly. I would not enter a male washroom because I was scared that I would be raped again. I grew up having no self-esteem. It was when I was 17 or 18 that I began to understand what had been happening to me for so many years was wrong – so one day when he came to jump on me, I kicked him and said no. For the first time in 11 years, I said no to being raped,” reads an excerpt of the Humans of Bombay post that featured his story, where he shared the gut-wrenching details of his abuse.

But when you survive pretty much the most traumatic experience this cruel world can hurl at you, you come out far more unafraid than ever. As he grew up, his abuse also made him empathetic towards the struggles of others, and his love for his dog made him an animal rights champion. He didn't realise when that turned into a lesson in self-love. He realised that he also owed it to the world to stand up for himself, and rebel against his own abuse and so, he decided it was time to break his silence.

A lone spark that became a fire

Harish was one of the first few male rape survivors who decided to come out with his story, and hence, people everywhere, assuming the position of jurors, questioned the veracity of his claims – they could not fathom how a boy could get abused. In fact, there was no law against child sexual abuse till the year 2012. And the rape law only encompassed the modesty of a woman being violated.

For Harish, the abuse itself wasn’t as unnerving as the experience of speaking up, courtesy the backlash from a hostile audience. "I found no examples, no role models. People shut their doors on me, and said nasty things about me. Some called me and continue to call me a sympathy seeker. Some thought I was using it as a ticket to quick fame. It hurt a lot at first, but over time, I started using humour as a shield. I have a template of responses in my head now. I just vomit the appropriate one to the inappropriate stimuli," he remarks.

READ ALSO: Raped by her uncle and nearly sold by her mother, Pinky Sheikh soldiers on

In the meanwhile, his own struggles helped him understand that gender and sexuality are actually a spectrum, and not two absolutes, and over the years, he mustered the confidence to look beyond traditional sexuality and embrace his own. “My mom brought me up in a way that I’d wake her up in the dead of the night to confess a lie. So, I had to be honest with her about my sexuality as well. She was angry at first, but I later explained that I will be happy to marry a woman if she wanted me to, but would she have gotten her daughter married to a gay guy, if she had a daughter? She hugged me and accepted me, but asked me to keep this a secret. And here I am — presenting the Gaydio Show! Some promises are difficult to keep. But today my mom is also out of the closet as the mother of an LGBT child,” he says.

In fact, the duo made a splash in the media when his mother posted a matrimonial ad in the papers for Harish, looking for a male suitor: “25-40, well-placed, animal-loving, vegetarian and preferably Iyer.” This ad received widespread attention, and they were lauded for trying to normalise something so taboo, on such a platform. However, one clause in the ad – “preferably Iyer” –created a furore, and served as a hard-hitting lesson in intersectional feminism for him.

“I was completely oblivious of my own privilege as a Brahmin until the ill-timed light-hearted matrimonial advert hit the stands. I understood that just because one is from a marginalised community, doesn’t make the person non-discriminatory, and everyone still has a lot of other biases to unlearn. LGBT people can be as bad as everyone else just as they can be as good as everyone else. We band together – across all sects, beliefs, castes, religions – because as people who have been discriminated against, we know better than anyone else how biases and stereotypes can be completely unfounded and illogical. So we must fight for one another, for the overall upliftment of society,” he explains.

He notes that patriarchy can be traced as the root cause for women’s issues as well as LGBTQ issues, for it reinforces dogmatic gender roles – which entail a toxic and narrow idea of masculinity, the notion that women are primarily put on the planet to procreate and nurture, and lastly, tabooize non-procreatory sex.

While activism was never a conscious "career" choice, he naturally harboured a strong sense of solidarity for anybody who was unfairly oppressed. So even as he worked in a call-centre where he took calls from British customers of three mobile companies and later in advertising and experiential marketing with Shobiz, Hungama and Madison, lending his voice to LGBTQ rights and issues have been a way of life for Harish.

The crusade of love

Harish got formally associated with the development sector through United Way Mumbai, Humane Society International and iVolunteer, and started delivering motivational talks and actively voicing his opinions on matters like the recriminalisation of homosexuality.

His thoughts, and the beautiful moulds they find in his words, have been bringing about change in a monumental fashion, though dispensed in the simplest manner possible on his social media. With 10,000-odd followers on Facebook, one can always saunter into Harrish’s feed to find the most liberal, balanced and fair viewpoints on current affairs. He also posts vlogs – monologues on homophobia, sexism and xenophobia that he often sniffs out in pop culture – and has created a safe space that has become a hotbed for debate.

But, he is no armchair activist – when Suzzette Jordan suffered backlash for speaking up about her gang rape, and was even labelled a conspiracy theorist by Mamata Banerjee, Harish smeared lipstick on his face and stormed the streets with an army of protestors, holding the placard, “Don’t look at my lipstick, listen to what I am saying.”

Well aware of the profound impact role models and reference points could have had on his narrative when he had decided to speak out in his formative years, he appeared on Satyameva Jayate for their episode on child sexual abuse. He spoke candidly and unabashedly about his abuse, so that children are never left writhing in self-doubt and trying to tell right from wrong while undergoing similarly traumatic experiences.

Today, Harish has been listed as one of the 10 fieriest motivational speakers by various publications. Besides this, he is also a columnist with The Quint, DNA and Firstpost, and has become visiting faculty at Khalsa College and guest faculty at several institutes across the length and breadth of the nation.

Most recently, he has signed on as a radio presenter for Ishq FM’s new show titled The Gaydio Show, which is here to promulgate the idea that love does not see gender. “Listeners can look forward to stories from the LGBT communities and their families. Every week I feature one person or a couple and through their living example, we imply that all love is equal,” he lets on.

He feels that we, as a nation, learn from examples of other people. “We don’t need to be at pride parades and intellectual discourses and political debates to be a part of the movement. Sometimes, a kind word, and a hug could make you as good an activist as someone who files a PIL in the court,” he says, signing off.