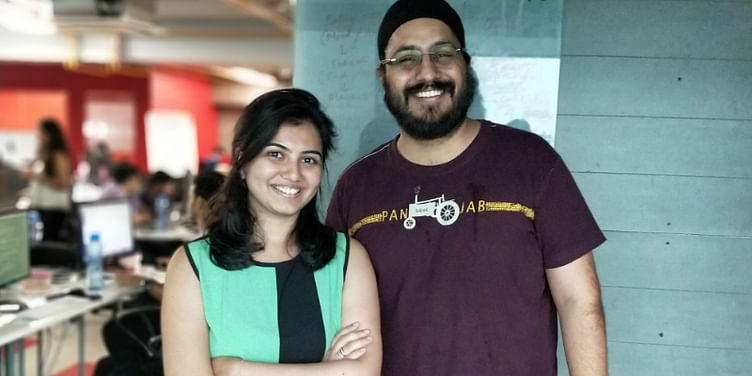 A few months of 'end-to-end encrypted communication' with a certain company based in Menlo Park, California, USA, later, BookMyShow recently confirmed it was the first Indian online ticketing brand to participate in the ‘WhatsApp for Business' pilot programme.

In a blog titled, 'Building for people, and now Businesses' WhatsApp shared its plans to open up its messaging platform to businesses. The long-term goal is to let businesses share contextual information and interact with customers directly.

Over a phonecall with YourStory, Ravdeep Chawla, Head of Product, and Nirali Shah, Product Manager at BookMyShow shared more details about the partnership and the experience of working with the WhatsApp team on this pilot programme.

Working with WhatsApp over WhatsApp

Having made the WhatsApp for Business integration accessible to a limited set of customers over the last few weeks, BookMyShow said it would make WhatsApp a default ticket confirmation channel for all its users in the near future. Ravdeep noted that starting Thursday evening, BookMyShow will roll out the feature to 25 percent of its user base.

So, when a customer in this 25 percent bracket books a ticket on BookMyShow, he or she will receive a WhatsApp message from a verified BookMyShow account. YourStory had reported on the soft launch, but WhatsApp and BookMyShow had refused to speak on record at that time.

Related read: WhatsApp for Business sees a soft launch in India with BookMyShow. Can it kill SMS?

Ravdeep noted that at BookMyShow, the team strives to enhance the end consumer experience, and a partnership with WhatsApp seemed like a good move considering the ubiquity and userbase that WhatsApp has in India. He said,

Keeping up with changing preferences and habits, we decided to integrate BookMyShow with WhatsApp for the pilot programme. WhatsApp has definitely become a preferred mode of communication for millions of people in our country and we could identify tremendous value in making it a default ticket confirmation channel. We have already started rolling out this feature and over the course of next few weeks, we aim to scale it to cover our entire user base.

Ravdeep described the process of how the WhatsApp team would request the BookMyShow team to share feedback or fill out surveys, analyse responses and then get back the next day. The WhatsApp team was also quick at execution and adding features to the products based on the feedback.

Ravdeep also noted that while WhatsApp currently has a lean team based in USA, it was a great experience working with them remotely. He also explained that apart from one non-business meeting with a senior WhatsApp official in Mumbai, almost all other interactions were online and mainly on WhatsApp itself.

How the 'WhatsApp for Business' experience works

Nirali gave a brief overview of how WhatsApp for Business works on the backend. BookMyShow currently has access to two WhatsApp APIs (application programme interfaces)-

Nirali explained that by leveraging these APIs, BookMyShow could detect whether a customer booking a ticket on the platform had an active WhatsApp account and if so, BookMyshow attempts to send a WhatsApp message with ticket details.

On the other hand, if customers did not have a WhatsApp account linked to their number, or were in a bad network area, BookMyShow sends ticket confirmation details over SMS. Ravdeep explained the mechanism behind the process, and why BookMyShow was not abandoning SMS:

We are not abandoning SMS for multiple reasons. Consumers might not be on a data network when they book their tickets. So we take 60 seconds and observe if we get a delivery report from WhatsApp, if not, then we send out an SMS confirmation as a fallback.

WhatsApp also offers BookMyShow an analytics dashboard where companies can get a bird's eye view of the messages being passed through the platform. Nirali explained,

We can check what time a message was sent and when it was delivered. This is more of a hygiene check from our end.

While BookMyShow has access to the send API, Ravdeep and Nirali explained that the company doesn't respond to follow up queries on WhatsApp. Users are, instead, redirected to a support page if they try to start a conversation, which many do out of curiosity. Ravdeep did, however, note that in future, BookMyShow may allocate personnel from its contact centre team to respond to support-related queries on WhatsApp.

BookMyShow recently also introduced ‘Plan-it’, an in-app messaging feature for friends and families to interact with each other in real time and finalise a movie or venue options from within the chat window. Talking about the product roadmap, Nirali noted BookMyShow may make some of these pre-booking features available on WhatsApp as well. She said,

In future, we would be happy to explore an integration with WhatsApp where we let users plan movie bookings there as well. But some niche features may be restricted to BookMyShow, because of technical constraints.

On the nature of the partnership, Ravdeep said there was no monetary exchange between WhatsApp and BookMyShow as yet, and the partnership was still in the pilot stage. He also said WhatsApp had not shared the exact framework of its revenue strategy with BookMyShow at this stage. But, talking about the overall experience, he noted,

It has been great learning experience working with the WhatsApp team. Also, most of the consumer feedback so far has been positive. Many are actually surprised and happy to receive ticket confirmations, QR codes and coupons on WhatsApp.