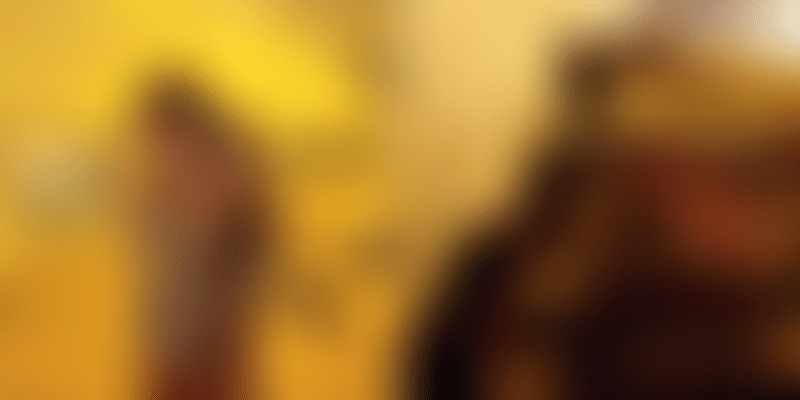 Ahmedabad-based Go-for-Change has launched Pledge-a-Blanket, a 90-day campaign that aims at raising more than 1,00,000 blankets for the needy.

Winters may spell warmth and cosiness, but not to everyone.

A study published in the British journal The Lancet in 2015 revealed that cold weather is 20 times as deadly as hot weather.

According to data obtained from the Open Government Data (OGD) Platform of Government of India by IndiaSpend, 10,933 Indians have died of cold between 2001 and 2014. That makes for an average death count of 781 Indians every year, due to harsh winters.

Reason enough for humanitarian aid workers Ashish and Shankharupa Damle to start a campaign to pledge blankets to spread warmth this winter.

When we asked voluntary organisations and communities from the most affected areas as to how they expect to get relief from this situation, they mostly asked for blankets, says Ashish, Founder of Ahmedabad-based platform Go-for-Change.

The platform allows individuals, groups and voluntary organisations to sign up and post their initiatives, events and publications. It is an integrating tool for social change – its causes, its changemakers, and its movements.

Go-for-Change aims at “building communities for meaningful engagement and sustainable social change that results from collective efforts of society at large”. This dedicated space works as an online collaborator of social change makers, be it individuals or institutions.

At present, the three-member Go-for-Change team has set off a campaign to donate blankets to the needy through Pledge-A-Blanket.

Ashish explains that a blanket is a multi-utility object. It can be used by any member of the family, at home or outside. Children even carry blankets to school.

“From several such interactions, we realised that sometimes a simple thing like a blanket can save a life,” Ashish recalls. “We decided that we must do something about it and the idea of #PledgeABlanket evolved.”

Initially the campaign was bootstrapped, but soon many corporates chipped in. The initiative to collect 1,00,000 blankets was launched on December 5, 2017, and 588 blankets were donated by 489 people within a week. With the campaign slated to run till February 10, 2018, about 1000 blankets have been collected so far.

Go-for-Change has put up a plea on its website for people to buy blankets from its portal. Each donor can select a state in which s/he wants the blanket to be donated. The donated blanket will be shipped from Go-for-Change’s partner manufacturing unit in Panipat to the selected location. The organisation has identified credible voluntary organisations from 11 North Indian states, which have, in turn, identified areas that need blankets the most.

Go-for-Change has invested resources in placing an order of 1,000 blankets in the first allotment. TexSAA International is our sourcing partner. It helped us identify the right kind of blanket and a manufacturer in Panipat. Once a blanket is sponsored, we add it to our scheduled weekly dispatch from the manufacturing facility in Panipat.

"Blue Dart helps us to transport blankets to our charity partners, who organise distribution drives immediately after receiving blankets. They take photos and videos, and also maintain records of beneficiaries. All this information is uploaded on the campaign site as well as on the Go-for-Change portal,” Ashish explains.

Go-for-Change, established in March 2016, is an online platform for charity merchandise. The platform helps to aggregate all kinds of social impact initiatives, events and publications, and supports them through a charity-merchandising programme. Its use is free, with revenue earned from sale of products on display. Each product available on the online store contributes to one or more social causes.

Viewers also initiate debates and polls on the issues of their interest. The platform has a separate section on scholarships. Under this vertical, the team plans to create India’s largest real time database of scholarships for education. Using the Go-for-Change tool, viewers may identify NGOs around them, and donate their time and money.

Ashish believes that since Go-for-Change offers opportunities to give in different forms, anyone, irrespective of their financial condition, can now give when they wish to. The platform aims to be a full-fledged successful collaborator of humanitarian work.