This Mumbai restaurant owner is a 23-year-old with Down Syndrome, and here is her extraordinary story 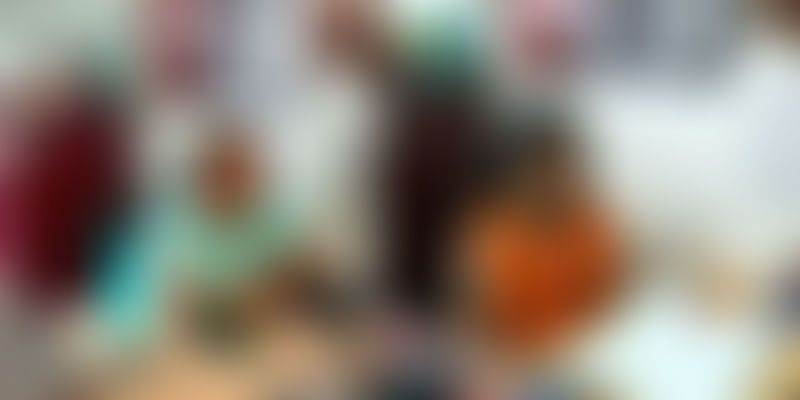 Aditi Verma, who owns and runs Aditi’s Corner in Navi Mumbai manages every single function –from taking orders, to cooking, to deliveries, bookkeeping, maintaining inventory, and bills – all served with a heart-melting smile.

Signs that read “Food here is served with love and affection’ and “Working hard is the key for good life, but no one can work on an empty stomach. So why stay hungry?” let you into Aditi Verma’s simple yet heartwarming world, located in a mall in Navi Mumbai.

At the centre of this world is a little girl who suffers from Down Syndrome, who had an open-heart surgery when she was as young as two-and-a-half years old. But that is just one of the many extraordinary things about her.

Aditi loves to work, and she is always looking for a challenge. And a good YouTube video – with a brand new, sufficiently arduous recipe.

When it’s someone’s birthday, the food-maestro is in the kitchen from the night before, whipping up edible joy for the special person.

And this food can be found and devoured at Aditi’s Corner, a restaurant Aditi now owns and runs. In this story, we’re focusing on this last little detail – for how a 23-year-old girl 'wo-mans' a professional kitchen that dispenses close to 80 orders a day while maintaining healthy books and a healthier smile – will get you thinking if you are truly living your best life.

The adventures of Aditi

This strategic little “corner,” situated on the third floor of Belapur’s Bhoomi Plaza, just one storey above the office of their own transport and logistics business, was a New Year gift from Amit and Reena Verma to Aditi, their beloved 21-year-old.

“After crossing 20 - she was saturated because there was no value addition to her life. So, she started making excuses to skip school, whereas she used to love it before,” says her father, Amit Verma, to YourStory.

Born with the condition, Aditi had been enrolled to a stellar special institution in Belapur itself, called Swami Brahmanan Pratishtan, which she attended for ten years, between 2005 and 2015. Towards the end of that term, she was going to their vocational classes.

Within just two hours of being born, she shifted and sort of turned on her side. Reena Verma, her mother, told us she thought “Aditi is the latest version.” But her brother-in-law, who is a doctor, broke it to her that there might be an issue. “As someone who had had her first child, I cried and cried. ‘Why me?’ I would think. My husband said, Reena, there is no point in crying. Accept what God has given and make the most of it,” she says.

This is the approach they have adopted throughout. She was raised just like any other child – pushed to her limits to learn, and reprimanded for being lazy or unmotivated.

So, when they saw that Aditi was getting disinterested in school, and was simply biding her time watching TV at home, it was established that she was itching to work, and needed to do so.

At first, Reena and Amit tried teaching how to enter data so she could get involved with the family business. “But, in a day, after two hours, she would get bored. It wasn’t a very exciting job after all, and she would put her head down and sleep,” says Amit.

While the job itself did not do much to keep Aditi hooked – one everyday, seemingly mundane event, caught her interest. “When I saw the chaiwalas coming to the mall every day to sell tea, I felt like I could do this too. I told papa that from tomorrow onwards, I will prepare tea at home and bring it to work for all the employees,” Aditi tells YourStory.

Her mother started putting two and two together. Aditi, she had seen, had been frolicking in the kitchen, it’s where she was the happiest, most involved. And it wasn’t just a phase. For starters, it had been going on for years. And secondly, she was awesome at it!

“For the past four years, she had got this keeda – she started learning recipes from YouTube – she would literally use the same measurements, and it would turn out very tasty! Whenever there were birthdays in the family, she would cook special meals. She loves non-vegetarian food, especially,” Reena tells us.

The third and more definitive sign, was her desire to spread the love and joy of food – her food - to more people, even if it just meant making them some chai!

“At the end, we had to made her independent. So, I got an idea – we started looking for a shop for her in the same complex – and we found one on the floor directly above! We decided to gift this to her by the end of the year in 2015, and by January 1, 2016, we were in business!” says Reena.

She has two staffers - one to help her cook and another to help with deliveries. But Aditi manages everything – every single function in that delightful corner – right from taking orders, to cooking, to deliveries, bookkeeping, maintaining inventory, bills etc. The restaurant serves all kinds of snacks – like Maggi, sandwiches, eggs, beverages, etc., besides a full, wholesome homemade lunch – dal, rice, vegetables, that are prepared by Aditi and her mother.

Every time a new office opens in the complex, she would go visit them, introduce herself, hand out menus, and make it a point to get feedback.

“We see her in the morning at 10:30am and then, directly at 6pm. She is running the show. Her math is great. She cannot walk properly, she would still go for deliveries. Once, I had a fracture and my husband stayed home, but Aditi said, ‘I’m still going to work,’ and went by herself!” says Reena.

Aditi learnt everything on the job – by observing her mum and dad at work, and simply channeling everything she had learnt in school.

“I am liking this, I really have a lot of fun. I love what I do – my father Amit Verma inspired me, I would observe him working and learnt from him. I didn’t know any accounting before this but I do the bills and the accounts all by myself now” says Aditi.

“Her school’s curriculum gets lots of credit,” Amit adds. “The teachers were great, and they played a very important role in our lives. They taught their students what money is. Teachers would give them tasks like bringing a grocery list from home, and then going to nearby stores with a budget and actually shop – that taught her budgeting, how to assess products, weight, expiry dates, etc. So, she had a clue when she started,” says the proud father, adding jokingly, “And I believe income is something which everyone understands very fast!”

Now, she has a dream – one that has left her parents spellbound. She went up to her father, one day, and told him – ‘Papa, I want to grow this – but I want to bring out people like me from their homes, employ people like me, train and make them independent.’

“My doubts has converted to hope. This has been very exciting. Seeing her makes you want to do something more challenging and meaningful with your life. That day, my way of looking changed and I felt like I want to reach out to more people like her. I want to do more,” he says.

Her ultimate goal, she informs us, is to scale this up to a five-star facility.

“Don’t go for sympathy, they can do better than a normal child. Whatever they learn, they follow accurately,” says Reena.

“First of all, accept the situation. Once you accept, you will make the best of what you have. Give them space to think and grow and find out what they like. We have not done anything great – we did what every parent would do. Every child has unique needs - we catered to the ones ours had, and raised her in a normal environment,” says Amit, signing off.