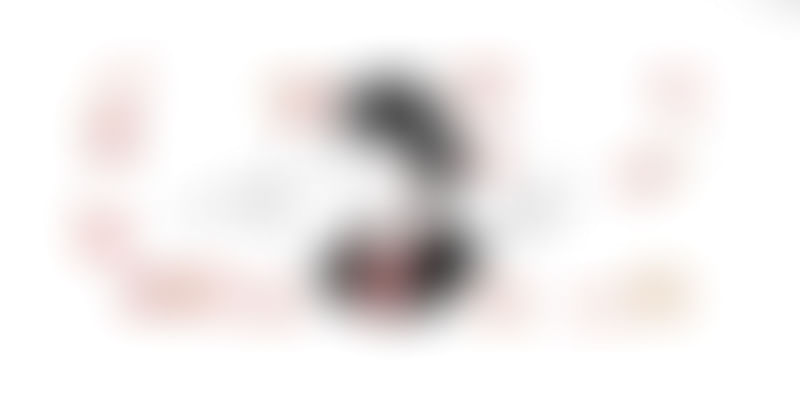 Today is Virginia Woolf’s 136th birthday - an event that granted the world a revolutionary, who would change the discourse in the women’s movement forever. Google has chosen to dedicate their doodle for the day to this historic figure, for her pioneering contributions not only to the field of literature, but also, to the socio-cultural fabric of the world. Here is a short summary of the author's spectacularly worthwhile life and work -

1.  Born on January 25 1882 to a wealthy family - with an author-historian father, and constantly in touch with the literary community of the era, that she grew up to be one of the most definitive, outspoken, modernist classic writers of her time and time in general, is no wonder. She went on to become a key person in the Bloomsbury Group, which was a congregation of prominent contemporary intellectuals and artists. She grew up with four half-siblings and three other siblings that her parents had from both their previous marriages, at a time when women had absolutely no agency and were compelled to “dwarf” their own spirits in the presence of the men in their lives, so that the latter could feign superiority. These are one of the many theories that she illustrated in her arguably most popular work of non-fiction, A Room of One’s Own, which we will come to later.

2. "Lock up your libraries if you like; but there is no gate, no lock, no bolt that you can set upon the freedom of my mind," reads another quote from A Room of One’s Own. She was mostly home-schooled, for she belonged to an era where women in participating in public spaces with respect to work and even procuring an education. Upon the passing of her mother, half-sister, and father, she was briefly institutionalised for she could not bear the loss. She eventually married Leonard Woolf, who was not exceptionally wealthy, but with whom, she managed to start a publishing house, the Hogarth Press.

3. Virginia Woolf's first novel, The Voyage Out, was published in 1915 by her half-brother's imprint, called Gerald Duckworth and Company Ltd. Her next works in fiction that followed were Night and Day (1919), Jacob's Room (1922), Mrs. Dalloway (1925), To the Lighthouse (1927), Orlando (1928), The Waves (1931), The Years (1937), and Between the Acts (1941). All her books had strong female characters who challenged the norm – and their internal conflict was what formed the central theme of her works. In fact, it is also known that Virginia would make her students routinely write essays about themselves, when she was a teacher at Morley College.

4. However, one of her non-fiction works, released somewhere in between the series of her fiction novels, was an essay of sorts – A Room Of One’s Own – that came to be considered an age-defining text that opened up the floodgates to some pertinent questions about the status-quo between men and women. Written in 1929, an excerpt from the book reads, "A woman must have money and a room of her own if she is to write fiction." A deeply introspective journey undertaken by pen and paper, the Stream of Consciousness style of narration – something she pioneered, is represented here beautifully and nimbly. It may be defined as a free-flowing yet lucid and articulate line of thought immortalized in a book – rather than the rigid, structured and well-planned prose that writers would at the time use. She thinks out loud about the various ways in which gender roles were invented and fashioned to champion one gender over another, and how everyone falls in line with these choreographies to keep up the farce.

5. She also went on to publish a host of short stories, like Kew Gardens (1919), Monday or Tuesday (1921), A Haunted House and Other Short Stories (1944), Mrs. Dalloway's Party (1973), The Complete Shorter Fiction (1985), and Carlyle's House and Other Sketches (2003), and other works in non-fiction, like Modern Fiction, The Common Reader, On Being Ill, The London Scene, The Common Reader: Second Series, Three Guineas, The Death of the Moth and Other Essays, The Moment and Other Essays, The Captain's Death Bed and Other Essays, Granite and Rainbow, Books and Portraits, Women and Writing, and Collected Essays, in four volumes.

6. Virginia Woolf was a victim of depression. When she was 59, she walked into a sea with a pocket full of heavy stones, so that she would sink to the bottom, thus taking her own life. Her body was found three weeks later, and she had left behind a suicide note, which read, "I feel certain that I am going mad again. I feel we can’t go through another of those terrible times. And I shan’t recover this time."

You can find the full text of Google's ode to the writer here.