5 books to help women in tech navigate work and life 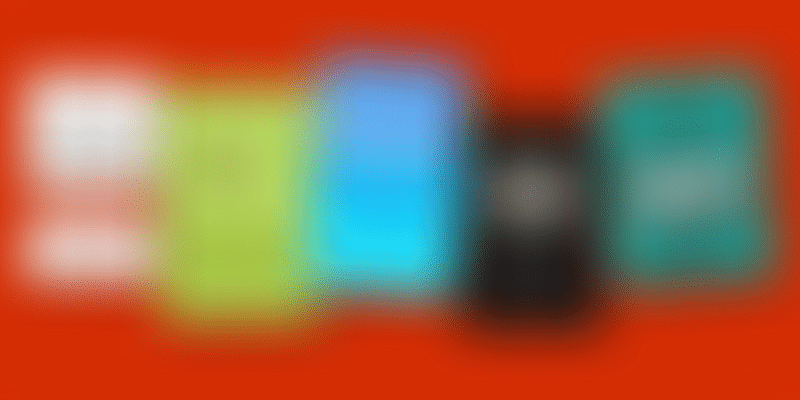 It is no news that the technology industry, despite the growing number of engineering colleges and the number of women in them, is still pretty male-dominated. This is especially true at senior levels and in engineering departments. According to NASSCOM, the Indian technology industry has only 26 percent women in engineering roles, which means that for every female engineer, there are three male engineers. NASSCOM also analyses the reasons for this disparity, including more fast-tracked managerial roles for men, higher quitting ratios from women, and the lack of serious career progression, with just 7 percent women in tech in the corner offices.

On one hand, these organizations are starting to work towards more inclusive workplaces. At the same time, thriving and succeeding in these male-dominated spaces will take some unlearning and learning on the part of women too. One of the best places to start is in the books written specifically for this audience, for women in tech. Here are the top five we found most useful:

Women In Tech is tailormade for women in the technology industry looking for lessons to fast-track their careers and women looking to enter the industry. It has practical advice and inspiring stories of successful women in tech including TED speaker and cybersecurity expert Keren Elazari, Python educator and developer Katie Cunningham, the tech executive and inventor Kristin Toth Smith, and mobile and social developer Kamilah Taylor, among others. The fact that the author too is a female startup CEO makes the book that much more credible.

Women In Tech is a deep exploration of the inherent bias against women in tech along with career mentoring on topics like salary negotiation, the best formats for tech resumes, the different formats of work available for those who need increased flexibility, and lessons in setting up a new business, among other topics relevant to women in tech.

A must-read for all women entrepreneurs who are either looking for funding or failing to get it because of gender bias, Geek Girl Rising is about the most successful female entrepreneurs of Silicon Valley. They are the ones who are building tech startups in Silicon Valley from the ground up, smashing bro-coder stereotypes, investing in each others’ ventures, and calling out to women and girls around the world to be part of the biggest technology revolution of our generation.

The book does a great job of looking beyond the well-known female CXOs of Silicon Valley and tells the stories of women at the forefront of the tech startup revolution that is impacting lives in unprecedented ways. The book has interviews with and stories of YouTube sensation Michelle Phan, who grooms digital video stars and runs the hugely popular e-commerce beauty business Ipsy, GoldieBlox inventor Debbie Sterling, Pinterest lead software developer Tracy Chou, and CEO of The Muse Kathryn Minshew, among others. The book also interviews a new generation of female investors such as Theresia Gouw and Kathryn Finney who focus on women-led startups as an antidote to the gender biases in VC circles. If women startup founders and investors must read one book, it is Geek Girls Rising.

Innovating Women comes from the point of view that just when women are rising in power and numbers in the technology industry, there has been no better time in history to gain further momentum for this change. This is a turning point for the industry and what we do now will determine whether or not we ever close the technology gender gap. The authors admire women who, despite less encouragement and weak numbers, have gone on to build things that have changed and saved lives. In their belief, that is exactly what makes it crucial to engage more women in the technology industry and encourage more girls to join it.

Innovating Women chronicles the stories, anecdotes, and essays of global women leaders and how they are shaping the future of entrepreneurship. It includes interviews with hundreds of women in STEM careers, including venture capitalist Heidi Roizen, CEO of Nanobiosym Dr Anita Goel, the first female private-sector space explorer Anousheh Ansari, and former Google VP and former United States CTO Megan Smith, among others. These women speak of the challenges they face in the industry due to their gender and how they work around these challenges. But one of the most important messages in the book is how organizations can become more inclusive and support the career advancement of women just as much as they do for the men.

Girl Code dives in deep into a new phenomenon among women professionals around the world – the magic potion of positive thinking, supporting each other, having each others’ backs, and letting go of the idea that they cannot have it all. Girl Code has many lessons for women in tech, female entrepreneurs, and those who are building a business on the side. It is a lesson in mentoring and supporting other women, rallying them for success, asking for support, and growing on the back of connections and networks with other women.

The Thrilling Adventures of Lovelace and Babbage: The (Mostly) True Story of the First Computer, Sydney Padua

The book does a great job of reminding the world that all the incorrect notions about geek girls and all the gender biases against them aside, the first coder in the world was, in fact, a woman. Ada Lovelace was one of the world’s first computer scientists who partnered with Charles Babbage to imagine a machine that could crunch numbers, play music, read words, and more. She then went on to write a computer programme for it. Engineers who created the first computer referred to her notes in the process.

The Thrilling Adventures... is a graphic novel about the partnership between Ada and Charles. It is an interesting chronicle of the early history of technology with a woman at the centre of it. It also takes readers on the journey of an alternate universe and what could have happened if Ada and Charles had managed to actually build the machine they had envisioned. From that point on, the book is all about the two building amazing economic models, ending spelling errors once and for all, exploring Mathematics and its deeper realms, and fighting crime. A fast-paced, interesting read, the best thing about the book is how it brings Ada back to current technological discourse that seems to remember only Charles Babbage.

So there you are – our top five books for women in tech. What do you think of the list? Do you have a favourite title? Let us know in the comments!