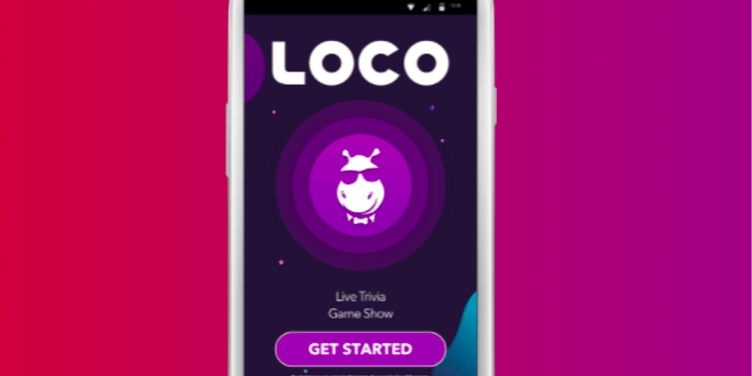 This real-time mobile quiz show hosted by Gaurav Kapur has been the talk of the internet universe lately. You play, they pay.

Inspired by HQ Trivia — the US app started by Vine Founders Rus Yusupov and Colin Kroll last August — Loco invites users to play a quiz in real-time and lets them earn “real cash” if they answer all questions correctly. The quiz takes place twice (1:30 pm and 10 pm) on weekdays, and once (10 pm) on weekends. The premise is simple: you play, they pay.

Loco (earlier known as the Showtime app) is, what many reckon, a mobile adaptation of the uber-hit TV show Kaun Banega Crorepati, which itself was a desi version of Who Wants to Be a Millionaire?

Like KBC, Loco employs a charismatic host (popular sports presenter Gaurav Kapur in this case), asks users 10 multiple choice questions, offers them ‘lives’ to come back into the game if they are eliminated, and rewards them with cash prizes (credited in their Paytm accounts). The only difference is, multiple people are playing the game simultaneously, and the prize money of Rs 12,500 gets shared among the winners.

Loco was started in November 2017 by the former marketing lead at edutech startup Unacademy. The Android version of the app went live in December, and by end-January, Loco notched up more than 120,000 installs on Google Play Store. It is one of the fastest-growing apps in India already.

Loco Founder and CEO, Abhishek Madhavan tells YourStory, “We are seeing 10,000 daily downloads and have close to 30,000 concurrent users now. Over 80 percent of these users have come through referrals.” Loco allows users to “invite” friends with referral codes, and earn game lives when they sign up.

Loco is available in Hindi and English versions, but will soon launch in Telugu and Tamil too. The iOS version of the app will roll out as well. Abhishek says a lot of traffic is coming from smaller towns now, and he expects Loco to cross “half a million downloads” in the coming months.

HQ Trivia, in comparison, has 1.5 million daily users already. It is now among the top five gaming apps on App Store, and is an addiction for all of the United States. Abhishek is confident that formats like these are “the future of television.”

We take a closer look at the Loco app.

Once the app is downloaded and installed, you get started by creating a username of minimum four characters. You can key in a referral code (if any). If you don’t have a code, you may proceed without that.

The next page shows you a countdown to the next game, and a glimpse of your leaderboard. You start with zero balance and zero lives in your account. The counts increase as you play more games and win cash.

You can click on Settings and browse through the ‘Rules’ and ‘How to Play’ sections. You can also add your Paytm number where the cash prize gets deposited on a weekly basis. There is a ‘Change Language’ option too, which would be in use shortly.

One minute prior to the start of every game, the app displays the Rules on your mobile screen. You have to join the live game on time. If you’re a second late, you can only watch, and not participate.

The host appears at sharp 1:30 pm and/or 10 pm, and after a brief reiteration of the game rules, he sets the quiz rolling.

The questions are based on a range of topics viz. current affairs, politics, technology, food, sports, culture, entertainment, religion, mythology, etc. The first question is a walkthrough, what host Gaurav Kapur calls a “practice ball”.

After every question, Loco displays the number of users who got it right, giving a sense of how many contenders you have for the final cash prize.

The questions get tougher as the game progresses. You’ve ten seconds to answer each multiple-choice question. If you get it wrong or are slow to answer, you are eliminated from the game. But, you can continue to watch.

Typically, the tenth question is the toughest, and Loco mandates that users cannot use a lifeline for it. It essentially means if you get it wrong, you are eliminated, and you cannot come back into the game.

Every quiz lasts for about 15 minutes. Once all ten questions have been asked, Loco displays the list of winners, and the cash won by each. So, for instance, if Rs 12,500 is the overall prize money, and there are 50 winners, Rs 250 is credited in each of their Paytm accounts. Hence, more the players, less the money.

Issues with the app

While the quiz per se is simple and enjoyable, the app is super sluggish even on a fast internet connection. The video lags, the audio and visual are not in sync at times, and the sound is jarring.

Since all questions, answers, and your status in the game are displayed on the screen, it might be a good idea to mute the sound on your mobile device and continue playing. However, it defeats the purpose of having a popular host.

At the end of every game, a feedback page appears on the screen. You can let the developers know your issues with the app.

Loco scores as a game show, but as a live-streaming app, it leaves a lot to be desired. Founder Abhishek explains, “Hiring engineers who can crack real-time streaming has been a challenge. The pace at which we’ve grown the user base was also unexpected.”

Players who have rated Loco on Google Play Store have even complained of abrupt eliminations. Most recently, Loco added two lives to each player’s account to compensate for the glitches in the app. Abhishek says, “The percentage of people facing technical issues would be 0.1 percent. It could be because they are using Chinese phones which aren’t optimised for high bandwidth video.”

But, Loco assures that these niggles would be taken care of in the time to come, especially when it has investments flowing in from Pocket Aces, a digital media and entertainment firm that has acquired the app for an undisclosed amount.