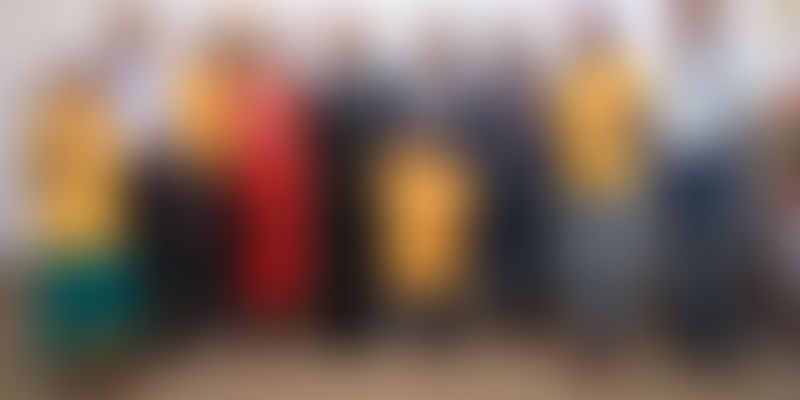 Founded by the enterprising youngster Alina Alam, Mitti Café has received a phenomenal response since it began its operations last year.

Menu cards printed in braille, food orders written on sheets of a note pad, self-explanatory placards and flicker lights that signal the staff when a customer calls for them — these might be some of the unique improvisations one can only see at places like Mitti Café. Wondering what’s different with this café chain that operates from Karnataka’s Hubballi?

It is completely run and managed by people with various kind of disabilities, ranging from visual and hearing impaired to Asperger’s and to Down’s syndrome. Brainchild of 24-year-old Alina Alam, this newly opened enterprise empowers people with both physical and mental disabilities by employing them to undertake various roles.

Food connects people, but how!

It was an internship opportunity at Bengaluru’s Samarthanam Trust for the Disabled that first acquainted Alina about the untapped potential people with disabilities often possess. “I always wanted to build a social enterprise that engages these people in an empowered setup, outside the scope of charity. And that’s how I envisaged the concept of Mitti café,” shares Alina.

The young college graduate always knew food connects people. However, she is quite surprised at how her dream enterprise has changed the lives of many disabled people for the better. Alina is almost emotional when she shares with the journey of Keerthi, Mitti Café’s first employee.

Born with a physical deformity that restricted her movements, the 21-year-old mostly crawled from one place to another and was rejected from many job interviews before she joined the team of Mitti Café.

When she first joined, she had trouble holding tea cups and counting money. But today, after six months of being employed, she takes orders, serves and even manages four other hearing-impaired people, all from the wheelchair that we gifted her with the support of Ajayan from Sanathya foundation, Alina says proudly.

Mitti Café opened its very first branch at Deshpande foundation in the B.V.B. College of Engineering and Technology campus in August 2017. Alina’s initial hurdles in setting up the enterprise included finding funding support and getting the supply chain right. “Since my networks were meagre, I wrote to a lot of organisations before Deshpande foundation agreed to help me by giving some space,” says Alina who set up her first branch mostly by using crowdfunded money and borrowed/used resources (such as fridge, mixer, etc.).

When questioned why she chose just institutionalised spaces for the café’s operations, Alina says, “College environs mostly promise a captive crowd that provide enough traction for cafes and canteens to sustain.” In just over six months of operation, Mitti Café has already opened two more branches (at DET on airport road and the other in Kittel College) with the revenues generated from its first one.

Alina credits the success and growth of the café to “her exceptional staff who are both dedicated and meticulous”. “I think the USP of the team is that it’s a mix of people who complement each other’s strengths and weakness very well,” she remarks.

Alina’s team is made strong by people like Sabiha, a victim of domestic violence that scarred her for life with multiple sclerosis.

She is blessed with the gift of the gab. If a customer comes to her to buy coffee for Rs 5, she ensures he/she goes back buying a combo for Rs 50, quips Alina.

“Similarly, Shubham who suffers from Asperger’s syndrome is gifted with a great sense of space and synchronisation. So, he unfailingly ensures everything in the café is at the right place,” she adds.

Today, Mitti café has 26 employees (23 of whom are specially-abled) working in its three branches across Hubballi. Serving a variety of dishes and beverages at competitive prices, the three branches of the café have an average footfall of 600-700 people every day.

Gearing up to go big

Each of the employees were first trained for two months during a paid internship period after which they were officially on boarded as staff members. The strengths and weaknesses of each employee were carefully assessed and job roles (in kitchen work, accounts, customer relations, etc.) were mapped and assigned keeping in mind their disability.

The budding enterprise is all set to level up its operations with six more new branches scheduled to be launched across Bengaluru this year. Funded and supported by NSRCEL Social at IIM,Bengaluru and Social Venture Partners, the cafes will begin functioning in Manyata Tech Park, Mindtree Whitefield, Infosys, etc.

We are also keen on expanding to 60 cafes in the upcoming years. Moreover, in the next four to five years, we also want to make the cafes run on a franchise model, says Alina, adding that getting more and more institutions to believe in our purpose is still a challenge.

‘I wouldn’t be happier doing anything else’

“Everyone is friendly here, no restrictions as such and that makes the work atmosphere very encouraging and the sense of ownership is also high,” shares Keerthi, reiterating how her job at the café has refined her skills. “Since I rarely stepped out of my house, I had apprehensions when I first joined. But the kind of appreciation I got here has made be more confident,” she adds thanking Alina for recognising her talent.

For 28-year-old Srishail Suandatti, the best part about working at Mitti Café has been the kind of acceptance, empowerment and independence that comes with doing his job. “We were never even addressed as handicaps in this place. No one is treated superior or inferior and the entire setup is egalitarian. Our feelings are heard, respected and that’s what makes me happy.”

For Alina herself, the entire experience of working with people like Keerthi and Srishail is “heartwarming”.

The initiative mostly belongs to them. I don’t really need any incentive for the level of commitment these people show is the greatest of all. Coming from humble backgrounds, the kind of transformation they have shown makes me feel like I wouldn’t be happier doing anything else than this, she signs off.