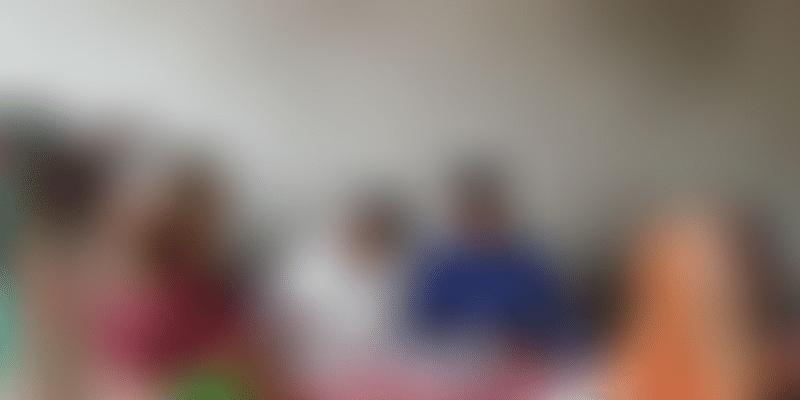 Started in 2008, Biosense has pioneered to launch many low-cost medical devices to benefit the diagnosis of chronic diseases in India.

It was the medical school training days that gave Abhishek Sen a first-hand opportunity to gauge the magnitude of conditions like malnutrition and anemia in India. At various postings in primary healthcare centres across Maharashtra, he was puzzled to find out how little technology was being used to treat most chronic diseases in the country.

Almost 80 percent of these life-saving devices and technologies are imported from western countries and lack accuracy to benefit the native population, explains Abhishek.

So, for Abhishek and his team of doctors and biomedical engineers, it was both the scale of the problem and the lack of indigenous, affordable solutions that prompted them to start Biosense Technologies.

Founded by Myshkin Ingawale, Abhisek Sen and Yogesh Patil—both doctors—and Aman Midha in December 2008, the healthcare firm has had a remarkable journey evolving from being a device manufacturer to a complete solution provider for chronic diseases in India.

From 2008 to 2013, Biosense mostly functioned like a college project, before it could be registered as a company. In fact, some of the products we later designed were conceptualised for our thesis assignments, quips Abhishek, recalling the fond journey of his dream startup.

Though Abhishek and his team bootstrapped for a while, they consider themselves fortunate for receiving support from organisations like Centre for Innovation, Incubation & Entrepreneurship (CIIE), at IIM, Ahmedabad in the early days. Biosense Technologies was also the first ever college project chosen to be incubated by Villgro-Menterra, way back in 2011.

I was told I would be a meeting a group of interesting innovators, so I stuck to assessing their ideas first. However, I figured they were a bunch of dedicated doctors who knew the problems well and were keen to create solutions. Coming from humble backgrounds, they dreamt of democratising healthcare in India and that’s what led us to believe in their vision and help them create a business around it.

According to Abhishek, India is currently in the process of undergoing a disease transition with a mix of communicable and non-communicable (wave 1&2) diseases being prevalent among different demographics. “The third wave being the one related to mental illnesses is an underreported one,” says Mukesh.

“Case in point, Mumbai, where you have issues like malnutrition and other communicable diseases being widespread in several slums and suburbs. While other urban city dwellers suffer from lifestyle disorders like diabetes, some people brought up in nuclear families are also likely to face mental health issues".

Though problems like anemia and malnutrition lead to range of other health complications like stunted growth, a sense of urgency with which they are either detected or treated is missing in India, Abhishek adds.

Currently, India tops the list of the most number of pregnant women suffering from anemia. It’s also the second most diabetic country in the world after China. Alarming statistics as these have also led the team at Biosense to come up with a range of affordable solutions, mostly for anemia, malnutrition and diabetes.

Biosense has developed devices like SYNC (smart and indigenously manufactured glucometer) and uChek (smartphone-based portable diagnostic system for routine urine analysis) to check the prevalence and spread of diabetes. While ToucHb is a non-invasive anaemia screener, Biosense has also designed and distributed a remote diagnostic kit that enables screening and monitoring of malnutrition at the sub-centre and anganwadi levels.

Ask Abhishek about the USP of most of these products and he lists ‘affordability’ as the top most one. "They are also easy to use and are data enabling from a diagnostics point of view,” he says. The connected, geo-tagged devices with potential for Aadhaar integration also allow prevalence tracking and targeted interventions for better public health outcomes.

Speaking about their revenue model, Abhishek says, "Our devices and consumables are distributed among several NGOs working in the public health sector, private hospitals and other partner organisations like pharmaceutical companies etc."

Having expanded their product portfolio over the years, Biosense has also grown from a team of just four to about hundred employees. However, the journey of nine years has not been a smooth ride without initial funding challenges.

But from an investor’s perspective, Mukesh is convinced that having just capital is not enough. “Capital is great, but greater impact happens only when you can work closely with the government,” he opines.

Apart from funding, the biggest challenge they faced was on the distribution front.

Once we finish designing a product, getting it out successfully is rather difficult considering the distribution sector for medical consumables is highly fragmented, says Abhishek, adding that ToucHb has been the most difficult among all their products to market.

Big push and plans ahead

Currently, having six products in their portfolio, Biosense is keen to enhance their R&D to develop and launch more products. On plans to scale up, Abhishek says, “We are also aiming to further build our distribution chain by reaching Tier II and III cities and optimising our supply chain.”

Biosense has also been able to create deep grassroot impact by working on malnutrition-related data with the involvement of health, women and child development and tribal ministries. In 2017 alone, they conducted over 600,000 diagnostic tests.

The district-wise segregated data collected by Biosense’s crowd-connected, geo-tagged devices can be very useful if used in policy making in the long run, says Mukesh.

In the past few years, Menterra Venture Investments has supported Biosense with seed funding, designing strategies, due diligence, distribution and sales, trials and tribulations etc. They have also provided Biosense with $1 million in direct equity investment and $2million in soft funding so far.

When asked about the motivating factor that inspires his team at Biosense to innovate, Abhishek concludes by saying,

Well I guess this is the only thing we know. The problem is huge, the opportunity is big and that’s what keeps us going.