From Jeff Bezos to Jack Ma: meet the 20 richest persons in the world 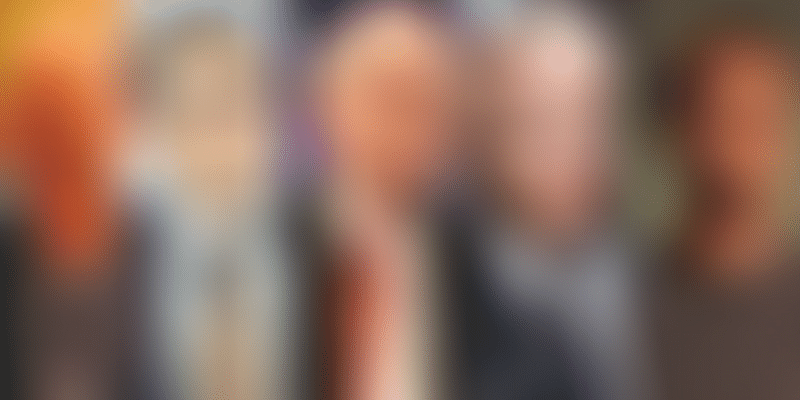 In the list of the top 20 billionaires, we have an Indian business magnate on number 19th. The list is not a male-dominated one, with two businesswomen in the top 20. However, those on the watch out for Elon Musk should know that the man behind Tesla and SpaceX is in the 58th position. Find out who the top 20 richest people in the world are, based on their net worth and the source of their income:

This 54-year-old is the CEO of Amazon, an American multi-billion dollar giant. A firm that started 20 years ago from a garage in Bellevue today employs nearly 566,000 people around the world. Amazon has grown over the years into a force to reckon with, and Jeff has been the primary force behind it.

In 2000, Jeff founded an aerospace manufacturer and spaceflight company, Blue Origin, which is mostly funded through his own investments. Last year, he revealed that he was selling about $1 billion of Amazon stock every year to keep funding Blue Origin. He is the first person to enter the list with a 12-figure net worth, and his gain of $39 billion from 2017 is the largest one-year gain ever seen on the list.

Bill Gates, along with Paul Allen, started Microsoft in 1975, which went on to become the world’s largest PC software company. In 2000, he moved to part-time involvement in Microsoft. It was the same year he and his wife, Melinda Gates, started the Bill and Melinda Gates Foundation. The 54-year-old is the second-richest man in the world. In 2009, along with Warren Buffett (who is the third-richest man on the list this year), Bill founded The Giving Pledge, where other billionaires pledged to give part of their wealth to philanthropy.

The 87-year-old Warren Buffett holds the reins of the Omaha-headquartered American multinational conglomerate, Berkshire Hathaway, and is known as the ‘Oracle of Omaha’. He is the Chairman and CEO of the firm, the world’s largest financial services company by revenue. A seasoned investor, Warren has always believed in taking well-calculated and informed risks.

This 69-year-old French investor and business magnate is the Chairman and CEO of LVMH (Moët Hennessy Louis Vuitton). One of the world’s largest luxury goods companies, based in France, it has 60 subsidiaries that manage smaller prestigious brands such as Sephora, Givenchy, Fendi, and Dom Pérignon, among others. Bernard is the richest man in France and is also a noted art collector and a major patron of the arts.

Mark Zuckerberg is the Co-founder, Chairman, and CEO of Facebook, the social networking company. The 33-year-old dropped out of Harvard when he was 19 but received an honorary degree in 2017. Mark is currently busy firefighting all the damage from the news reports about the data breaches, fake news, etc. that Facebook has been swamped with over the last few months. His leadership may have taken a hit, but he is still the fifth richest man in the world.

One of the wealthiest people in Europe, the 81-year-old Spanish business tycoon Amancio Ortega Gaona is the Founder and former Chairman of global fashion retailer Inditex. It is one of the world’s largest, with eight distinct brands such as Zara and Pull&Bear, and 7,475 stores across 96 markets around the world. He is the majority shareholder of the company, and also the wealthiest retailer in the world.

The richest man in Mexico, the 78-year-old Carlos Slim Helu is a business magnate, investor, and philanthropist. He was ranked the richest person in the world from 2010 to 2013 by Forbes magazine. His wealth comes mostly from telecom, but also his conglomerate Grupo Caso, which has interests in education, healthcare, transportation, sports, financial services, media, and energy, among others.

This 82-year-old American businessman is the CEO and Co-owner of Koch Industries since 1967.

The 77-year-old David Koch is the brother of Charles Koch and currently the Vice President of Koch Industries. With his brother Charles, he is also the Co-owner of Koch Industries. A chemical engineer and a well-known philanthropist, David is a donor to New York’s Lincoln Center and Memorial-Sloan Kettering Cancer Center. Both David and Charles are eighth on the Forbes list of richest people for 2018.

The 73-year-old American entrepreneur and businessman Larry Ellison co-founded Oracle, the global software firm, in 1977. He was CEO of the company till 2014, and as of now serves as chairman of the board and the CTO. He owns two military jets and is a licensed aircraft pilot.

For the next 20 years, he worked as its Chairman and CEO. Michael turned to politics in 2001 and served as the Mayor of New York from 2002 to 2013. He has also donated to various causes, including gun control and climate change.

The 48-year-old Co-founder of Google, Larry Page started Google in 1998 with Sergey Brin. Larry was Google’s first CEO and held that role till 2001. In 2011 he took up the role again. In 2015, Sundar Pichai took over as Google’s CEO while Larry became the CEO of the parent company, Alphabet Inc., which manages a wide variety of subsidiaries.

The 44-year-old internet entrepreneur co-founded Google with Larry Page. This Russian-born American computer scientist is now the President of Alphabet Inc. (the parent company). Larry and Sergey met at Stanford University. In 2015, when Google went public, it rechristened its parent company Alphabet Inc., with Larry and Sergey both taking up senior executive roles in the new organisation.

Samuel Moore Walton was the Founder of Walmart Inc., the retail corporation that owns and operates grocery stores, a chain of hypermarkets, and discount department stores. The 69-year-old Jim Walton is the youngest son of the Walmart founder. He, and the other heirs of Sam, collectively own just under half of Walmart’s stock.

For at least a decade, Jim sat on the Walmart board, till 2016, when his son Steuart took over from him.

Known as Rob Walton, the 73-year-old is the eldest son of Sam Walton. He took over as Walmart Chairman after his father’s death, chaired the board for 23 years, and still sits on it. In 2015, he retired as Chairman and was replaced by his son-in-law Greg Penner.

One of the wealthiest women in the world, the 68-year-old Alice Walton is the only daughter of Sam Walton, the Walmart founder. The heiress has mostly focused on art and art curation. She started the Crystal Bridges Museum of American Art in Bentonville, Arkansas in 2011. It is the first major art museum to open in the US since 1974. Over $317 million of the project’s cost has been donated by Alice Walton.

The 46-year-old Ma Huateng, also known as Pony Ma, is the richest Asian in the world. This Chinese business magnate is the Founder, Chairman, and CEO of Tencent, one of the largest internet and technology companies in the world. Its popularity is driven by WeChat, one of the biggest mobile messaging service platforms in the world today.

The 64-year-old French heiress Francoise Bettencourt Meyers and her family own 33 percent of L’Oreal’s stock. A French cosmetics company, it is one of the largest cosmetics companies in the world.

Francoise’s grandfather, Bettencourt Meyers, founded L’Oreal, and in 2017, when her mother, Liliane Bettencourt, died, Francoise became the reigning L’Oreal heiress. She is the richest woman in Europe and has written three books, including one about Greek Gods.

The 60-year-old is the Chairman and Managing Director of Reliance Industries Limited (RIL). He is the second-richest Asian in the world, just behind Ma Huateng and ahead of Jack Ma, the force behind the Alibaba Group, and the richest man in India. In 2016, with the launch of Jio, RIL made its mark in telecom, and that too has added to the fortune of Mukesh Ambani.

The 53-year-old Jack Ma is Co-founder and Executive Chairman of the Alibaba Group. In 1999, Jack Ma started a wholesale online marketplace called Alibaba from a small apartment in Hangzhou, and in 19 years, it has blossomed into one of the most diverse and valuable corporations in the world. In 2014, the company made a $25 billion initial public offering (IPO) at a market value of $231 billion.In 2016, it was recognised as the world’s largest and most valuable retailer after its revenues dwarfed those posted by American stalwarts such as Walmart, Amazon, and eBay.

This is just the tip of the iceberg. Beyond the top 20, there are so many known and familiar faces on the top 100 list. The list for 2018 also has 259 newcomers, including the first-ever cryptocurrency billionaires. There have been drops as well – 121 billionaires from the 2017 list are out, including all 10 Saudi Arabians. This year, the featured billionaires rule the roost, and until next year, we wait and watch who holds on, who rises, and which new billionaires are added to the list of the richest people in the world.