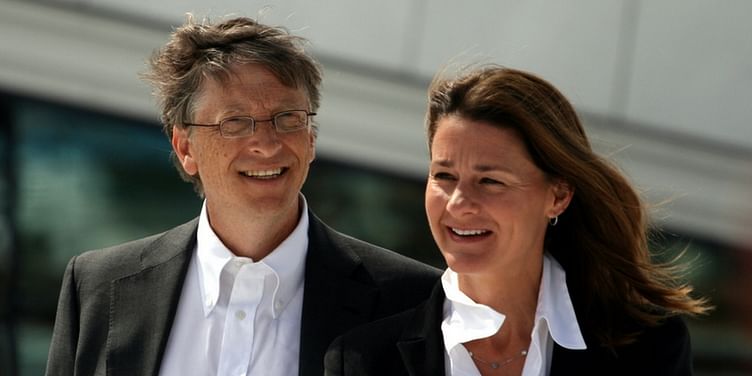 In 2000, Melinda Gates and Bill Gates – the Founder and former CEO of Microsoft – launched the Gates Foundation. It is a private foundation with around $38 billion in assets. Based in Seattle, the Foundation has three trustees – Bill, Melinda, and American business magnate Warren Buffet, who also serves as the Chairman and CEO of Berkshire Hathaway.

Since its inception, the Foundation has supported a broad range of issues such as education, health, and clean energy research and also established the Gates Cambridge Scholarships at Cambridge University.

As the foundation completes a decade, the duo, in their 10th Annual Letter published last week, addressed 10 tough questions they often get asked. The questions ranged from what they invest in the US to Trump’s policies impacting the foundation to them having so much influence, and even a personal one about what happens when the two of them disagree.

Their response to the 10 questions reveals the following areas where the Gates Foundation has shown that they have not just invested time and money but also spent a long time on research and understanding on how to best approach the problem. Here are a few interesting things that social entrepreneurs, investors, and foundations can focus on:

Research is the key to innovation

Be it education or climate change, Melinda and Bill show the importance of research. According to Bill, the foundation was one of the organisations that drew attention to the flaws in the way high-school graduation rates were calculated, “We funded research that identified the true graduation rate and helped build a coalition of states that agreed to use it.” On the issue of climate change, where he is personally involved, Bill also highlighted the importance of research. He shared, “The world needs new sources of reliable, affordable clean energy, but it has been dramatically underfunding the research that would produce these breakthroughs.”

Over the last 18 years, the Gates Foundation has spent $15.3 billion on vaccines. Immunization – though it seems like a small thing – has been key in making an impact.

“Better immunization is one reason why the number of children who die has gone down by so much, from almost 10 million in 2000 to 5 million last year. That’s 5 million families that didn’t have to suffer the trauma of losing a daughter or a son, a sister or a brother,” shared Melinda.

One of the tough questions that Bill and Melinda get asked often is, “Does saving lives of kids lead to overpopulation?”

It’s a question that the duo had tackled in detail in their 2014 Annual Letter, but since it’s an important subject, they revisited it again this year.

Melinda shared, “When more children live past the age of five, and when mothers can decide if and when to have children, population sizes don’t go up. They go down. Parents have fewer children when they’re confident those children will survive into adulthood. Big families are in some ways an insurance policy against the tragic likelihood of losing a son or a daughter. We see this pattern throughout history. All over the world, when death rates among children go down, so do birth rates. It happened in France in the late 1700s. It happened in Germany in the late 1800s. Argentina in the 1910s, Brazil in the 1960s, Bangladesh in the 1980s.”

Bill added, “When more children live, you get one generation that’s relatively big. Then, when families decide to have fewer children, the next generation is much smaller.”

The letter also reveals how technology, research, and innovation are key to tackling some of the most deadly diseases facing humanity, like HIV, cancer, etc. and how Bill and Melinda are deeply involved in the work that the Foundation is doing, down to the last detail.