The end of green card era! Why Toronto is the next top tech destination for Indians 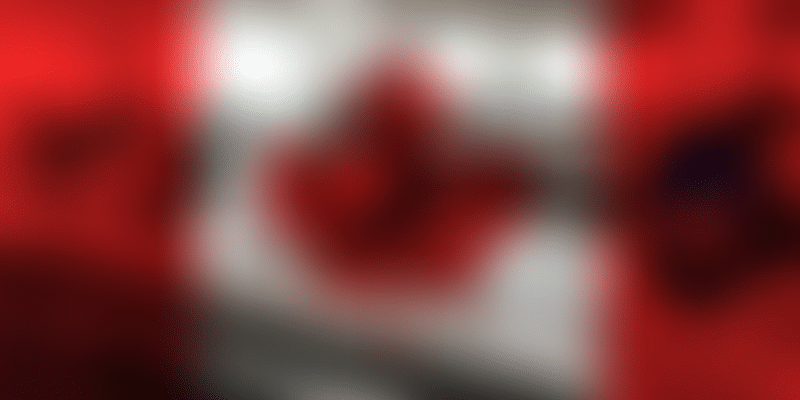 No industry has come close to tech in terms of empowering an entire generation of Indians. Even today, an engineering degree, especially in computer science, is a gateway to life most people dream about.

People want to be in tech or be associated with it - even those from other fields are looking to get into tech in product and other roles as a way out of other industries. A high salary, the chance to join an exciting startup, founding your own startup, working from anywhere, and globally applicable skills are just some of the perks of tech.

Most professions in the world are localised, and it is difficult to take these skills elsewhere, but not tech. You can take a software engineer and drop him into a tech company anywhere in the world and he wouldn’t know the difference till he actually stepped outside the building.

It’s no wonder that every country in the world wants to create a Silicon Valley, and attract skilled tech talent.

For years, the H1B visa was a path to US citizenship for many Indians. While being a restrictive visa with arcane rules, it served as a stepping stone to work in Silicon Valley and then get a green card in a few years.

Back in the 90s, web tech and software startups were a young space. At the turn of the century, web tech made a massive come back, and from the ashes of the dot-com crash grew new giants of the industry, and they’re still growing.

This created massive demand for the H1B visa, which had a limited quota, and as demand and abuse both grew, getting this visa was like winning the lottery. Even Indian students who completed their master’s degrees in the US found there weren’t enough visas to go around, and had to come back to India.

This system soon had other interesting side effects - getting a Greencard started taking longer. Today, as you read this, nothing has changed - getting an H1B is still a lottery, and if you do get one, then be prepared to never get a Greencard.

Silicon Valley the best place for someone in tech, but it’s not the only place. It pays the highest salaries, but takes a lot of that money back in terms of taxes and cost of living. You have no permanence, your spouse can’t work, and you have to deal with stressful visa renewals every few years. Finally, good luck with finding a place to live.

If tech is really this empowering and liberating profession, why not put some of those perks to use. Find a fast-growing tech centre that welcomes talent like yourself, has diverse and friendly people, clean air and water, a great forward thinking global brand, and a place with a high quality of life for your family.

Find that next hot stock and buy it early. Success in tech has always been about finding the next big thing, taking contrarian bets. Such a place exists, and it’s called Toronto, Canada.

Toronto is the fastest growing tech centre in the world. It is home to companies like Google, Amazon, Shopify, Uber, Ecobee, LinkedIn, Facebook, Slack, etc.

Geoffrey Hinton, the grandfather of Artificial Intelligence, is a professor at the University of Toronto and now heads Google Brain (AI) team in Toronto. Uber AI and its self-driving car efforts are based in Toronto. Google’s Sidewalk Labs is building the smart city of the future on the waterfront in downtown Toronto, and a couple Hyperloop projects are in the works to connect Toronto with Montreal.

Startups like Ecobee, 500px and others based out of the city are significant global brands, and new startups are launching every day. Vector Institute is a new AI research-focused organisation that is launched in Toronto with over $80 million in funding from companies like Google.

Toronto-based startups have seen big acquisitions like Careerify by LinkedIn and Bitmoji by Snapchat. Vitalik Buterin, the founder of Ethereum, is from Toronto and went to the University of Waterloo. I recently had a chance to visit the largest Ethereum Hackathon in the world held here, and the energy in the room reflected the importance of Canada in the decentralised tech and cryptocurrency space.

While the winter can be cold, it’s not too different from New York or Chicago. Things like free healthcare for life, good schools and universities, plenty of services for children and families, and great parks makes it a wonderful city to live in. Toronto is a growing city with plenty of housing and lets young families live close to work.

The city comes alive in the summer when it hosts global events like the Toronto International Film Festival, Buffer Festival, Comicon, and many others.

Toronto doesn’t see as much snow but it gets cold. Many people use it as a time to do some deep work or travel. The US, South America and nearby Caribbean islands are a popular destination.

Two of the biggest strengths of Canada are its brand and a sensible and forward thinking immigration policy. The government is focused on making Canada a destination for skilled global tech talent and has put its weight behind this goal. Express Entry is an easy and transparent process to get Canadian Permanent Residency, and the process is based on a point system. You get points for your work experience, education, language skills, etc and applications above a certain threshold are invited to complete the process and claim their PR.

The other way is to take a work visa. Traditionally, this was a little slow, but now the government has introduced “Global Talent Stream” a fast two-week process to get a work visa and work in Canada. Additionally, having a Canadian job gives you extra points towards that PR. When moving across the world to build your life, having some level of stability and clear route to put down root is what PR provides.

Over the next ten years, I see Toronto transforming into a world-class tech center and a destination for global tech talent. Every few days, I meet newcomers to Toronto who have moved here to be part of this new tech wave.

The high number of questions I get from friends in Silicon Valley stuck on an H1B inspired me to create a resource site for people thinking about moving to Toronto. The site is called Movnorth.com and filled with detailed guides to the PR process, life in Toronto and the story of my move.