How operator MTN is creating Africa’s version of Amazon, Netflix and Alibaba combined 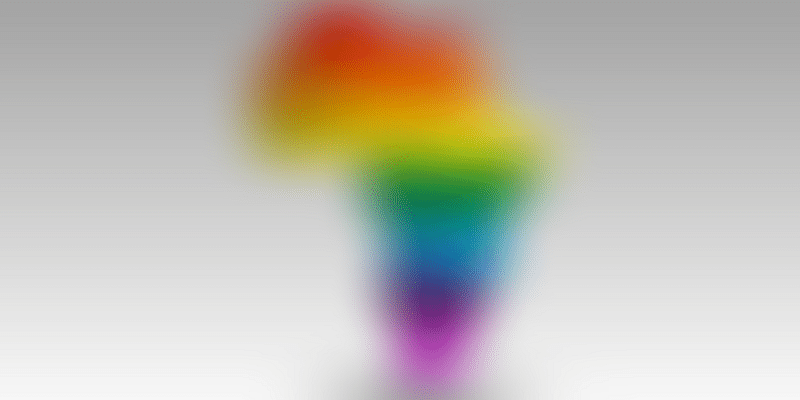 Africa is a world leader in areas like mobile banking and money, with new opportunities opening up in digital media and ecommerce. Speakers at IADS 2018 identified affordable access, shared infrastructure, and forward-looking regulation as key requisites to fully realise Africa’s digital future.

Ecommerce and content giants of the world such as Amazon, Netflix and Alibaba are not active players in the Africa market as yet, which leaves the door open to local players to dominate this space.

Along with Goldman Sachs, Rocket Internet, and other investors, MTN has invested $326 million in the Africa Internet Group, the parent of Africa’s largest ecommerce player, Jumia. MTN has also partnered with Jumia to launch an Entrepreneurship Challenge to help solve the continent’s pressing problems.

Speaking at the recent Innovation Africa Digital Summit (IADS) in Addis Ababa, Singh explained that the expected growth of the middle class in Africa is 54 percent between 2020 and 2030. Africa also has the world’s youngest population, with a median age of 16.3 years. Of the 10 world’s youngest countries, all are in Africa.

Digital can help leapfrog the underdeveloped brick-and-mortar retail sector in Africa: there is only one store for 60,000 people in Africa (compared to 22,000 in Latin America and 7,000 in Asia Pacific).

Ecommerce player Jumia, regarded as Africa's first unicorn, has built a strong ecosystem to capture this huge market opportunity with offerings like Jumia Logistics and Jumia Pay. Launched in 2012, Jumia is present in more than 10 African countries.

MTN and Jumia’s business models are a mix of Alibaba, NetFlix and Amazon, according to Singh. MTN is also looking at India’s plan for the Umang integrated e-government transactions app as a model to learn from and adapt for Africa.

In 2017, Jumia reported over €500 million GMV, 8 million packages handled, 50,000 vendors, 4.2 million consumers, and 500 million website visits, according to Singh. Consumers can buy a wide range of products (such as fashion, beauty, electronics, phones, grocery) or online services (hotel and flight booking, restaurant delivery) on the various Jumia platforms and apps.

The PwC Global Entertainment and Media Outlook estimates that the market size for video, music, gaming, and other lifestyle digital services in MTN markets is around $4.2 billion. Ripe opportunities lie in digital info services, digital music, and OTT video, according to Singh.

MTN is partnering with international players as well as nurturing the development of indigenous African content, via Nigeria MTN’s Music+ streaming service, and organising music festivals in Africa.

The ecommerce market could be worth as much as $5 billion by 2020, with e-government being half of that, according to Singh. Digital ecosystems will be multi-disciplinary, and will require new models of technology and operation.

“Digital initiatives can substantially improve the quality of lives of Africans on a massive scale. Ecosystems can only be built in a collaborative manner with value chain players,” Singh said.

Other ecommerce players in Africa include Konga.com, based in Lagos, Nigeria. Africa is also home to Kenya’s mPesa mobile payment pioneer, and South Africa’s Naspers media conglomerate, which has invested in China’s TenCent, India’s Flipkart and the Middle East’s Souq (see my book review of Six Billion Shoppers by Porter Erisman).

By the end of 2017, MTN had recorded 22 million active Mobile Money customers and 325,000 active agents in 14 countries. MTN wants to increase this base to 60 million subscribers by 2020, according to Ebenezer Asante, Vice President, Southern East Africa & Ghana, MTN Group.

In Uganda, customers can remotely open a MoKash account using their phones and access micro-saving and loan services. In Ghana, subscribers are able to invest as low as $3 and above in government treasury bills through Mobile Money. Overseas remittances to MTN Mobile Money wallets are available in Cameroon, Côte d’Ivoire, Rwanda, and Zambia.

The MTN aYo extends financial services to life insurance, hospital cover, and payment of school fees for children who have lost their parents.

Africa should go beyond the mere consumption of ICT and become suppliers of value-added innovations, Asante urged.

“Africa is a true leader in mobile banking payments,” Singh said. In eight countries, MTN has more than one million mobile users, which can be regarded as a tipping point in those markets.

Mobile Money usage is at 200 million transactions per month, amounting to $4 billion in total transaction value. The usage of Mobile Money now accounts for 66 percent of MTN’s network. Simplified transaction processing allows transfer of funds and purchase of goods and services for as low as a dollar, according to Singh.

Potential offerings of MTN for other African countries such as Ethiopia include merchant services, bulk payments, and e-government transactions. This enables governments to save the cost of manipulating cash, simplify social disbursements, and fasten social and tax payment collections, Singh said.

The success of ambitious initiatives like those of MTN will largely depend on how well ‘Digital Africa’ takes off. “Africa’s future is digital. Asset-light and agile Africa-centric solutions will win,” says Singh.

The solution for Africa is trade not aid, and low-cost but not cheap. The governments should make it easier for companies to launch businesses, invest in power, promote local content, and ensure upskilling of the workforce, he recommends.

Affordable access, shared infrastructure, and forward-looking regulation were also identified by a range of speakers at IADS 2018 as key requisites for Africa’s digital future to be fully realised.

Companies such as SES Networks and NuRAN wireless are boosting wireless and satellite connectivity in Africa. Liquid Telecom and Helios Towers are advocating infrastructure sharing (such as mobile communication towers) for cost reduction, faster rollout times, better resilience, contract sustainability, and better sales and delivery planning. Africa will be host to a wide range of networks from 2G to 5G, and service providers are balancing technological capability with market capacity.

Liquid Telecom’s networks span 60,000 kilometres and 15 countries in Africa. Its African Digital Corridor initiative will connect all of Africa on a terrestrial fibre network.

Sam Nkusi, Chairman, East Africa, Liquid Telecom Group, said major data centres are emerging in South Africa, Kenya and Nigeria, and there is growing demand for cloud services from African businesses. Business transactions will move to a utility-based model, and Big Data will create a “super mine” for analytics and insights.

More local and localised content generation is needed, along with local hosting. Language literacy should be augmented with digital literacy, urged Chidi Ajuzie, CTO, Backbone Connectivity Network, Nigeria. For example, the Nigeria Broadband Plan (NBP) is planned to be implemented over five years (2013 – 2018), targeting increase of broadband penetration from 6 percent in 2013 to 30 percent in 2018 (with at least 50 percent of the population having 3G access).

Andrew Rugege, Regional Director for Africa, ITU, feels digital policies and regulations for Africa should be collaborative, light-touch, forward-looking, inclusive, innovative, and evidence-based. Requirements such as local loop unbundling and “dig once” should be enforced on fair and reasonable terms.

Radio spectrum should be available in a non-discriminatory manner. “The migration from analogue to digital TV will liberate the digital dividend,” he added; this will free up more spectrum for rural communications.

ISOC helps provide internet access to communities, along with proactive policies and engagement activities. New country partners, such as Zimbabwe, have been signed up in Africa. Upcoming regional events for ISOC include the Community Networks Summit in Mankosi, South Africa.

Industry and academia also need to jointly engage to promote ICTs in Africa. While much has been written about the role of local universities in innovative regions like Silicon Valley, African universities are also stepping up their digital innovation activities.

Christopher Momanyi, Lecturer, Strathmore University, said: “Academia are the apex of digital transformation.” Founded in 2010, @iLabAfrica is Strathmore University’s ICT driven centre of excellence in research and innovation. Its entrepreneurship and commercialisation arm is @iBizAfrica, and spurs local and global innovation new ventures and spinoff companies.

Graduated startups from @iBizAfrica include Purpink Gifts (ecommerce); it received seed funding from the Idea Foundation Programme. EliteWays Travel is another startup that began as a class project, and now provides corporate shuttle services.

To gain and retain customer confidence, telcos will also have to ensure that they properly address data privacy and security. “Data is the new gold,” observed Florence Guthfreund Roland, Partner, DLA Piper. “Telecoms-related markets and associated data flows are exploding worldwide,” she explained. More than five billion people worldwide use smartphones, with over three billion connected to social networks.

Sixteen countries in Africa have personal data protection laws, and others reportedly have bills under review that are yet to be passed into law. Some countries have a Data Protection Authority, explained Guthfreund: Benin, Burkina Faso, Cape Verde, Gabon, Ghana, Ivory Coast, Lesotho, Mali, Morocco, Senegal and Tunisia. South Africa passed the Protection of Personal Information Act (POPI) in 2013.

A range of keynotes and panels focused on the special role of Ethiopia in Africa’s telecom market.

ICTs can transform the socio-economic landscape of the country, explained Esayas Dagnew, COO, Ethio Telecom, as he spelled out a vision for Digital Ethiopia.

Ethiopia is a fertile and alluring “fintech dream-land,” Amsalu explained. It has 100+ million population and 65 million mobile subscribers, but only 22 percent of the population consists of current bank account holders.

Kifiya, a fintech company operating since 2010, enables G2C and B2C transactions, branchless banking, and digital payments. In 2017, it launched international remit-to-pay service MELA in partnership with Mastercard. The target is $2 billion (out of about $5 billion) annual Ethiopian diaspora remittances, according to Amsalu.

In sum, sectors to watch in Africa include mobile payments, digital media, and e-government services. A range of solutions providers are rolling out innovations that are converging and at times confusing the market, but rational and forward-looking infrastructure design coupled with progressive regulation can help reap the dividends of Africa’s digital future.