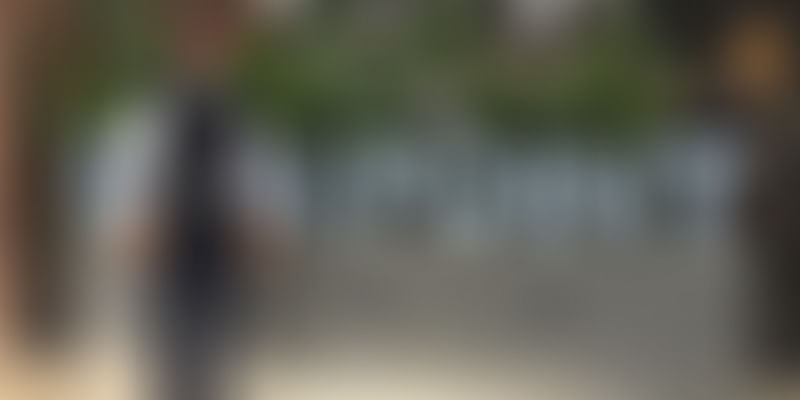 With revenue of Rs 58.8 crore in the previous fiscal, Chai Point is set to disrupt the market with a blend of its online and offline offerings. The company has steady revenue growth of between 48 to 50 percent.

“Consistency is super important for us, so much so that I am paranoid about it,” says Amuleek Singh, Co-founder and CEO, Chai Point, at the launch of the foodtech platform’s 100th store in Bengaluru. The store, bustling with activity, is more than just a regular walk-in-store on Indiranagar's 12th Main Road.

It is Chai Point’s first cafe, a little different from its usual focus on walk-ins for a cup of tea. For the last eight years, one thing has been consistent - the taste. Whether it is the tea or the delectable banana cake, everything about Chai Point has had the same feel and taste.

The beginnings of Chai Point 2.0

Chai Point first began operations in 2010 through retail outlets, primarily in tech parks, which housed its target audience. Today, the company is present in Bengaluru, Hyderabad, Pune, and Mumbai, and has raised $33 million in funding.

According to the company’s filings with the Registrar of Companies (RoC), its revenue in the previous financial year ended March stood at Rs 58.8 crore, which is an almost 60 percent jump from the last year's revenue. The company also showed losses of Rs 38 crore, according to its RoC filing.

Today, Chai Point sees 60 to 70 percent repeat online orders a month, and a repeat rate of two to three times a week in store. The average basket size online is Rs 250, while it varies from city to city for the offline stores but is currently at Rs 140.

“We are looking at this Rs 140 to increase to Rs 200,” Amuleek says. The company aims to onboard one tea and coffee estate every month. The idea is to bring single origin teas and coffees to the consumer.

“We realised from day one that we need to provide quality and consistency, along with convenience and accessibility, to remain relevant. Our omni-channel business is powered by technology, which is used to efficiently manage our supply chain, as well as our customer experience,” Amuleek says.

What sets the company apart is the fact that it, right at the very beginning, set up the Mountain Trail Academy in Delhi, where it trains all employees.

“We knew we were after ritual, and ritual means repeat, and this means quality and consistency. It means you need to simplify the process and focus on the right ingredients. But you can’t shy away from training, and in a fast-evolving stage this becomes all the more important,” Amuleek says.

The foodtech space, Amuleek realised, needed to be a play between online and offline. This is when the team decided to build its proprietary PoS (point-of-sale) system - Shark. It helps them manage order placement, collecting payments, capturing customer information, and managing the supply chain to collecting actionable insights and viewing reports. Shark also acts as a platform to capture customer information, such as their spending capacity, and create individual strategies for each customer.

Believing that the team needs to add in more technology and bring in easy access to the consumer, in 2016, Chai Point launched its IoT-enabled business called boxC.in - tea and coffee dispensers. They are equipped with smart devices, which are connected to the cloud. These devices capture signals from vending machines, and send real-time data to the cloud which, in turn, is directed to the clients through a customer relationship management (CRM) dashboard, all powered by the Shark platform.

Interplay of online and offline

In an earlier conversation with YourStory,  Amuleek had said, “Using this data, we also suggest optimum brewing and flushing cycles, thus ensuring that the quality of beverages is maintained consistently.”

Another proprietary technology is a machine learning engine, Shark ML, which predicts demand at retail stores as well as in the boxC.in business. This helps in inventory planning and management, predict demand, and prevent loss of revenue.

Amuleek believes the biggest problem that the food and beverage industry faces today is repair and maintenance of the beverage dispensers, which hampers customer experience and causes revenue loss. Over-stocking and pilferage are other problems that are prevalent.

To remedy this, the boxC machines are equipped with an app through which facility managers can order raw materials from Chai Point as and when needed. “We analyse all data points captured and give our clients insights into whether they are consuming the correct amount of raw materials,” he says.

“Technology is no longer an add-on, or fancy feature above the core offering; rather it is an enabler to smoothly deliver the core offering to the customer. At Chai Point, we weave all this into a single offering and provide a seamless experience. We can confidently say that chai won’t be the same without technology powering it," says Amuleek.

The need for a cafe

The cafe model is new for Chai Point. While the Chai Point stores do have minimalistic tables and chairs, none of them are like the one in Indiranagar. The store has many “new” things associated with it. Apart from being Chai Point's first cafe, the store also has face recognition billing for loyal customers. Amuleek refers to the new store model as the beginning of Chai Point 2.0.

“Face recognition is another step towards the loyalty programme. Many times, the customer is made to punch in their numbers or give phone numbers, which need to be keyed in. This is a cumbersome process. Facial recognition at the billing counter just makes it easier,” explains Shirish Surti, VP Engineering, Chai Point.

Apart from this, the store has WiFi, and also a new selection of food that pairs well with tea.

Amuleek says the store marks the beginning of a new and enhanced customer experience for the company's core consumer. So why this sudden shift towards a cafe model?

“We are focused towards catering to the white-collared working professional. Their needs determine what we do next. Coincidentally, the timings when people want tea is also the time of peak traffic, that is, mornings and evenings. At these times, stopping a vehicle to pick a chai is difficult. We, therefore, felt that a store needed several elements. The three pillars we want the store to focus on are warmth, authenticity, and progressiveness,” Amuleek explains.

The team claims the overall chai market to be worth Rs 1.5 lakh crore in India. They believe that the average per capita consumption of the beverage is increasing at a steady rate of 20-30 percent.

The tea market for readymade tea is believed to be at Rs 33,000 crore, and has been growing at a pace of 15 percent annually. Chai Point currently sees competition from Chaayos. In 2015, Chaayos had raised $5 million from Tiger Global. In the same year, Chai Point secured $10 million in a round led by Fidelity’s proprietary investment arm and Eight Roads Ventures (formerly Fidelity Growth Partners India), with participation from Saama Capital and DSG Consumer Partners.

Chai Point also has a B2B presence with its dispensers in several startup and corporate offices. According to a Franchise India report, the coffee and tea industry was worth Rs 41,800 crore last year. Any coffee vending machine is priced in the range of Rs 55,000 to Rs 100,000. Speaking more about its B2B business and dispenser business, which now indirectly competes with the Nescafe's and Cafe Coffee Day dispensers, Amuleek says,

"It currently is too early to comment or talk about the B2B business. But it is an important and growing part of the business." He adds that their proprietary technology and the fact that they have someone from the team regularly come in and monitor their product sets them apart.

Amuleek believes just getting the basic service right isn’t enough. You need to keep a customer interested and excited, and also keep offering him more options, more reasons to come back to you.

“It is important to create differentiators and give people the options of different kinds of chai. You also need to make your consumers aware of choices. For example, we introduced jaggery instead of sugar and we made sure that our customers were aware of it. And then when the customer comes in or orders it with jaggery, we need to make sure the taste suits their palate,” Amuleek says.

Chai Point is readying to go full steam ahead, and Amuleek is leading from the front.