With a gamosa and the Indian flag on her shoulders, Hima Das becomes India’s first world gold medallist on global track 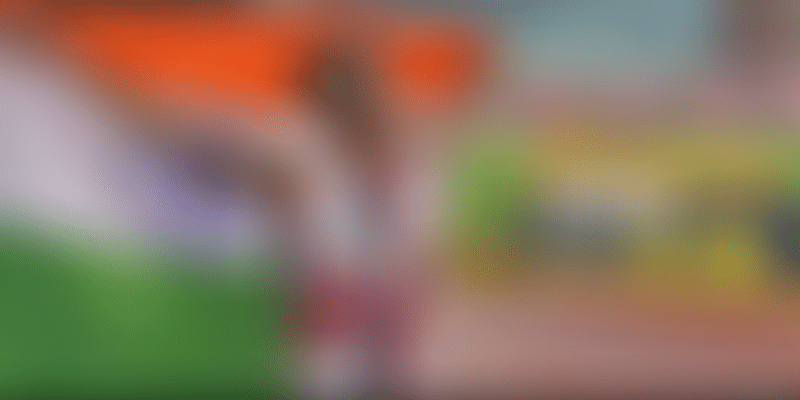 The Dhing village in Nagaon district is celebrating history. Eighteen-year-old Hima Das, daughter of a rice farmer, has brought India its first gold medal at the World U20 Championships in Tampere, Finland. Finishing the 400-metre run in 51.46 seconds, Hima has made the nation proud.

On the track, she started slow and trailed on the home stretch but what was a gamechanger was the last 80 metres, where she overtook three opponents.

Hima, who has been practising the sport for the last two years only, had recently won her first competitive race — an inter-district meet in Sivasagar, Assam. Nipon Das, who is her coach, said in an interview with the Indian Express that,

Her race begins in the final 80 metres. Her progress just shows how much potential she has. It has been just two years since she first wore spikes.

The coach, however, confesses that her personal best was 51.13 seconds. Hima was competing against countries like the US and Jamaica, who had recorded wins over the last few years, says Hindustan Times.

With this win, she joins an elite club of athletes like Seema Punia (bronze, discus), Navjeet Kaur Dhillon (bronze, discus) and Neeraj Chopra (gold, javelin) who have put India on the global map.

Hima started her career with football, which is when someone recommended her to pursue athletics. Speaking more about her, coach Nipun said,

She was wearing cheap spikes but she won gold in the 100 and 200. She ran like the wind. I hadn’t seen such a talent in ages.

On Nipun's advice, Hima relocated to Guwahati, 140 km away from her village and stayed at the Sarusajai Sports Complex, in a rented accomodation. She is the youngest of her six siblings.

I keep telling Hima only one thing: Dream big. Because only a few are blessed with God-given talent. My aim was to try and make sure she is part of the relay team for the Asian Games. But she has surpassed all expectations by winning a world championship gold in the individual event.

India is delighted and proud of athlete Hima Das, who won a historic Gold in the 400m of World U20 Championships. Congratulations to her! This accomplishment will certainly inspire young athletes in the coming years.

Woke up and felt a genuine wave of Pride Love & inspiration. What an amazing athlete you are...#HimaDas Kya Baat hai! pic.twitter.com/gcDnyXxwRj

The biggest positive to come out of what Hima Das has achieved isn't the medal, it's the hope that India can. Take a bow, champion!