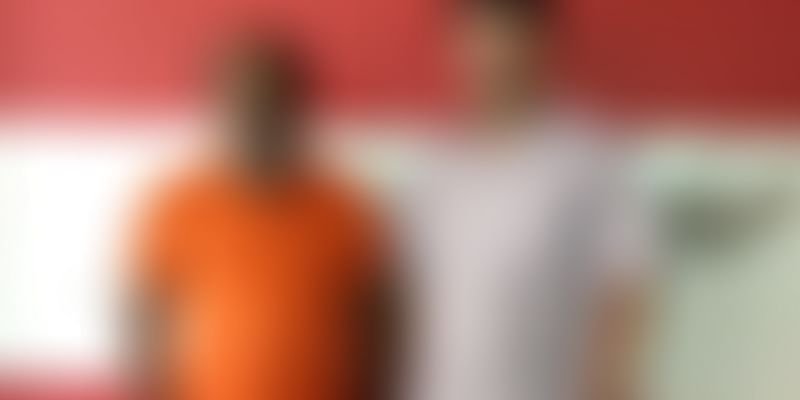 Where it is based: New Delhi

The problem they solve: Help track sales engagement and conversion of leads

Anyone who’s in business knows this: selling isn’t easy. The self-service revolution and customers who are more informed than ever have led to an evolution of the sales business. Getting leads, translating them, customer engagement, and higher expectations mean companies need to be on their toes.

Enter Imaginesales, a Delhi-based company that wants to make sales engagement a science. The startup, which was founded in 2016, aims to help sales reps – and businesses – stay on top of sales leads, improve prospect engagement, enhance sales followups, and grow revenues.

Imaginesales was born from Sudip Samaddar’s 20 years of experience in sales. Sudip, had done it all - from distributing pamphlets door to door to working in sales organisations of IT companies. However, one single experience led him to start up. Sudip was consulting for a couple of large clients between 2014 and 2017 and realised that between tracking multiple salesmen, leads, telephone calls, and emails, there was no way human interaction could do a better job of making potential clients sign a cheque. He shut down his consulting company in 2016 and began thinking about a process of automating sales engagement and empowering salesmen.

“The idea was in my head and through common friends I met my co-founders, who built the technology in early 2017,” Sudeep says.

The other co-founders were Manish Kumar, who had worked in several telephony and database management companies; Hitesh Mahthpal, who had worked with Infosys; and Puneet Agarwal, who was with ITC Infotech. Coincidentally Puneet is also an angel investor. They met Sudeep in early 2017, and realised that he was on to something.

Why? Say a salesman is selling an automation tool to an automobile factory. S/he has to meet multiple stakeholders before the cheque is signed. Decision makers include the plant manager, the C-Suite leaders, and the CEO. This is a leadership decision and so all conversations that occur over email and phones need to be tracked by the technology company selling the automation tool. This, Sudeep thought, could be done by the Imaginesales’ sales engagement platform, which converts conversations to data and gives teams the ability to track each conversation and figure out the cost of sales.

“A sales rep managing 100 leads has to create and complete 600 tasks. This cannot be done manually; s/he needs the support of technology. The second problem is tracking leads,” Sudip says.

The team built the technology in 2017 and were ready by October 2017 and that is when they went live. They quickly signed up 10 small businesses and began to help them track sales.

Imaginesales is a Saas business and its app integrates with any business application, be it Zoho or any Google business suite. Think of this app as a Trello for sales.

According to Imaginesales, these are the four ways its product solves the sales conundrum:

Problem 1: Sales reps spend four hours every week updating their CRM and only manage to complete 40 percent of the sales update.

Solution 1: The sales engagement platform as a plugin with CRM helps automate task completion if the activity is done and automatically creates a new task if the prospect has not replied.

Problem 2: It takes more than seven followup attempts to break through a prospect’s stratosphere. An executive is able to manage only three attempts to contact a prospect. With so much data to track, sales reps struggle to catch up.

Solution 2: The sales engagement platform monitors exactly where the leads are in the sales process and helps reps follow up, with information on what to say while following up and whom to follow up with on any given day.

Solution 3: The sales engagement platform helps to personalise at scale.

Problem 4: It is clear that before a prospect invests money with the sales person, s/he will invest time in knowing the sales. Sales are the sum of engagement. However, sales reps do not have a tool that can measure engagement or disengagement.

Solution 4: The Imaginesales engagement platform measures engagement, be it over email or over calls. It can measure all forms of feedback and train the sales person on a real-time basis.

Sudip and his team have invested Rs 50 lakh in the business and want to engage with over 100 customers in 18 months. Currently they have a basic version, a professional one, and an enterprise version; the pricing is yet to be revealed to the public. They charge on a per-user basis and have over 100 users across 10 companies.

The company says its revenues are still small, but expects to hit more than Rs 6 crore by the end of this year. “We are yet to raise VC investments. We will raise money after reaching a steady set of customers,” Sudip says.

Saas is a $73.6 billion industry worldwide, according to Gartner Inc, and is dominated by Salesforce, Oracle and Google. The company competes with InStream, Nudge, Tact, and Zipari, which are serving businesses globally.

But the Saas pie is large, and hopefully the Imaginesales team will crack the sales mystery and get itself a chunk.