Aalaap brings together art, artistes and audiences to keep classical music humming along 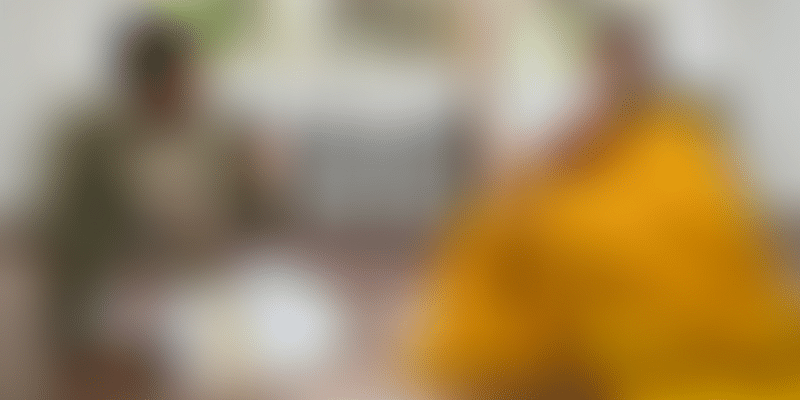 Chennai-based Aalaap has collaborated with artistes from across India and the world for ideation, content curation, research, event management and logistics, design, publicity and promotions.

With remix songs and ‘item’ numbers, today music seems to be jaded and losing its glory. Gaining access to traditional artistes, folk musicians and Carnatic practitioners looks like a challenging task. However, the digital and online medium hopes to bridge the gap and help bring music from different parts of India to a common platform. This is what Aalaap is working on.

With an aim to create systems and processes to work with individual artistes and help them present their work in a creative way, Akhila, 39, founded Aalaap in 2012.

Aalaap prides itself on being an ideas and innovations platform, which celebrates classical art forms in contemporary formats. The Chennai-based organisation has collaborated with performing artistes from India and across the world on aspects of ideation, content curation, research, event management and logistics, design, publicity, and promotions.

“I felt the need to tap into the gap that existed in the world of performing artistes by working as an effective communicator, a good strategist, a marketer and a writer,” says Akhila Krishnamurthy, a former journalist and the founder of performing arts initiative Aalaap.

Over the years, Aalaap has connected with over 50,000 people and has worked with renowned artistes such as Carnatic vocalist Bombay Jayashri Ramnath, playback singer Karthick Iyer, and cellist and composer Saskia Rao among others.

It has also worked with nearly a hundred artistes from India and across the world including North America, Singapore, Bengaluru, Hyderabad, Delhi, Mumbai and Kerala.

Growing up in a household filled with music, Akhila was trained in classical music and having worked as a journalist with numerous publications, she decided to quit the profession in October 2012 to pursue her passion and work in the music industry.

She says her sole aim was to bring sensitivity to the arts, and through a platform, explore and innovate ways to connect artistes with audiences; create avenues where people can have conversations with artistes in spaces that are non-intimidating. The team aims “to break the hierarchies that exist in the world of classical arts.”

Aalaap means several things. In the context of music, it means music without lyrics; in Carnatic music it is the opening before a song, a prelude. “Aalaap’s tagline, ‘to each its own’, came from how everyone sings or treats an Aalaap in a style of their own,” Akhila explains.

Akhila was awarded the Best Woman Entrepreneur for Aalaap at the CII conference in 2017.

As an ideas and innovations company, Aalaap’s initiatives – print, online, and on-ground — have stemmed from an intent to help artistes communicate with the audience in ways that is engaging and accessible at the same time. It engages with the art, artistes, and audiences in the following ways:

1. The Aalaap Magazine: Aalaap’s bi-monthly magazine, which was first published in December 2012, compiles varied and compelling points of view on specific themed subjects by artistes and critics.

2. The Qs: Another online editorial venture of Aalaap, the Qs was inspired by the idea of having a face-to-face conversations with artistes across genres — music, dance, theatre and cinema.

“The Qs is an attempt to record and transcribe the words of artistes, as they say it allows the readers to discover a dimension of themselves on the aspect of arts and life. The Qs is also a repository, an archive for the future generation, who’d like to know an artiste better,” explains the Aalaap team.

3. Humans of Arts: Inspired by Brandon Staton’s Humans of New York blog, Humans of Art is a work in progress. A store-house of short stories, this initiative attempts to explore and unfurl the often unseen side of performing artistes across the globe.

“We have also launched an annual performing arts quiz and an inter-school dance contest called ‘Battle of the Anklets’. When we launched, we conducted an online contest called Shoot Yourself Singing. The winners had the unique opportunity of performing exclusively in front of a Carnatic maestro and an intimate audience,” Akhila adds.

Presently bootstrapped, Akhila says raising funds has always been a challenge for them.

“The classical music market is growing, but unfortunately, it is not as popular as cinema. Hence, to get funding for the arts is a huge challenge. Also, with the attention span dwindling, it’s a struggle to keep the audience hooked. Artistes are re-thinking ways to present their work to an audience that is constantly seeking new things,” she says.

Aalaap has collaborated with Alarmel Valli, an internationally-acclaimed Bharatanatyam dancer and choreographer, to curate an annual festival of dance and music called Bani. It has also joined hands with Dr Srinidhi Chidambaram for the Natya Kala Conference, which is a five-day conference held in December every year.

“In the near future, Aalaap hopes to create and contribute to a world where arts is everywhere and not restricted to a certain kind of people or place,” Akhila concludes.