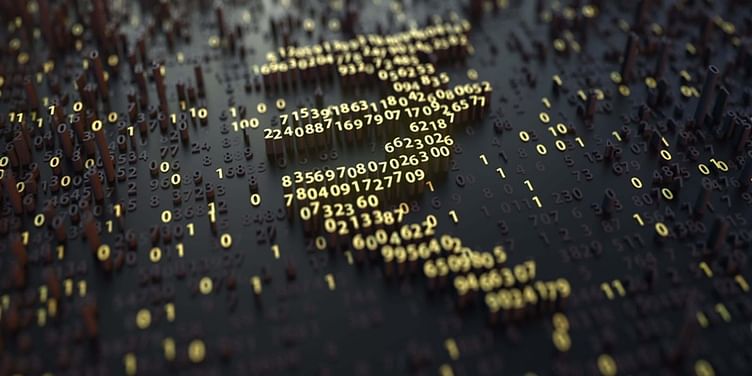 As per the latest estimates, there are about 100 million blue-collar workers in urban India, largely employed in the ever-expanding urban informal sector[1]. This sector represents a wide range of unskilled and semi-skilled avenues of contractual or casual employment. The blue-collar segment includes service providers like plumbers, gardeners, drivers and domestic helpers, alongside individuals who work in small and micro-workshops, and factories. At a base income of $2500 per worker, this segment earns close to $250 billion annually[2].

Generally, workers in the urban informal sector are migrants from rural areas or come from low-income households living in urban slums. They have little bargaining power and work in jobs that are insecure and unprotected. Without formal contracts, such jobs tend to be unstable and often yield unpredictable income[3].

This makes the blue-collar segment especially vulnerable to transitory loss of income or unexpected expenditure shocks.

Strategies to deal with the need for liquidity

Majority of households in India, including those in the lowest income quintiles tend to save in the form of physical assets, frequently in durables, gold or real estate. Such assets are difficult to liquidate at short notice and thus, offer little relief during emergencies[4]. Micro evidence of financial savings in the blue-collar segment point to a preference for precautionary or goal-oriented savings[5]. However, simple accumulation of cash or “saving up” is difficult without disciplinary pressure, and may not translate into the availability of lump-sum cash during times of need[6]. The only recourse available to low-income households at such times is borrowing from non-institutional sources or to “save down”.

Non-institutional sources impose high social or economic costs on borrowings. Friends, relatives and family may be ‘benign’ lenders, but lapses in repayment affect the social reputation of a borrower. Private moneylenders on the other hand, impose extortionary rates of interest and trap borrowers into unending cycles of indebtedness[7].

The relevance of Traditional Chit Funds

At the intersection of (1) need for credit and (2) need for savings to offset dependence on expensive credit, blue-collar workers tend to ‘save through’ or participate in hybrid informal arrangements like chit funds[8].

A chit fund or a rotating savings and credit association (Rosca) is a community-based financial arrangement. In a traditional chit fund, members of a community come together and form an association which meets at regular intervals. All members contribute a fixed instalment at every meeting. Typically, the pot of money collected at the end of each meeting is auctioned off to the lowest competitive bidder. Leftover money from the pot is distributed between all participants as a dividend. This process continues for as many meetings as there are participants.

In a chit fund, participants who win early are akin to borrowers, while those who wait till the end act as lenders. Dividends generated become the equivalent of interest payments[9].

Traditional chit funds are usually embedded in close-knit communities. The familiarity instils trust in the system, has a disciplinary effect on the saving behaviour and induces a commitment to saving[10]. On the downside, traditional chit funds being geographically constrained, exclude migrants and individuals with limited social capital.

Let us illustrate this limitation with the case of Mohan. The 23-year old works as a gardener in a residential complex in Ahmedabad. His monthly salary is Rs 7500. His employer pays him by cheque and once it clears, Mohan uses an app on his smartphone to remit Rs 5000 to this father’s account and withdraws the rest of the money for his monthly expenses. Mohan’s family - his parents and younger brother - live in a village 80 km from Ahmedabad. His brother is in school and his father tends to less than an acre of cultivable land. For most months, the family has no steady source of income.

Mohan has studied till class 10 and believes a diploma will improve his career prospects. The course fee, though, is considerable and supersedes his disposable income. Hence, Mohan is keen to join a chit fund to meet his goal. He feels a chit fund will motivate him to save regularly and when it is his turn to collect the pot, he will take home enough money to cover education costs. However, when he applied for membership, Mohan was rejected on account of being a migrant.

Considering Mohan’s situation, what can an entrepreneur in the digital financial space do to help him overcome his barrier to inclusion? To begin with, an entrepreneur can use emerging technologies to help Mohan in two ways - (a) by providing a digital platform for chit funds to remove geographical barriers (b) by developing a credit score for Mohan using his transaction behaviour to address the trust deficit.

A workflow, such as the one above, will not only enable Mohan to create a chit fund but also generate a credit score. Ownership and authorisation over transferability of his credit scores will enable Mohan to leverage his reputation with banks and other NBFCs, opening up multiple avenues for credit and other financial products.

CIIE’s Bharat Inclusion Initiative has created this use-case as part of the ‘Building for Bharat’ series to spark conversations around how technology-enabled entrepreneurship can enhance inclusion of the underserved in India.

Kritika Gautam and Trisha Ghoshal are researchers with the Bharat Inclusion Initiative at CIIE. Research at BII aims to identify gaps and opportunities for innovation and entrepreneurial pursuits towards financial inclusion of the under-served in India. Priyanka Chopra is the Chief Operating Officer at CIIE, India's foremost entrepreneurship centre housed at IIM Ahmedabad.

[5] For e.g. see Pandey, A. (2018). Microstudy of low-income households in India: a poverty expectation hypothesis? Qualitative Research in Financial Markets and Nandhi, A. M. (2010). Savings Behaviour of the Urban Poor- A Case Study of Rickshaw Pullers in Delhi.