Why are Indian women staying away from the workforce? 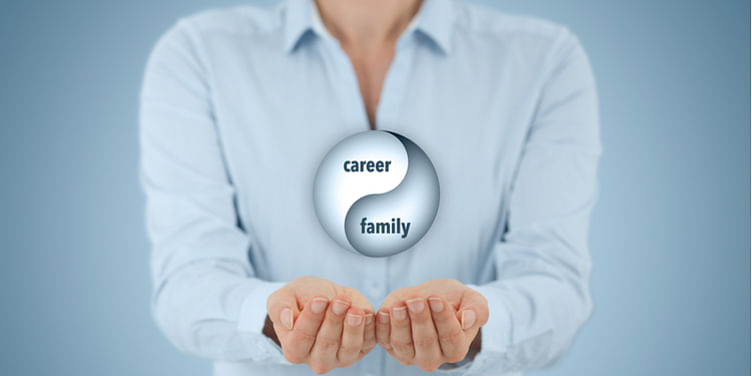 The reasons that have kept women out of the workforce in India are varied and complex.

Anou Daniel, a mother of two girls, aged 11 and 8, graduated from college with a BBM degree and a proposal for marriage. She accepted the marriage proposal with the condition that she be allowed to continue her studies and so she pursued her PGDBM in Finance with an “Earn and Learn” programme, which also mandated her to work as a trainee intern for two years at two investment companies.

However, as she received her PG degree, she also received news that she was expecting her first child and thereby abandoned her career goals, embracing motherhood instead.

As her children grew up, Anou struggled to start her career afresh and finally got a break 11 years later.

Anou is not alone.

According to a survey conducted in 2010, 41 percent of females are enrolled in Indian colleges, but only 27 percent currently remain in the workforce. 20 million Indian women quit their jobs between 2004 and 2012 and around 65-70 percent of women who quit never return to work at all, according to a study by the World Bank.

The reasons that have kept women out of the workforce in India are varied and complex. According to an online survey conducted by JobsForHer, we found access to childcare as the biggest challenge faced by women when returning to the workforce (38 percent), followed by low self-confidence (21 percent), outdated skill sets (19 percent), family biases (15 percent), and lack of women-friendly company policies (8 percent).

In Anou’s case as well, she did not feel confident entering the workforce until her children were in full-time school, which meant she had to wait until the younger one was five years. Her husband has a demanding work and travel schedule, making Anou the primary and often sole caregiver in her home of not only her little children but ageing in-laws as well. In the meantime, her hunt for part-time or work-from-home jobs did not provide any satisfying options, either skill-wise or financially.

By the time she was ready to commit to a full-time job, she found her skills and knowledge had become completely outdated owing to the technological advances that have affected every field and functional area.

Additionally, guilt and fear of not performing her household and motherly duties raised ugly doubts in her job hunt. Any requests for flexibility were immediately shot down by prospective employers who treated those as red flags that she might not be ready to prioritise her career over her family.

All of which plummeted Anou’s self-confidence, a story which we find repeating incessantly among the millions of women in India who want to start, restart or rise in their careers but lack the confidence and support to do so.

Among the main reasons the Economist article lists on 'Why India needs women to work' - from Indian democracy becoming 27 percent richer to the danger of losing the battle to more Saudi women in the workplace, it forgets to mention the only one that counts and will be truly effective.

We do not need women in our workforce only to boost the economy; women like Anou belong in the workforce, just like men do. This is why they are educated and spend years on bettering their intellectual selves - both men and women. Boys and girls, from very young, need to be educated - first in our homes, then in our educational institutions - that the workforce needs to be gender-balanced for the future wellbeing of our country, economically and socially. They will learn not by us telling them, but by us showing them how it should be.

“Gentlemen, spending just two hours a week doing the dishes or putting the kids to bed, would translate into a ten percentage point increase in female labour participation, according to a World Bank study.” - Economist, Why India Needs Women to Work.

And therein lies the problem. We need to adjust the lens.

Women belong in the workplace just as much as anybody. What India 'needs' to do is to reorganise itself, recognising a woman's right to be in the workplace with the same gravity as it does a man's.

And until then, just two hours a week of helping out around the house by men is not going to cut it.