Colours of Gratitude: how these Kerala mural artists preserve tradition and also raise funds for an ailing teacher 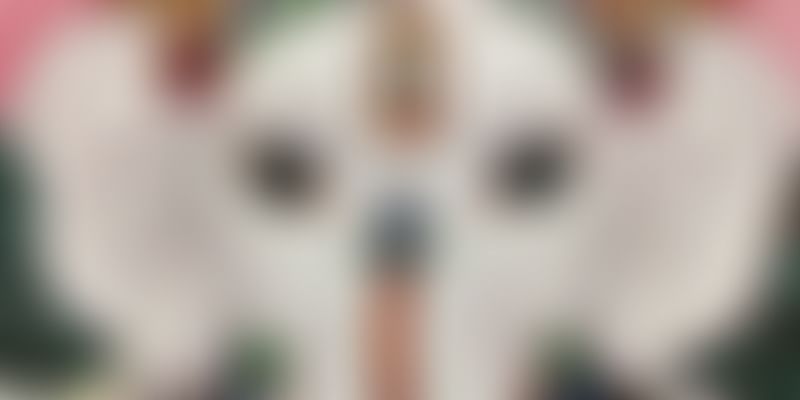 Art is profession, tradition and compassion, as shown by Sheethal Chandran and her team of Kerala mural artists during their recent painting exhibitions.

“The exhibition is part of an inter-city fundraising drive for our mentor Vikas Kovoor, who is suffering from a kidney ailment,” said Sheethal Chandran, in a chat with YourStory. The murals based on epics are featured in a number of temples and ayurvedic research centres in Kerala and Karnataka.

The artworks are priced from Rs 4,000 to Rs 50,000, and the funds raised are intended to be used for Kovoor’s medical treatment. “Art is not just about expression and money, but connection and compassion,” Sheethal added, explaining that it is very hard to find someone who can be a good mentor and friend.

She studied at the Rural Development and Self-Employment Training (RUDSET) Institute in Kannur, Kerala. She is a member of a group of mural artists who have formed an art collective called Mashippoov.

Over the past several centuries, the pigments, glues and brushes for the Kerala mural tradition have been derived from natural sources. The temple frescoes often capture multiple scenes from mythological legends around Lord Krishna, Radha and Ganesha. Other themes include birds like peacocks, and the art styles appear on walls, canvases, paper, and vases.

“The most common colours are yellow, red, green, black and white, but we have used some other colours as well,” said Sheethal. This is the group’s third exhibition, and includes new kinds of themes and styles. From afar and near, their detailed paintings represent a mix of beauty and devotion.

“While artists want to be relevant to modern times, we should also not forget our traditions,” she signs off.

Now what have you done today to balance contemporary demands with the treasures of our heritage?