AI in the cloud: meet the networked, smart machines at Mobile World Congress 2019 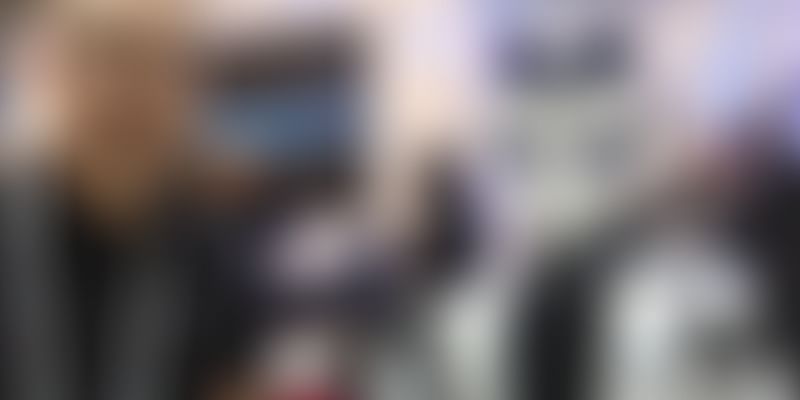 From pundits to prototypes, the future of mobile and AI is being debated at the Mobile World Congress conference and exhibition in Barcelona.

The real power of artificial intelligence (AI) is not in the smart machine, but in networked, smart machines – thanks to cloud platforms and 5G networks. Robot partners for humans (“cobots”) represent one emerging face of HARI (human-augmented robotic intelligence), according to speakers at the annual Mobile World Congress (MWC).

While business pundits discuss and debate the meaning of AI in the conference tracks of MWC this week, the real action is in the exhibition halls, where startups and tech giants are displaying how robots look, communicate, and behave.

“The brain is in the cloud, and 5G makes communication with machines happen at scale,” says Bill Huang, Founder and CEO of Cloud Minds, at a demonstration session. The former CTO of China Mobile displayed a range of humanoid robots for intelligent home service (named Nicole and Rachel) who could perform a range of tasks, like even threading a needle.

Cloud Minds is also showcasing other AI-embedded devices such as smart helmets, intelligent vending machines, and security patrol agents. Other popular draws at MWC are the robot musicians and mime partners showcased by ZTE, and the TwinsWheel delivery droid.

Many of the new wave of IoT applications hinge on successful commercial deployment of 5G networks, as displayed by Korea Telecom’s 5G dirigibles in the Innovation City section of the exhibition. The convergence of AI and networked electric vehicles is another trend to watch, and the booths of Tesla and Mercedes are popular draws as well.

Wearables and cloud are being showcased by ZTE, while data storage and AI are a part of intriguing space applications by HP. In the coming articles, we will showcase more of the face of emerging technology applications from MWC 2019, followed by expert analysis and business roadmaps.

As is common at such exhibitions, the solutions throw up even more questions and problems to solve. How will the future be co-created by humans and AI, by large firms and startups? When will the tipping point of these technologies really come, at which we move from wow to now?

Are these innovations following the traditional bell-curve of adoption, or are we in the early scattered phases of raindrop syndrome? What new fields will open up in robot design (eg. humanoids for different cultures)?

What is the future of work, and the work of the future? See my reviews of the following intriguing books in this regard: Life 3.0 (Max Tegmark), The AI Advantage (Tom Davenport) and Human + Machine (Paul Daugherty and James Wilson), as well as the article Intelligent Network, Smart Enterprise.

Now, what have you done today to assess how connected machines will change your future, and to make sure you stay relevant in the coming decade?