English Vinglish: How a handful of startups are empowering Bharat to aspire for more 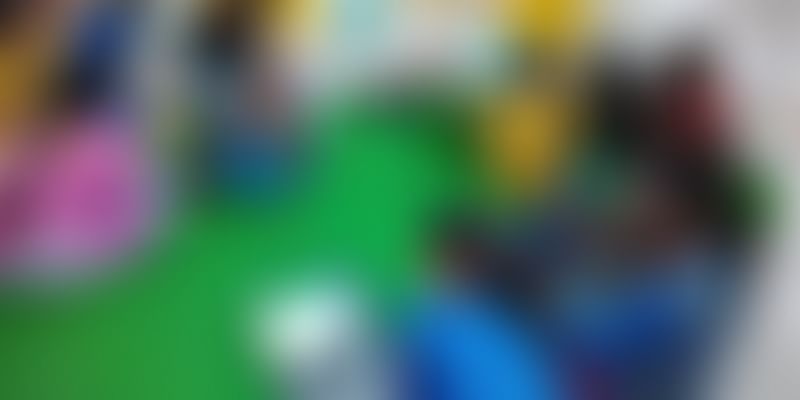 Even as startups and corporates work on creating digital content and solutions in Indian languages, there is no stopping the aspirations of the hundreds of millions who believe mastery of English is their way to a better life. Meet the startups giving wings to their dreams.

Fifty-four-year-old Kishan Kumar, an autorickshaw driver in central Delhi, easily manages to strike a conversation in English with his commuters. Kishan says he was able to get more riders because he was able to converse well with foreigners and professionals in English.

“I always wanted to learn English since I was a child, but Bihar ka toh apko pata hi hoga (you know what education in Bihar is like),” he says, asserting that he did not get a quality education.

An Annual Status of Education Report (ASER) 2018 reveals that one out of every four Class 8 student in rural India cannot even read a Class 2 text book. Like Kishan, for millions of people in India, the ability to communicate in English means they have a better chance of getting a job.

Enthused by the aspiration of millions of people, a handful of tech startups in India such as English Helper, English Bolo, Multibhashi, Kings Learning, Utter etc. are fulfilling the need of more than 80 percent non-English speaking population with the help of technology. Kishan says he also started learning English using one of the apps on the Android Play Store.

Kishan now aspires to start driving for an app-based taxi service, hoping for a better income.

According to a report by KPMG, the online learning market in India is set to grow at 42 percent by 2021, making it a $29 million industry. “Adoption in the online language learning space is primarily driven by English learners,” the report said. Sanjay Gupta, Global CEO of Gurugram-headquartered EnglishHelper, which helps users to learn English through technology, says,

“English is the language of aspiration. It equips students for higher education, enhances their job opportunities and empowers people socially.”

Anuradha Agarwal, Founder, Multibhashi, which focuses on first-time English learners, feels that with easier access to the internet and smartphones in rural India, “this is the right time to target these next million users”.

Need for teachers to learn to teach

EnglishHelper offers a few major programmes in India like RightToRead, where students are exposed to multi-sensory AI technology-based reading of English text books. It was started in 2011 by Boston-based cognitive scientist and serial entrepreneur Venkat Srinivasan, who was later joined by Sanjay Gupta as its global CEO.

From an initial pilot in 100 schools five years ago, RightToRead now covers 2.5 million students in 27 states. Recently, the company signed an agreement with the Maharashtra government to implement RightToRead in more than 65,000 schools across the state.

In 2018, the company launched an app called EnglishBolo, to improve spoken English. It is a blended programme that provides bite size self-learning and live video classes with teachers located remotely.

“Over a period of 100 days, learners undertake 100 self-learning lessons of 15 minutes each and attend 10 classes. These classes can be booked for anytime of the day, and for any day of the week. EnglishBolo can also be availed as a ‘pay by installment’ option to assist low income learners,” says Sanjay, adding,

“There is a significant shortage of English teachers. Interestingly, teachers who are proficient in English also struggle to teach the language to learners, and cannot provide academic support to these students beyond the classroom,”

He says the app targets youth who are near employment age. “The beneficiaries include school teachers, students, as well as the EnglishBolo teachers,” says Sanjay.

Multibhashi app comes with a bot called ‘Fifi’ which guides you throughout the learning process. It is like chatting to a friend, who will then correct you if you pronounce something wrong. Fifi is a 24*7 bot, and users can learn by answering her questions, seeking tips and help through chat. Other than this, the app also has a voice-based chat bot called Rhythm, which will be exactly like your ‘grammar Nazi’ friend, who corrects you when you speak incorrect English. “Rhythm helps you to learn English through voice,” she says.

While some features in the app are free, advanced features like one-on-one online training with the teacher can be purchased for Rs 20 or more. Started two years ago, the Multibhashi app has already clocked 10,00,000 installs on the Play store.

Hello English is another popular online platform with nearly five crore users, and is trying to bridge the gap between English capabilities and job requirements in India. Teaching English from 23 vernacular languages, the company has touched 55,000 cities, towns and villages globally, and most of them are in India.

Jaipur-headquartered Hello English is a mobile-based interactive learning and assessment platform, which helps users learn English as a second language.

Pranshu Bhandari, Co-founder, Hello English, says the app does adaptive assessments of every user, and then recommends content suited for them. It offers CEFR (global standards) based curriculum along with real world content such as news, videos, voice-led conversations, etc.

“In India, 800 million people are in the productive age group, and only 12 percent can speak English,” points out Pranshu. The company aims to empower every learner with the ability to learn English irrespective of their age, location, language, gender, or socio-economic status, right on his/her phone.

She also adds that an independent scientific study, commissioned by the Central Square Foundation, shows that learners using Hello English are 3.7 times more likely to jump an English proficiency level compared to a classroom training. She says this is because of 'gameified' learning experience in the app with bite sized learning units, voice-led practice - with virtual rewards, ranks and leaderboards.

The platform also offers lessons and speech recognition tools for spoken English, based on billions of voice data points and chat helplines like WhatsApp to interact with English language experts, dictionaries, etc.

The company says that some of its prominent clients, such as Wipro, Taj Hotels, Airtel, Bajaj, Domino’s, McDonald’s, Walmart, Flipkart, etc., use its enterprise solution to train their workforce on communication and job-relevant English skills with personalised training, real-time tracking and analytics.

Today, nearly 7,000 organisations, including the Rajasthan and Delhi governments, are using the platform to train students and vocational trainees to enhance their employability.

Pranshu attributes the growth to the fact that Hello English app has massive offline support, with 90 percent of the features not requiring data connectivity to work.

Bengaluru-based Kings Learning, which is backed by the Michael & Susan Dell Foundation, offers an app called Enguru, which enables users to learn English from 28 languages through a combination of lessons, simulated conversations, games, videos and live classes. But what makes it different is the fact that it focuses on making users job-ready by allowing them to learn based on their industry. For instance, a person working in manufacturing will need to know different set of English words compared to a person working in the retail industry.

Arshan Vakil, Founder and CEO, Kings Learning, says the premise behind Enguru is that people in India learn English as a tool for employability, and that is why the app’s content matches the requirement by offering industry-specific English courses, which allows users to learn and practice functional vocabulary related to their career interests. He further says, there is a free ‘General English’ course without any ads, which has 600 levels.

The paid courses include training for retail, hotels, BPOs, email writing and preparing for interviews. The pricing starts at Rs 50 for the resume-edit feature with each paid course, which includes a final assessment and certificate, at a cost of Rs 499 for the whole course.

The company also has a version of Enguru for enterprises, which entails various programs depending on the company and the sector. Some of the clients of Enguru include Godrej Nature's Basket, the Oberoi group, Bosch, TCS, Himalaya, Canon, and Grasim. CSR programmes they work with include Tata Strive, Magic Bus, Pratham's PACE centres, Dr. Reddy's Foundation, and Trent (also part of the TATA group) via vocational institutes.

To use the Enguru app, users have to go through a placement test, which identifies their starting point. “This test includes a combination of English proficiency and general preference questions including reasons for learning English and career aspirations etc.,” says Arshan. The app is split into short 10-minute modules consisting of two activities each – a lesson and a conversation or comprehension.

English Helper’s Sanjay concludes that English is a complex language, especially for learners who do not encounter English in their everyday environment.

“Youth emerging from this system find themselves at a disadvantage as they consider the pursuit of higher education. For those who seek employment, lack of English skills, including their inability to speak the language, reduces job opportunities,” he says.

And that is exactly what these startups are trying to change.