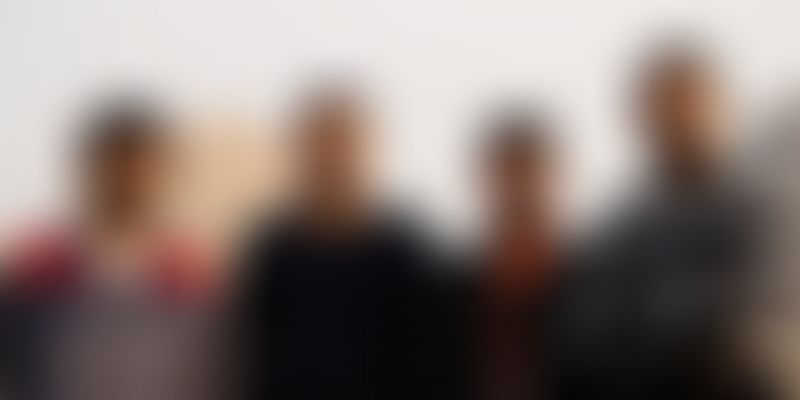 Staqu is using artificial intelligence to simplify the process of locating criminal suspects and correctly identifying them using a simple app. And then there are the spy glasses...

Violence cost India a staggering $1.19 trillion in 2017 in terms of constant purchasing power parity (PPP) according to a report released by the Institute for Economics and Peace last year. Purchasing power parity is a theory of measuring economic variables in different countries so that exchange rate variations do not distort comparisons. Expenses related to preventing, containing and dealing with the consequences of violence, along with, expenses on military and security were included in the cost.

That figure is equal to nine percent of India’s GDP (gross domestic product) for that year. Nine percent of GDP that the country lost to violence.

To address the issue of violence and curb its impact on the country’s economy, Gurugram-based Staqu has been working with police forces from across the country to mitigate crime. The company has also been working with the Indian Army, a fact that it has revealed for the first time, exclusively to YourStory.

The company’s Co-founder and CEO, 29-year old Atul Rai is understandably reticent about the work they have been doing with the defence forces for the past one year.

“The only thing I can reveal is that the work we have been doing with the Indian Army is in the area of aerial imaging analysis and some other security aspects which are too sensitive to be revealed,” Rai told YourStory.

As far as working with the police is concerned, Staqu has so far teamed up with eight state police forces across the country, including Punjab, Rajasthan, Uttarakhand, Uttar Pradesh, and Telangana to check and solve crimes using artificial intelligence (AI). Once the ongoing general elections conclude, Staqu will add two more state police forces to its portfolio of customers. Overseas, Staqu has also worked with Dubai Police.

So, how exactly is Staqu helping the police curb and solve crime?

Staqu realised that police forces in India “did not really have any tech on the ground” to help them curb or solve crimes. “And that’s when we realised that there is a use case for us,” says Atul.

In the safety and security space, Staqu offers three products: ABHED for fingerprint, facial and voice analysis, Jarvis for video analytics, and Pine for big data on criminals. These products can be accessed on multiple platforms, including a video wall panel, desktop, and mobile app.

To start with, criminal records data has never been digitized, so Staqu began its work there. Then it created an app called ABHED (Artificial Intelligence Based Human Efface Detection) for the Rajasthan Police in late 2017 to create a digital record of convicted criminals – a database that can be updated and is searchable.

For instance, if the police intercept or come across a suspect, they can take a picture of the person, and run it for matches on the criminal database through the app. Similarly, if a person is booked for a crime, their details can be added to the database via the app, on the spot.

Staqu then added another provision, to run fingerprints via the app to “eliminate the 1 percent chance of mistaken identity that may take place with visual identification”. To make the system watertight, Staqu also started to add voice samples of convicted criminals to the database.

“The thing with voice samples is that they also come in very handy in identifying ransom callers, who tend to be repeat offenders,” adds the tech entrepreneur, who hails from UP’s Azamgarh.

Staqu claims to be the only company in the world that has crossed 90 percent accuracy (94.3 percent, to be precise) in matching voice samples.

To further boost visual identification, especially from CCTV footage which tends to be of poor quality, Staqu has also developed a low-resolution image search that will accurately help identify criminals.

Atul shares an instance where the police were looking for a robber in Ghaziabad. They used Staqu’s facial recognition software to match a sketch of the suspect through the database. As a result, they were able to catch the robber and recover Rs 2.5 lakh from him.

So far, the company has helped solve 1,100 criminal cases. Since inception, the platform has over 10 lakh criminal records, and is adding records of 1,000 criminals every day.

Straight out of a Hollywood thriller

There’s one more nifty product from Staqu that seems like it’s right out of a sci-fi movie. The company has developed AI-powered glasses that law enforcement officials can use to identify criminals.

The glasses are fitted with cameras that can take photos of people around and run it past the criminal database. If it finds a match, it displays the information (name, criminal history etc.) through a projector fitted inside.

“These glasses are particularly useful at a rally or a VIP event. They are also a great asset to have as part of the prime minister’s, and chief ministers’ security,” Atul points out.

Staqu has done a pilot project for this with the Punjab Police and with the Dubai Police.

Staqu has also started to work with some police forces in the area of predictive policing, where the AI-enabled system actively monitors CCTV feed and sends out real-time alerts in case something is amiss. For example, if too many people have gathered close to the prime minister’s residence at an odd time of the night, the system would send out an alert to the concerned authorities.

The company now also wants to branch out into proactive monitoring, wherein if a known highway robber is on spotted on a CCTV camera, an alert would go out immediately before the criminal gets a chance to commit another crime.

Also read: From a chatbot for IRCTC to pesticide-spraying drones: startups prove able partners for governments

Not always the crime fighter

Staqu did not start its journey fighting crime. In fact, it was launched in 2015 as an AI startup focussed on data and ways to monetise it. When they started, the low-hanging fruit was image analysis for e-commerce companies. It was basically tech that would help a consumer click a picture of something they liked and using that picture, run a search for it on e-commerce platforms. The company still operates in this area, although the main focus has shifted to security. Clients in the e-commerce space currently include Paytm Mall and Jaypore.

From there, Staqu went on to partner with Indian smartphone makers such as Karbonn, Intex, Gionee and Lava to integrate AI in their devices. This would ensure that users would only see relevant content and advertisements based on their interests and usage. Staqu also started partnering with browsers such as Microsoft Bing for the same purpose.

It was in 2017 when Atul and his co-founders realised that no other company was working with AI and law enforcement. Getting into the domain was initially an experiment, but once they saw good traction, they decided to dive right in. At present, 60 percent of the company’s business comes from security.

The Gurugram-based startup, which says it achieved breakeven in 2018, also caters to the private sector and has clients like L&T and Wipro as a part of its portfolio. Staqu is working with the two corporate giants on smart city projects to monitor things such as speeding vehicles, unlawful activities in public spaces, among other things.

It also works with the chemicals industry to ensure that safety and security is maintained on factory premises through active, AI-enabled visual monitoring. For example, if there are workers in an area they shouldn’t be in, or if there is an intruder in the building, or if workers are not wearing safety gear, the system alerts the authorities and security staff in real-time.

The early days and funds

Back in 2015, the founders started out with a capital of Rs 19 lakh from personal savings and money borrowed from family and friends. Atul reminisces of the early days, “The hardware was expensive, each GPU cost Rs 4 lakh. And we needed 4 GPUs, and the rent for the flat where we worked was around Rs 30,000 per month. So, for one year, we did not draw any salary. In 2016, we started drawing a salary of around Rs 5,000 per month.”

Then in June 2016, the company received its first round of funding, when Indian Angel Network (IAN) invested $500,000.

Currently, Staqu is in the process of raising its Series A funding from a prominent US-based venture capital firm. “We are also looking for Indian investors,” adds Atul.

The people behind Staqu

Atul and his three co-founders were all early members of a Delhi-based tech startup called Cube26, which Paytm’s parent company, One97 Communications, acquired last year. The four wanted to start their own AI company and left in 2015 to set up Staqu. Commenting on the name of the company, Atul says,

“Stack and queue are two data structures in computer science. We created a hybrid and named our startup Staqu.”

Atul holds a master’s degree in AI from Manchester in the UK, and worked there for some time before moving to the University of Szeged, Hungary, to work as a research associate in machine learning and computer vision. After the stint in Hungary, he moved back to India.

Two of his other co-founders, Chetan Rexwal (28) and Anurag Saini (28) are both engineering graduates from Indraprastha University, Delhi, while the fourth co-founder Pankaj Sharma (26) is a BTech graduate from Jamia Millia Islamia University, Delhi.

The 35-member team of Staqu is a young one, with a median age of 26 years.

Competition and the road ahead

According to Atul, the company has no competition in India, as far as the security space is concerned. Globally, there is the Palantir Technologies in the US, which works in a similar space, as does Sensetime of China.

Staqu is currently exploring Western markets, as well as Eastern Europe, Africa and Southeast Asia, and believes it can make some inroads there. Explaining the move Atul says,

“The tech is there, but at a high cost. We can help bring that down and are already in discussions with some companies there. We would not like to enter directly but through collaborations with local companies as they would be in a better position to deal with their authorities.”

When asked if other companies with similar expertise entering the security space in India is a worry for them, Atul says, “Our database is our advantage. Working with the police, we have picked up expertise and research, and have an early mover advantage. It’s not easy to just parachute into this space.”