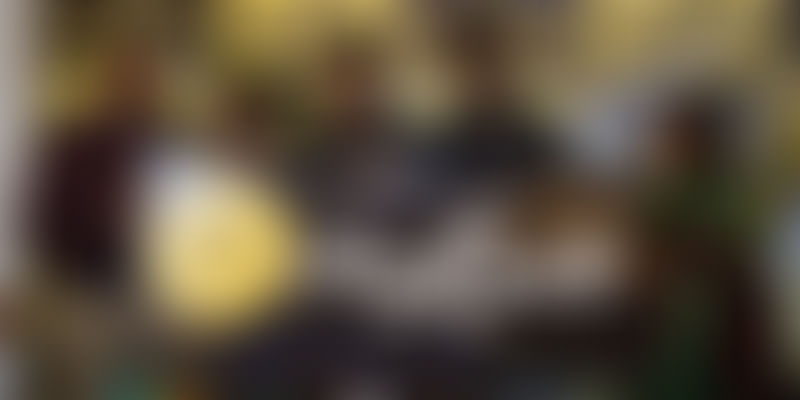 In a city rooted in tradition, Suresh Radhakrishnan aims to cement his place as the 'Chai King'. His venture, Chai Kanth, is an up-and-coming tea outlet with 10 stores in Tamil Nadu, focusing on freshly-brewed tea with a wide range of flavours.

In the bylanes of Chennai, one cannot miss the ubiquitous filter kaapi, its aroma merging with the tune of M.S. Subbulakshmi’s Suprabhatham, tempting many to grab a cup of simmering hot coffee as they begin their daily rituals. And yet, for Suresh Radhakrishnan, the founder of Chai Kanth, an up-and-coming tea outlet in Tamil Nadu, it isn’t the filter kaapi that gets him out of bed. It is chai or tea.

For Suresh and his team, their daily ritual revolves around finding ways to brew the best-quality chai for their customers. In the land that prides itself on its traditions – filter kaapi being one of them – Chai Kanth is looking to be a disruptor.

The self-styled Chief Tea Officer of Chai Kanth, earlier known as Chai King, is banking on this unmistakable South Indian name, ‘Kanth’, meaning ‘star,’ to give it the ‘star’ status it is seeking among its customers.

“Kanth is always a star (read Rajinikanth). When you add Kanth as a second name, it’s usually reserved for stars,” explains Suresh. “We are in the mass market segment, so we wanted a name that can appeal to the masses. Most importantly, it is a unique name and so I kept it,” says Suresh.

From an IT career to Chai Kanth

The serial entrepreneur has previously run businesses in the hospitality and human resources sectors. He began his entrepreneurial journey after quitting a cushy IT job he had held for four years since 2006. Eventually, he decided the 9-6 daily grind was not meant for him. Instead, he wanted to do something exciting for the long run.

He credits his challenges at a consulting company he had started as a learning experience on how not to run a business.

“If you’re not clear about how to run your company, be sure about how not to run it. If you figure that out, things will be much easier. That's something I learned,” Suresh says.

Armed with these learnings, Suresh started Chai Kanth to be the source for high-quality, affordable chai that is brewed with a wide range of modern flavours under hygienic standards. As a relative pioneer of this idea in Chennai, Suresh set his eyes on the corporate offices in the bustling city where he set up a revenue-sharing model.

From there he expanded his stores and began working on a corporate and retail model. However, this model hit a few rough patches, including customer relations, payments issues, and delays. To overcome these challenges, Suresh switched to a fully retail business model, eventually becoming India’s first ‘live tea’ brand that serves many varieties of India’s favourite beverage. Chai Kanth’s USP is that every cup of tea is prepared fresh, to order and right before the customer’s eyes. The customer can choose from a variety of flavours, sweeteners, and herbs to enrich their chai experience.

After a few years as the sole chai alchemist at Chai Kanth, Suresh decided to join hands with fellow-entrepreneur Shankar Subramanian, the founder of Madras Biriyani, to expand operations.

Brewing a global future for Chai Kanth. Innovation is at the vanguard of the Chai Kanth story.

“Since customer trends keep changing, it is hard to tell what makes a good product in the food industry. As such, innovation is something that’s always needed,” Suresh says.

Looking ahead, Suresh is looking to create 1,00,000 jobs in the next ten years. The plans are already in place and he is confident he would reach his goal, although, in the long run, he dreams of making Chai Kanth a global tea brand.

Also read: Going local, going sustainable: How Go Native serves up a range of organic offerings that take you back to your roots