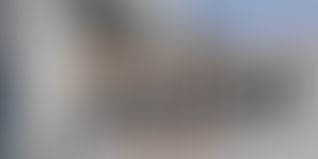 Amazon is reportedly testing a wearable device that can detect emotions and will eventually advise humans on interacting with others, news reports said. The product may not be commercially launched though.

The inability to read and understand human emotion has been the biggest drawback of any high performing machine till date. But this might just change.

Amazon is developing a voice-activated wrist-worn gadget that can recognise human emotions, Bloomberg reported on Thursday. Bloomberg reviewed internal documents related to the gadget, and said it is described as a health and wellness product.

Bloomberg also spoke to a person familiar with the programme, who said the wearable device will work with a smartphone app which has microphones paired with software. The device will find out a person’s emotional state just from the sound of the wearer’s voice.

The technology could eventually be able to give advice to the wearer on how to better their interaction with other people. It is yet unclear if the device will be commercialised at all.

A beta test is reportedly underway, but it is unclear whether it is the hardware or software or both that will detect emotions. Amazon is working on the development of the device with Lab126, a research and development, and computer hardware company owned by Amazon. Lab126 has worked on Amazon’s other products like Kindle, Fire phone and Echo smart speaker, as also with the Alexa voice software team.

Two years ago, Amazon had detailed a similar system that makes use of people’s vocal patterns to derive their emotional state and make suitable suggestions. This wearable device is said to use that technology.

The device and its technology is likely to spark debates about the additional amount of personal data it can generate and how it will be stored as emotional derivations can be used to benefit the company’s marketing strategies.

Other tech giants like Microsoft, Google and IBM are also developing technologies that can derive the emotional state of humans.