‘We will go back to the moon, this time to stay’: Jeff Bezos reveals Blue Origin’s Lunar Lander 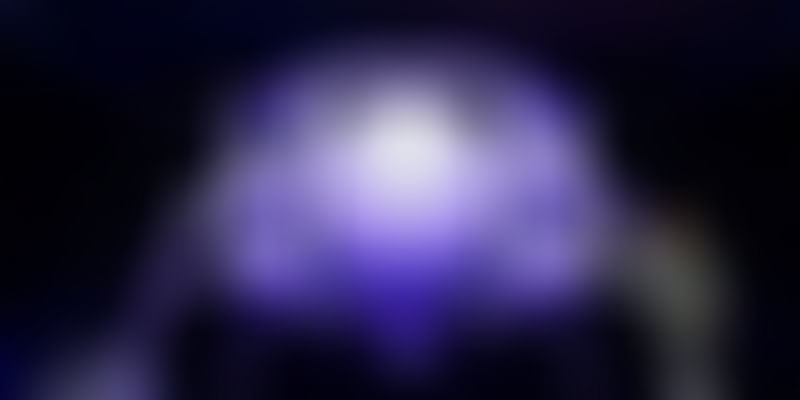 Jeff Bezos aims to take civilisation to space and colonise the moon with his Blue Moon Lunar Lander; he is also keen to help the Trump administration achieve its goal of returning astronauts to the moon by 2024.

The first man to walk on the moon was Neil Armstrong in 1969; the last was Gene Cernan in 1969 (US’ final Apollo lunar landing). Since then, despite the many technological advancements across the world, no astronauts have been sent to the moon.

But the Trump administration has plans to restart moon missions. In a recent announcement, Trump said that additional funds amounting to $1.6 billion would be provided to NASA, adding to its existing funds worth of $21 billion allocated for FY20.

“Under my Administration, we are restoring @NASA to greatness and we are going back to the moon, then Mars. I am updating my budget to include an additional $1.6 billion so that we can return to space in a BIG WAY!”

Space exploration continues to intrigue billionaires, including Elon Musk of Space X and Jeff Bezos of Blue Origin. Not many are unaware of Elon Musk’s plan to colonise Mars, but there’s more. Jeff Bezos recently unveiled his plans of colonising the moon. Yes, you read that right, the moon.

Last Thursday, at a convention centre in Washington DC, Jeff Bezos unveiled the Blue Moon Lunar Lander developed by his private space firm, Blue Origin. As per the Geek Wire, the vehicle will be used to transport moon rovers and astronauts to the lunar surface and will ferry its first human cargo in 2024.

Also read: 'Is this real?' Elon Musk unveils 60 ready-to-launch internet satellites and Twitter is blown away

During the event, Jeff was quoted as saying,

“We will go back to the moon, this time to stay.”

Bezos later said that instead of going to a distant planet that's too far away, what if we built our own planets, which he called “O'Neill Worlds”, named after physicist and space activist Gerard O'Neill, reports Popular Mechanics.

Will be powered by the BE-7 Engine. It will be fired for the first time this summer. pic.twitter.com/S0LWGZwKGD

Talking about the Trump administration’s plan to send astronauts to the moon by 2024, he said,

“Vice President Pence recently said it’s the stated policy of this administration and the US to return American astronauts to the moon within the next five years. I love this. It’s the right thing to do. For those of you doing the arithmetic at home, that’s 2024. We can help meet that timeline but only because we started three years ago", reported Geekwire.

His lunar lander will be powered by a new type of engine, the BE7 hydrogen-fuelled engine, and will run on liquid hydrogen. It will be capable of transporting 3.5 to 6.5 tonnes of cargo at one go. If it runs out of fuel, the lander can use hydrogen recovered from lunar ice on the moon’s surface.

Also read: These IIT students are part of the only Asian team shortlisted for Space X's hyperloop competition

To give an overall view of how the vehicle would function, Bezos showed the audience a digital recreation of the lander in action. In the video below, the lander can be seen equipped with several robotic helpers, comprising a lunar rover built for exploring the surface of the moon.