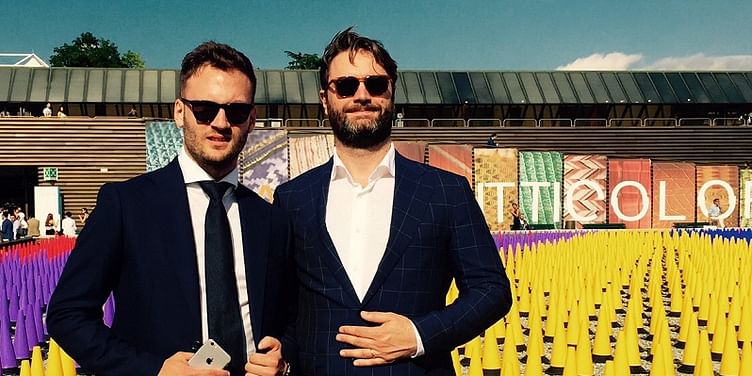 Launched in 2014, Amsterdam-based The Cirqle is an influencer-commerce platform that ties engagement to online and offline sales. The platform claims to have reached over five billion consumers across 50 countries.

Influencer marketing is the new kid on the block when it comes to taking your product to mass audience. Major brands in the lifestyle category have embraced this method to reach out to their target customers.

Rather than roping in actors, models, or celebrities to reach out to customers, the more local way to approach them is through the people they follow on social media. It gives the impact of word of mouth, but at a larger scale and influence. These influencers need not be celebrities; it coud be a mommy blogger with 5,000 followers on Instagram, or a teenager with a YouTube channel for ‘vlogging’.

And leading the way for influencer marketing by using cutting-edge technology is The Cirqle, a five-year-old startup from The Netherlands. Launched in 2014 by Steven Lammertink and Daan Nederlof in Amsterdam, the online platform connects brands to influencers. It helps brands to boost their sales by closely monitoring the influencers’ work and enabling online purchases.

Asked about the origin of the curious name for this startup, Daan tells YourStory, “A circle has no beginning or an end - just like the work we do for our clients. We provide our clients with the full marketing ‘cirqle’ - from activation to amplification and attribution.”

A team of 18 from 10 different nationalities, The Cirqle has 15,000 verified influencers, and a total 50,000 users on its platform. It has raised $2.5 million in funding so far from angel investor Maickel Weyers and former Scotch & Soda Co-founder Patrick Munster, besides Daan himself.

Across the US, Europe, and Asia, the platform has secured clients such as Scotch & Soda, Samsung, LG Electronics, City of New York, The Shilla, Barnes & Noble, McDonalds, Subway, and Manchester City among others. The startup claims to have turned profitable last year.

How Look Who’s Talking lets businesses find the right influencers and voices for their marketin...

Daan and Steven are both serial entrepreneurs. In 2012, Daan founded investment firm Brevoli Holdings followed by BounceSpace, a community-based co-working space, the following year. Apart from this, the law graduate also founded oVVice, a real estate startup, in 2013.

Steven started his first company Republish, which digitised books and documents, in 2010 at the age of 20, while pursuing his bachelor’s degree in economics and business at the Erasmus University in Rotterdam. He was awarded the Dutch government’s Kauffman Scholarship, which took him to Harvard, MIT, and Stanford universities, and he also underwent extensive entrepreneurial training at the Kauffman Foundation in Kansas City, Missouri. At 21, Steven interned at Adobe in Silicon Valley.

After returning to The Netherlands, Steven in 2011 started Fray, a marketplace that allows users to buy and sell goods and services (like that of a baby sitter, handyman, etc.) from the local community. He also managed to simultaneously pursue his master's in marketing from Erasmus University.

After Fray and Republish shut down in 2014, Steven decided to take up freelancing in web design and web building. It is here he met Daan, who was the owner of the co-working space Steven was working out of. When Daan heard about The Cirqle from Steven, he was interested and decided to invest in a seed round.

Say hello to Winkl, the influencer marketing platform used by the likes of Flipkart and YLG

Drawing up The Cirqle

In its initial days, The Cirqle was about recognising pieces of clothing and imagery, and connecting that to the database of retailers, so users could purchase the product from influencers. “But some clients wanted to run a brand awareness exercise with us. That’s when we morphed it into an activation platform to work with influencers anywhere in the world,” Steven says.

Steven claims that today, The Cirqle is the only inventory platform that can tie awareness to commerce. “We can actually track whether you're driving revenue or sales by working with influencers when you use our technology,” Steven tells YourStory.

The clients can choose influencers to work with, and influencers reach out to them through the platform. Although they don't necessarily pick the influencers, The Cirqle makes recommendations at times. Influencers can register on the platform and review The Cirqle’s brand-specific campaigns to pick the one(s) that suit them (and their audience) the most.

To influencers, The Cirqle provides tips on growing their audience and engagement, as well as on how to stand out to different brands. In most cases, influencers produce the content, and hence the startup has been able to provide local language content in regions like Latin America as well.

The Cirqle has created mobile wallet ‘Qards’ for its clients, which are distributed via a swipe up in their influencers’ posts. These Qards contain discount codes from the clients/brands and lead to direct sales.

Besides recruiting influencers, the Cirqle also provides a content approval system where influencers upload ontent before they publish it on social channels, and the client-brand can approve or request edits. The startup also deals with the contracting, logistics, and legalities of working with influencers. The influencers get paid based on their number of followers and engagement rate, or a combination of the two.

The client pays The Cirqle, who in turn pays the influencers who can fill their rates by themselves (like $1,000 for a post and they deliver a certain amount of content). Steven claims The Cirqle has so far paid over a million dollars to influencers.

He adds, “But you can also turn that around. For instance, we can pay $500 for a Nike campaign, and a free pair of shoes to the influencers. This is an attractive option for some influencers. There may also be clients who just want to white label our platform altogether: brand them and make their own version of The Cirqle.” On an average, The Cirqle’s campaigns have 20 influencers each.

For instance, to promote Samsung Galaxy S7 model, the South Korean company offered those smartphones to select influencers on the platform. This reward worked well. The focus on the product’s high-performing camera is exactly what they needed to convince the audience about, and the creators happily showed it off to their followers. The Cirqle claims that Samsung got 19,000 engagement points and one million impressions with this campaign.

This online network is connecting startups with VCs and influencers

The Cirqle’s first big client was KLM Dutch Royal Airlines, in 2016, following which their clientele grew rapidly. Steven recollects, “Influencer marketing was growing superfast, and more brands were into it; some brands were even able to build their entire business on top of it. We got new clients from different markets; and now 70 percent of our revenue comes from the US clients.”

Last year, The Cirqle had about 80 clients from across 10 countries, including Barnes & Noble, Manchester City, Scotch & Soda, The NYC Garment District, and Heineken among others. The company, which turned profitable last year, is now looking to expand into Asia as well.

For a business which has few competitors, Steven stresses the significance of sustainability. “We were building our product for a year. You don't need to grow to a billion dollars in revenue in order to have a very sustainable business. Over the last four or five years, we have grown the revenue, but not always quadruple. You can also just build a sustainable business that has a lot of impact.”

Steven’s theory is simple: influencer marketing will always stay around; and people like to look at other people (for tips on lifestyle). “The platforms and the delivery mechanisms will change though - we may preview content with VR glasses on a gaming platform in the future, and AI will play a role in making more intelligent recommendations. The distribution of marketing will keep playing on six to eight key platforms that are relevant for some brands today and for others tomorrow,” Steven says.

Influencer marketing for the uninitiated