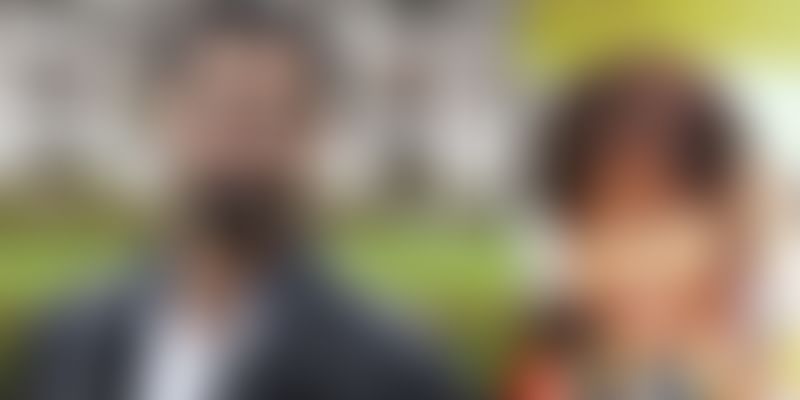 The rapid growth in digital infrastructure has led to the rise in the number of gamers and game developing companies in India and across the world, according to a recent report by KPMG. The report attributes the growth to increasing smartphone affordability and penetration, growing internet user base, and declining data prices. It says the number of game developing companies in India have touched 250 in 2018 from barely 25 in 2010.

And staying ahead of the game by offering nearly 25 games in vernacular language is Delhi-based WinZO Games.

The startup claims to have five million registered users so far, and aims to clock 50 million users by the end of this year.

Bitten by the entrepreneurial bug, Paavan, an IIM Calcutta graduate, started to feel the itch to embark on a new journey immediately after the controversial acquisition of Zo Rooms, a budget hotel room aggregator in India, by OYO back in 2017.

A gaming fan himself, Paavan was enthused by the growing trend of mobile gaming in the country. He says: “It was in late 2017 and early 2018 that we identified a lot was happening in the online gaming segment, and that there is a massive potential with Tier II and Tier III audience coming on the mobile phones for the first time.”

Paavan roped in his friend and colleague from Zo Rooms, Saumya Singh Rathore, as the Co-founder and launched WinZO Games in early 2018 to offer a vernacular gaming platform with some monetary benefits.

The platform offers nearly 25 games including carrom, cricket, bubble shooter, fruit samurai, knife up, memory mania, fantasy league, and trivia-based questions. Apart from letting a user play alone or with a group of friends, it also lets one win real money for playing and winning the game.

Paavan says the team size currently consists of 25-30 people as of now. They plan to double the headcount by the end of the year in order to create more engaging games on the app.

WinZO lets users participate in various games in multi-player mode, and charges them a small transaction fee from their winning amount. The amount can be as low as Rs 10. This works similar to the poker game, where you pay to join the table and win money, explain the co-founders.

“We wanted to build a stable monetisation model for the game, given the global in-app purchase is about two percent, and for India it is less than one percent.  With that, advertisement revenue is very low for this audience,” says Paavan. He adds that e-sports to casual mobile games are the best way to monetise the next 300 million casual gamers.

In India, there are nearly 250 companies offering mobile gaming, and WinZO is not the only one focusing on non-metro smartphone users. There is Bakbuck, which offers a vernacular social contesting platform. Backed by Nazara Technologies, Bakbuck offers traditional Indian games like ‘antakshari’, ‘saanp seedhi’, and ‘tol mol ke bol’, amongst others, into online contests that users can play anytime, with anyone.

However, according to Paavan’s estimates India is witnessing the biggest revolution of all times. A Counterpoint research reveals that India’s smartphone user base has surpassed the 400 million mark and this will be 700 million by 2022.

The co-founders say the company is growing faster than any other gaming company in India at present. While Paavan did not disclose any figures, he said WinZO’s GMV, net revenue, and deposit transaction are growing at 100 percent month-on-month, and the average time spent on the app has doubled in the last four months.

Paavan says the company is already profitable at unit economics level. “It’s a real money gaming platform, and it is very easy to scale even with a ‘not-so-great’ product if you simply distribute cash for users to play. However, we believe in building a great product, keep a handle on strong customer-related unit economics.”

WinZO also caught investors’ attention and bagged a seed funding of undisclosed amount from Kalaari Capital’s seed programme Kstart in April 2018, followed by Series A funding from Kalaari Capital to further scale the product and reach a wider audience. However, not disclosing the amount, Paavan says the investors doubled their bet in the second round.

“We are currently committed to expand our user base in India and create a much-localised experience for the audience that is coming on the digital grid for the first time. We are also looking at a possible expansion in SAARC nations, South-east Asian, and African countries by early 2020,” he says.

The company plans to add eight more languages in the app including Punjabi, Malayalam, Bhojpuri, Urdu, Rajasthani, and Haryanvi by the end of 2019.

It will also have a total of 100 games from 25 games at present. Paavan says, the idea is to have only one game app on the phone, rather than having multiple apps.

“We are creating a multi-billion-dollar market. In the coming months and years, we would be responsible to create a lot of awareness, educate users, and help them adopt our platform as the #1 option for entertainment. And here we are talking about doing it at a very massive scale to the tune of 500 million people just in India,” says Paavan, adding the company would need more funding soon.

He says the company’s goal is to reach every household, which is definitely going to be very challenging. It would need a reasonable amount of capital as well as best talent resources in the industry to drive this initiative to its point of arrival.