WATCH: Through the Eyes of the Investor - why the success of this IISc startup is good news for India’s deep tech ecosystem 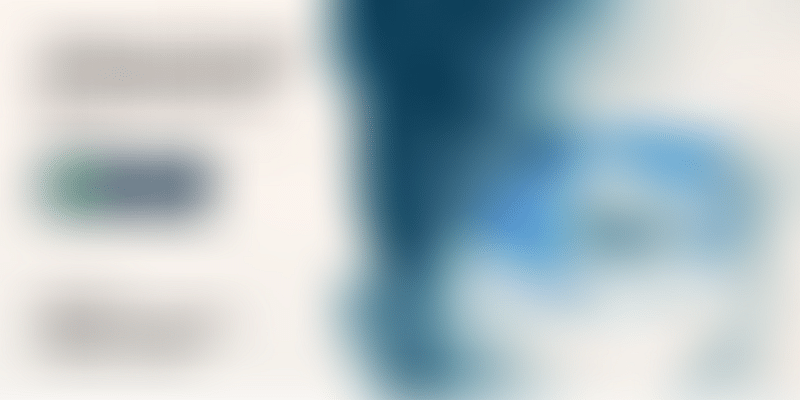 YourStory’s new video series, ‘Through the Eyes of the Investor’, is an attempt to shift gears and offer an insight into a startup from the investor’s lens. In our second episode, Ideaspring Capital’s Managing Director Naganand Doraswamy takes a dive into the deep tech sector, spotlighting Simyog.

How does an investor make an investment decision? What guides this decision? What prompts them to rally behind an idea, an entrepreneur, and a certain product with their support, and, more importantly, with their money? And once they do, why do they choose to stay the course?

All of this and more answered in YourStory's brand new video series, Through the Eyes of the Investor.

With a burgeoning culture of innovation, India ranks third in terms of disruptive technology breakthroughs, as per a KPMG report. In fact, YourStory’s own records indicate a rising interest in this space, with deep tech companies raising funds to the tune of $105 million plus in three years. Clearly, there hasn’t been a more exciting time for India’s deep tech startup ecosystem.

No surprises then that entrepreneurs dabbling in this field know this, as do the numerous investors who are turning their attention to deep tech.

In the second edition of Through the Eyes of the Investor, the dialogue is around this very sector, with Naganand Doraswamy, Founder and Managing Director of Ideaspring Capital, back in the host’s seat. This time, the spotlight is on the many achievements of IISc-incubated Simyog Technologies and the reasons behind Ideaspring Capital’s continued engagement with the startup.

Watch the second episode of Through the Eyes of the Investor, hosted by IdeaSpring Capital’s Naganand Doraswamy. In this episode, Doraswamy explains why IdeaSpring is invested (big time) in the growth and expansion of Bengaluru-based deep tech startup Simyog.

WATCH: Through the Eyes of the Investor - behind IdeaSpring Capital’s long-term bet on B2B tech...

Data analytics and machine learning to the rescue

“We, at Ideaspring, strongly believe that for deep tech startups to emerge out of India, there has to be a strong partnership between industry, academia, and investors,” says Doraswamy, introducing Simyog, the second startup in the series.

Incubated at the Indian Institute of Science, Bengaluru, Simyog is the brainchild of Dipanjan Gope, an assistant professor at IISc. He also happens to be an entrepreneur – a combination that is somewhat rare, at least in the Indian context, according to Doraswamy.

Dipanjan founded Simyog in 2017 to address the problem of Electromagnetic Interference (EMI) and Electromagnetic Capability (EMC) in automotive electronics. The problem is largely connected to the design tool of a car. With 60-80 percent automobiles having some or the other electronic components nowdays, it becomes imperative for component maufacturers to test any issue with EMI/EMC.

This means building and testing several prototypes to check the components’ resistance to EMI. This is a time-consuming process, one that costs manufacturers billions of dollars.

To solve this issue and to enable agile processes in hardware, Dipanjan and his team have been dabbling in data analytics and machine learning. Their software product provides a system-level simulations for automobile designers to catch EMI and EMC issues early on in the design cycle. In the process, it also offers clues on how to resolve them.

“It’s a very unique startup,” says Dorasawmy, explaining how their solution is a “confluence of physics, electrical engineering, mathematics, and learning-based systems.”

The aim at the time was to utilise the funds to expand Simyog’s product offering.

It was a milestone for the deep tech startup, but it wasn’t the beginning of the Bosch and Simyog partnership. Their association goes way back, when Dipanjan was heading a particular research at IISc and the German tech giant had decided to fund it because of the relevance of the problem.

“Dipanjan was able to come up with algorithms to solve that problem and that is how Simyog emerged,” says Doraswamy, recalling how it all began.

For Ideapsring Capital, however, a major impetus to invest in the startup was Dipanjan’s entrepreneurial background. Although he was a professor, the Simyog Founder had some experience in the startup ecosystem; he had made a successful exit from his previous startup in the US.

“Dipanjan’s intention was to build a much larger startup, based out of India, and take something vital to the market,” says Doraswamy, “and that excited us.”

Since Simyog’s offering is a deep technical product, Doraswami says its customers would be very focused, engineering companies where the volumes would be fairly large. This might translate into fewer customers, but deeper engagements.

“The space that Simyog is in can be broadly categorised as Electronic Design Automation (EDA),” Doraswami explains.

With automobile design evolving and the industry rapidly taking shape, electronics will come into play in a major way. In the face of these projections, the Ideaspring Founder feels that Simyog, with its highly qualified team and strong research background, is going to become a company to reckon with in the EDA space.

This means more partnerships prospects for the EDA startup and also inspiration for other professors and research students to turn their attention to the deep tech space.

Once that happens, India could be in a position to truly become a “pioneer in deep tech innovation”.