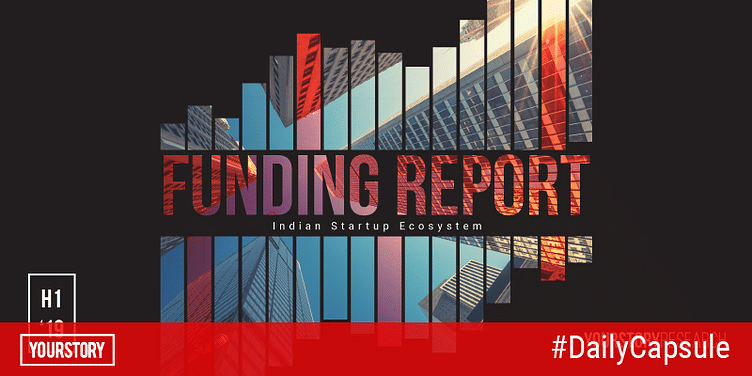 Did you know that homegrown Indian startups raised $4.88 billion in the first half (H1) of 2019? Did you know this was an increase of 8.7 percent from the same period last year? This time, the number of deals declined by 3 percent in the period, reflecting the increase in average deal sizes as investor interest and confidence in Indian startups saw a visible increase.

In an attempt to analyse the state of funding in the Indian startup ecosystem, with a particular focus on women-led/co-founded startups, YourStory Research, the research arm of YourStory Media, is launching two data-driven half-yearly funding reports that exclusively focus on home-grown startups.

Get your own copy of Indian startup funding report of H1 2019.

In an interaction with YourStory, Viiveck Verma of TEDxHyderabad explains that the requirements for rural entrepreneurs are significantly low – both in terms of funding and mentoring. TEDxHyderabad highlights entrepreneurs and innovators from the rural parts to let them showcase their innovations.

The HealthifyMe app combines AI and manual inputs to provide health and fitness services. The startup, co-founded in 2012 by Tushar Vashisht and Sachin Shenoy, began with an investment of Rs 15 lakh and aims to clock in Rs 100 crore in revenue this year. Watch the video interview with Tushar here.

Co-working space giant WeWork is planning to go public in September this year, much sooner than what most investors had expected. Valued at $47 billion, this might be the second-biggest IPO this year, after ride-hailing startup Uber's IPO in May this year.

Razorpay's Harshil Mathur’s story is one of perseverance, speed

Keep on keeping on. YourStory’s video series Mavericks gives you insider access into the lives of some of the country’s most successful entrepreneurs. In our fifth episode, we bring to you the incredible rise of B2B payment solutions company Razorpay.

Bluecat Paper designs, produces, and sells sustainable paper and paper products made from materials such as cotton, coffee, lemongrass, mulberry, and more. The startup recycles all water, making its handmade offerings extremely environment-friendly.

Fintech startup Money View is disbursing loans between Rs 10,000 and Rs 5 lakh, for a period of three to 60 months. In a conversation, Puneet talks about leadership, how to scale a startup, and how Money View has a 25-member data team just to verify a potential customer’s credit worthiness.

Aakanksha Bhargava is a woman entrepreneur who believes in ‘karna hai’. It’s this belief that everything is possible that drives the CEO and President of PM Relocations to take her baby along as she travels the world for meetings and conferences.