Bengaluru-based startup Flexiple is changing the freelancing game, one gig at a time 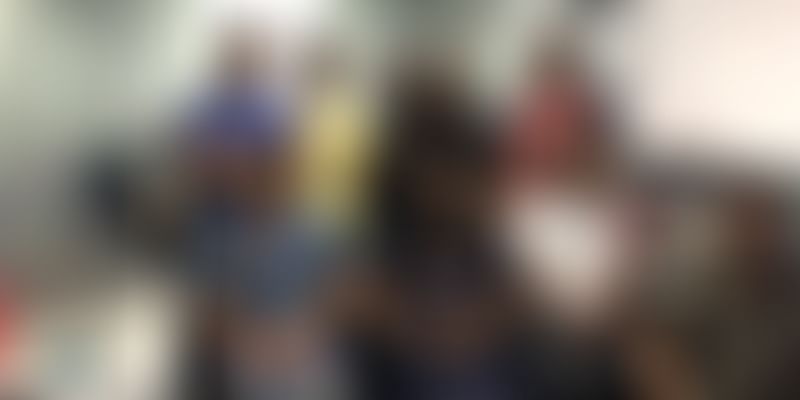 Bengaluru-based startup Flexiple connects its community of freelancers, some of whom have previously worked with the likes of Amazon, Adobe, and Microsoft, with startups and enterprises who are looking for developers and designers.

Saving money by eliminating your daily commute, working in pajamas and being in control of your schedule - these are the enchanting freedoms of freelancing, the backbone of the rapidly growing gig economy.

While a job has long been synonymous with being chained to your cubicle for eight or more hours a day, things are now changing, with freelancers being sought out for specialist skills. And helping this army of experts is Bengaluru-based startup Flexiple.

Founded in 2016 by three IIM-Ahmedabad graduates, Flexiple helps startups and entrepreneurs source and work with freelance developers and designers with diverse backgrounds and skill set. They range from backend developers to UX-experts and illustrators.

Delhi-based startup Wishup solves a problem that all professionals face

The bootstrapped startup has a community of more than 200 freelancers from seven countries, some of whom have worked at big multinational companies including Amazon, Adobe,Microsoft, Ola, and Goldman Sachs, to name a few.

Its client base includes enterprises such as Bain and Company, IFMR and Maveric Systems, as well as startups like Urban Ladder, Haptik, Embibe, Simpl, Instamojo, and AirPR.

“What Flexiple offers has helped us get work done in a timely manner and go above and beyond.”

Believe it or not, Flexiple’s founders – Karthik Sridharan, Hrishikesh Pradeshi, and Suvansh Bansal, refused campus placements when passing out of IIM-Ahmedabad in order to focus full-time on their startup.

Prior to enrolling at IIM-A, Karthik (27), also a BITS Pilani alumnus, had worked with financial services major JP Morgan. Hrishikesh (28) an alumnus of NIT Trichy, worked with Adobe and Amazon, and Suvansh, 28, had worked with Maruti Suzuki.

At present, Flexiple has a lean team of nine members who engage with freelancers, sourcing them for their clients’ requirements.

“Flexiple is a culmination of Karthik’s zeal to start up and quit the vagaries of a corporate job, Hrishikesh’s appetite to explore new ideas. and my desire to build a company from ground,” says Suvansh.

Freelancers onboarded to Flexiple have to undergo a stringent screening process that tests their skill set. General aptitude and soft skills like communication, punctuality, attitude, and 10 more parameters are also considered.

“Our community consists of the top one percent software professionals who are highly proficient in designing and developing digital products. These freelancers have previously worked with top companies and are now working as self-employed, independent freelancers,” Suvansh says.

Customers interested in sourcing freelancers fill a form on Flexiple’s website, after which the startup gets in touch with them to verify their requirements over a call.

Clients are then offered up to three tailored recommendations for their requirements, saving them time and effort. After this, clients get a week-long trial to check if the selected freelancer is fit for the job. Once the trial period is over, Flexiple gets into the logistics around payments and contracts.

“Currently, we are also working on building various tools that ease this entire process,” says Suvansh.

Flexiple has so far served more than 75 clients, 13 of which are international clients.

“Overall, Flexiple brought in a high-level of transparency with extremely quick turnarounds in the hiring process at a significantly lower cost than any alternate options we had considered.”

The startup assigns a ‘customer happiness manager’ to every project. This manager keeps a constant check on both the client and the freelancer to avoid any potential problems during the course of the project.

Bootstrapped since inception, Flexiple has received support from IIM-Ahmedabad’s Centre for Innovation Incubation and Entrepreneurship (CIIE) in the form of equity-free grants.

Flexiple earns revenue by charging its clients a commission based on the total value of the project. Freelancers don’t pay anything to get projects.

According to a 2018 PayPal report, one in every four freelancers is from India. Dominating the software ecosystem too, India accounts for 50 percent of global freelancers – a majority of them under the age of 40.

However, what sets Flexiple apart, say the founders, is the quality of the talent they offer.

“During Flexiple’s infancy, we spent six months designing our screening process, which has undergone multiple iterations since then too,” says Hrishikesh. "We spend five man-hours for every on-boarded freelancer, going through their past work, evaluating their ability to manage projects and clients, as well as understanding their motivation behind freelancing full time,” he adds.

After having built a community and project execution methodology in India, Flexiple is now looking to expand abroad as well.

“Over the past quarter, we have found a strong product-market fit in foreign markets and have developed strong working relationships with a good, initial set of international clients,” says Suvansh.

[With inputs from Charu Mohan]