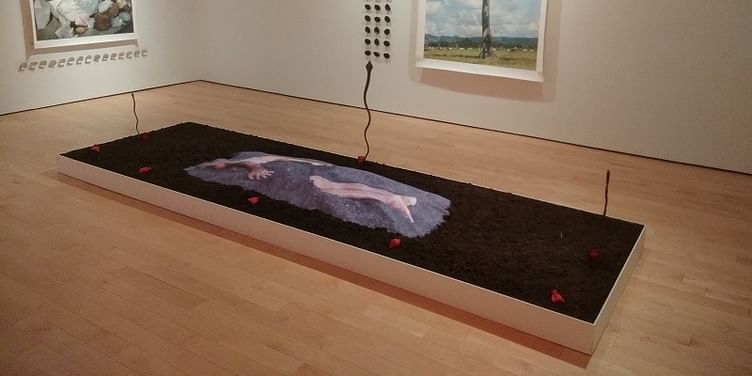 A wide range of stakeholder support is needed to launch projects in creative sectors like the arts. Here’s how the Art Gallery of Ontario developed a spectrum of corporate partnerships, collective funding projects, and crowdfunding campaigns to increase its art collection.

Effective fundraising campaigns and corporate partnerships have helped The Art Gallery of Ontario (AGO) develop a spectacular collection of artworks and become a key cultural attraction. AGO has become one of the largest art museums in North America, located in Toronto, Canada’s largest city.

A highlight at AGO is the exhibition by Japanese artist Yayoi Kusama, titled Infinity Mirrors. AGO hosts Canada’s first permanent Infinity Mirror Room, acquired with support from a crowdfunding campaign.

“Support from individuals is critical to the AGO’s mission to bring people and art together,” says Stephan Jost, AGO CEO. The campaign received support from over 4,700 people, with donations ranging from $25 to $25,000.

Tokyo-based Yayoi Kusama has extensive exposure to the era of of pop art and minimalism, and later moved on to optics and interactive elements of mirrors. There are only about 20 Yayoi Kusama Infinity Mirror Rooms on view worldwide.

The AGO version is titled Let’s Survive Forever, and features mirrored globes suspended from the ceiling or arranged on the floor. The mirror effect creates a seemingly infinite field of silver spheres, as shown at the end of this photo essay (see also Part I and Part II of our coverage). The exhibit is widely regarded as exhilarating, brilliant and mind-expanding.

AGO is funded by the Canadian government and has also received about $1.8 million from private donations. Corporate partners have included RBC, CIBC, Barclay’s, Google, Grolsch, Nordstrom, Shiseido, and Panasonic. Fundraisers are engaged through events like the annual fundraiser AGO Massive and the Art Bash gala.

The merchandise store also helps raise revenue and support educational outreach. For example, the exhibition ‘Tunirrusiangit’ has a companion book as well. In Inuktitut, Tunirrusiangit means ‘their gifts,’ and features the works of Kenojuak Ashevak and Tim Pitsiulak. Kenojuak is based in Cape Dorset, and is regarded as the ‘Grandmother of Inuit Art;’ Tim is her late nephew.

In June this year, AGO announced that it has acquired The Montgomery Collection of Caribbean Photographs, with more than 3,500 historical images from 34 countries in the region, including Jamaica, Barbados and Trinidad. The collection spans studio portraits, prints, postcards, slides and landscapes in the period following the abolishment of slavery, from 1840 to 1940.

The acquisition was made possible in part by the generous contributions of a group of 27 donors, mostly from Toronto’s Black and Caribbean communities. Collectively, the donors raised over $300,000. The collection will be showcased to the public in 2021.

It was assembled by New York based filmmaker and photography collector Patrick Montgomery, who had been building this collection for over a decade. AGO’s earlier collections acquired for exploring the artistic, historical, and social impact of photography include Fade Resistance (Polaroids documenting African American family life from the 1970s to the early 2000s), and World War I albums.

For the past dozen years, AGO has also been hosting an annual photography prize for Canadian and international contemporary artists. It includes awards of $50,000 to the winner, and $5,000 to each of the three runners-up.

Now, what have you done today to pause in your busy schedule, and see how you can broaden and deepen your support networks to the next level?

A 5-step guide to fundraising for social entrepreneurs