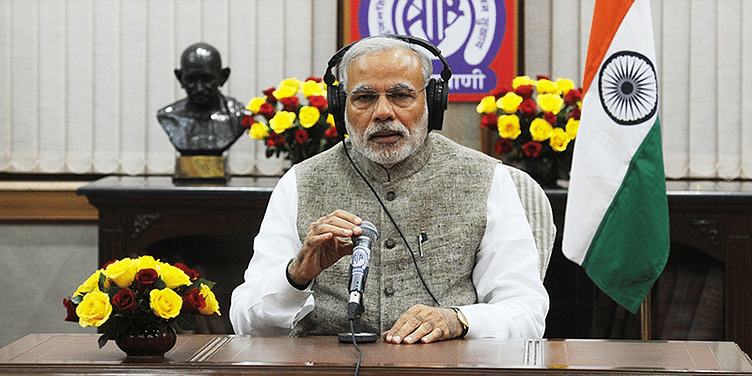 Climate change is real, and it is high time that nations and international organisations act on the ground. According to State of India’s Environment (SoE) report, India’s position of Global Environment Performance Index fell from 141 in 2016 to 177 in 2018.

While every citizen should be responsible for safeguarding our environment, government initiatives have played a huge role in helping find solutions to the problem. From building toilets to ramping up cleanliness through the Swachh Bharat Mission, the Modi government has time and again garnered people’s attention and support for the right cause.

And since 2014, Mahatma Gandhi’s birth anniversary has also come to be associated with environmental initiatives in India. This October, Prime Minister Narendra Modi is all set to launch a "new mass movement" against plastic use.

YourStory takes a look at some of the existing environmental initiatives by the Modi government and their impact.

Narendra Modi took the over as the Prime Minister of India in 2014. And in June that year, recognising the cultural and environmental importance of the river Ganga, the ‘Namami Gange Programme’ was approved by the union government.

The Centre allocated a total of Rs 20,000 crore to conserve and rejuvenate the river. While there had been a number of other programmes to improve the state of river Ganga, the Modi-led government stated that it was approaching the problem differently. It involved the people living on the banks of the river, and helped them attain sustainable livelihoods and feel the impact first-hand. It also roped in grass-root level institutions, including urban local bodies and Panchayati Raj institutions, to work for the same.

Key achievements of include creating sewerage treatment capacity, river front development and surface cleaning. The programme is being implemented by the National Mission for Clean Ganga (NMCG) at the national level and State Program Management Groups (SPMGs) at the state level. Moreover, 63 sewerage management projects are implemented in  Uttarakhand,Uttar Pradesh, Bihar, Jharkhand, and West Bengal.

Moving away from technical or industrial skills, the Green Skill Development Programme was launched in June 2017 by the Ministry of Environment, Forest, and Climate Change.

‘Green skills’ refers to those that contribute to preserve and restore environment and create a sustainable future. Hence, the programme focuses on developing skills among the youth in the environment and forest sector. During the pilot phase, the ministry introduced courses for biodiversity conservationists and para-taxonomists for three months at 10 different locations.

In May 2018, during the launch of the GSDP mobile app, Union Minister for Environment, Forest, and Climate Change, Harsh Vardhan, said that 2.25 lakh people will be employed through GSDP by next year, and about five lakh people by 2021.

The national cleanliness drive - Swachh Bharat Abhiyan - is perhaps the most popular campaign relating to environment that the Modi government pulled off. Launched on Mahatma Gandhi’s birth anniversary on October 2, 2014, the movement had people coming out to clean the roads across India. Photographs of Modi sweeping the streets became quite a sensation for some time, as he kickstarted the first cleanliness drive.

Over the years, different versions of the campaign were started. This includes Gramin Swachh Bharat Mission and Bal Swachhata Abhiyan. These looked at implementing the same effort in rural India and instilling the same values among children, respectively.

While running his candidature for the Prime Minister’s post in 2013, Narendra Modi, while addressing around 7,000 students in Delhi, had said that he wants to build toilets before temples.  After that, ‘Pehle shauchalaya, phir devalaya’ became a popular slogan.

Implemented as part of the Swachh Bharat Mission, the government claims to have built over nine crore household toilets and 32 states or Union Territories have been declared open defecation-free since October 2, 2014.

According to provisions in the act, payments include present net value of the forest, compensatory afforestation, and other specific projects relating to environment. Of this, national and state funds will receive 10 percent and 90 percent, respectively. Funds generated are then used on reviving the forest ecosystem and protecting wildlife.

Notably, the India State of Forest Report stated that India saw one percent increase in its overall forest cover between 2015 and 2017 by adding 6,778 square km of forest cover.

From Mary Kom to Virat Kohli, these 5 sports personalities are giving back to society