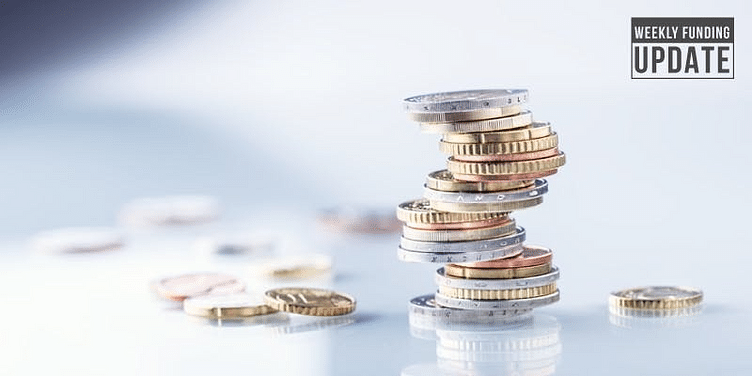 The Indian startup ecosystem raised close to $243.5 million across 11 equity funding deals. An additional $23.2 million was raised as debt in the last week of June.

This accounted to an almost 62 percent jump from the last week, when the startup ecosystem raised about $150 million in equity.

Late stage deals contributed to most of the total funding raised in the last week of July, with close to $200 million being raised across two deals.

Mumbai-based cloud kitchen startup Rebel Foods raised $125 million in its ongoing Series D round from Coatue Management, Goldman Sachs and Indonesia’s Go-Jek, among others. Rebel Foods, which operates under the brand Faasos, plans to set up 100 Indonesian cloud kitchens, in partnership with Go-Jek.

However, when it comes to volume, early-stage deals came out strong.

Close to $9 million was raised across six deals.

Gurugram-based coworking space startup GoHive raised $358,625 in a pre-Series A round. The investor’s name was kept undisclosed.

Venture Highway Capital made two investments this week. The first one was bagged by MyScoot. The Delhi-based startup secured $1.7 million in seed funding from Lightspeed India Partners, Venture Highway, and Mayfield India. Kunal Shah, CEO of Cred and Maninder Gulati, Chief Strategy Officer at OYO Rooms also participated in the round.

Their second investment for the week was MyPetrolPump. The Bengaluru-based on-demand fuel delivery platform raised $1.62 million as a part of its seed funding round. While Venture Highway Capital led fundraise, US-based accelerator Y Combinator also participated in the round.

Medtech startup Plunes Technologies raised $120,000 from angel investors Samuel Kurian and Srinivas Sridharan. This was a part of their ongoing seed round. The startup is an aggregator of doctors and healthcare service providers.

Online grocery platform Bigbasket raised Rs 100 crore (approx $14.5 million) venture debt funding from Trifecta Capital. The Alibaba-backed startup said that it will be using the funds to meet the working capital and capex requirements of the company. In an official statement, Bengaluru-based Bigbasket said that this will include setting up new warehouses, strengthening the cold chain, and setting up facilities for reprocessing of fruits and vegetables.

Further, US-based Vymo raised $18 million as part of its Series B funding from Emergence Capital. Sequoia India also participated in this round.

Mortgage-tech startup Easy Home Finance raised an undisclosed amount from Shinji Kimura’s Harbourfront Capital. The Mumbai-based startup, in an official statement, announced that it plans to enter into financial services through this partnership.