From Monet to the Moon: how creativity spans diverse genres, themes, and forms 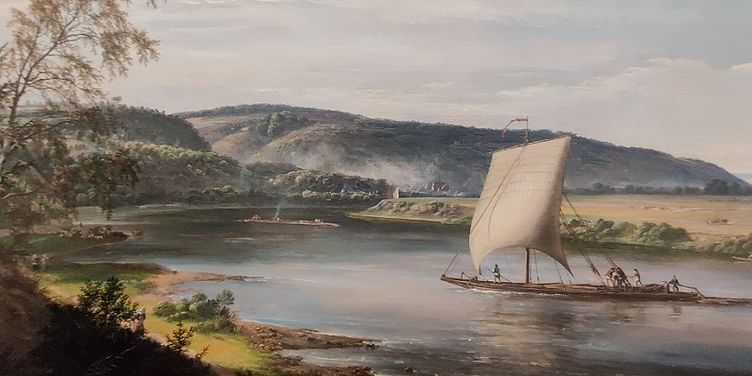 In this photo essay, we show how a major art museum curates collections that dig into artists’ diverse styles, showcases historical trends, and sheds light on future developments.

Kunsthaus Zurich is one of Switzerland’s major art museums, and a new extension opening in 2021 is set to make it the country’s largest art museum, overtaking Basel. With its location between Italy, France, and Germany, Switzerland is well positioned as a regional arts hub. In this photo essay, we feature more of the artworks on display (see Part I and Part II of our coverage as well).

For example, during the recent 50th anniversary of the Moon landing, there was an exhibition on how artists respond to this momentous event, with 200 works from the Romantic era to the present day. They addressed themes like not just topography but even ailments associated with the Moon, and the Moon as mass media phenomenon.

Planet Earth looks small and vulnerable from outer space, in stark contrast to the opportunistic egos of its inhabitants, curator Cathérine Hug jokes. A catalogue was also published, with essays on the Moon and its ‘conquest’ from the perspectives of cultural studies, technology, ethnology, and art.

Panels were held on emerging topics like space law, with Kai-Uwe Schrogl, Head of the Strategy Department at the European Space Agency and Guido Schwarz, Founder of the Swiss Space Museum.

Kunsthaus has also cultivated an exceptional collection of French and Norwegian artworks as well. A research department ensures that the collections of paintings and sculptures can be scientifically appraised and the results published. For example, care has been taken to ensure that works which entered the collection between 1933 and 1950 were not looted art.

The Kunsthaus has a long tradition of setting up dialogues between drawing and painting, and between older and more modern art, explains curator Jonas Beyer. For example, its art collection of the master Henri Matisse includes lesser-known bronze sculptures. His paintings and drawings parallel his sculptures.

Sources of inspiration such as photographs are also included, as well as photographs showing the artist at work. There are similar collections of works on paper of other artists like Picasso, Gorky and Warhol, exploring the connections between drawings and sculptures.

Kunsthaus also has a foot in the digital era: it has digitised its collection of over 400 original pieces of Dada works, the art movement rooted in Zurich and which paved the way for the surrealists. The digital archives span paper, photographs, letters, books, magazines, flyers, and manuscripts.

They represent the works of Marcel Duchamp, Man Ray, Hans Arp, Tristan Tzara, Hugo Ball, André Breton, and others. Other exhibitions on The New Photography explore the commercial and artistic movements in the 1970s and 80s.

Now, what have you done today to pause in your busy schedule and see how you can bridge past and future trends?

India Foundation for the Arts has supported nearly 500 arts and culture projects over the past ...