Ola Bike expands to 150 cities, looks at 3X growth in a year 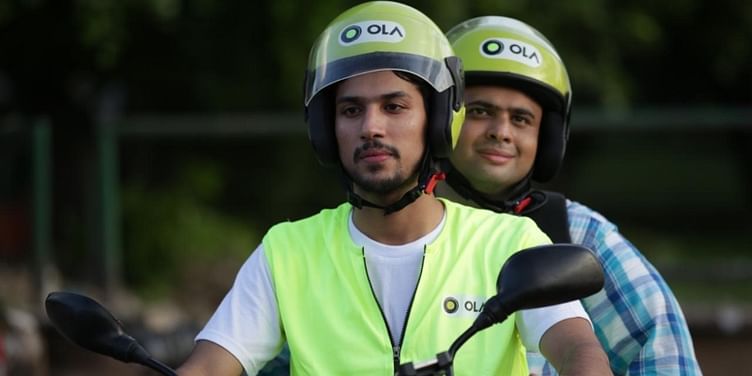 First introduced in 2016, Ola Bike is now present in 150 cities and claims that it has created over 300,000 micro-entrepreneurs over the past year.

The homegrown ride-hailing unicorn Ola on Thursday announced that its Ola Bike vertical is now present in 150 cities across India. The team also announced that it is looking to grow 3X in the next 12 months.

In a statement, the company said that it has created over 300,000 micro-entrepreneurs over the past year with Ola Bike.

The category was first introduced in 2016 as a last-mile mobility solution in Gurugram, Faridabad, and Jaipur. The service is now available in - Hyderabad, Chandigarh, Kolkata, Gaya, Bikaner, and Mughalsarai in UP.

“Ola Bike offers consumers with a smart, innovative, and affordable mobility solution; this is an offering that truly reflects our mission to build mobility for a billion people. Ola Bike has enabled citizens from the smallest of towns such as Chapra in Bihar to large metropolitan areas such as Gurugram with access to quick, reliable and affordable mobility”

Ola, Zomato, and Practo: meet the 5 successful businesses that were started by college friends

The team added that with its expansion into more towns and cities across India, Ola bike has opened livelihood opportunities for its two million-plus driver partners.

Arun further added, “Ola Bike is also helping build sustainable livelihoods for our fast-growing network of close to 300,000 partners from within these ecosystems of cities and towns, creating opportunities like never before for the youth of the nation. We aim to impact over a million Bike-partners in the coming year.”

Ola is now eyeing large-scale expansion. On one hand, it is going beyond top metros and entering Tier II and III locations in India. On the other, it has made an international foray by venturing into Australia, New Zealand, and the United Kingdom.

It is also expanding strongly into the electric vehicle segment. Ola's electric vehicle arm, Ola Electric Mobility had secured a funding of over Rs 1,725 crore (about $250 million) from SoftBank, according to regulatory documents in July this year.

However, for a nation-wide expansion, Ola will have to battle several regulatory challenges in cities like Bengaluru, and Mumbai.

With two-wheelers accounting for the majority of vehicles produced in India, accessibility and affordability of these vehicles are easiest, providing greater opportunities to scale. Over 20 million two-wheeler units were sold in the country in the year ended March 2018.