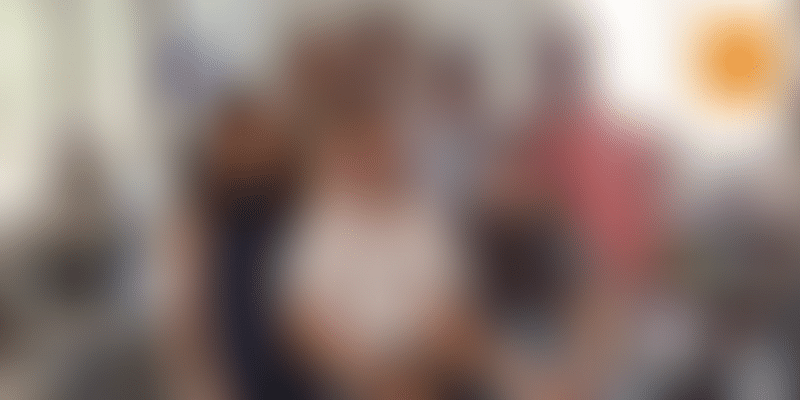 The startup, founded in 2014, sells dried food to more than 250 B2B customers, including Marico, the Indian Railways, Sodexo, etc.

Millions of tonnes of fresh produce like fruit and vegetables go to waste every year, and according to UN estimations, 40 percent of the food produced in India is either lost or wasted due to their perishability. But, Vaibhav Tidke has a solution to the persistent food wastage problem.

Vaibhav, 32, along with friends Ganesh Bhere, Tushar Gaware, Shital Somani, Ashwin Pawade, Nidhi Pant, and Swapnil Kokate started a food startup in Aurangabad called S4S Technologies, in 2014 to sell dried produce such as vegetables, fruit, and meat to food companies. Using solar dryer, a patented technology, it increases the shelf life of perishable food items to up to a year without the use of preservatives and chemicals.

For example, S4S preserves or converts fresh onion into a dehydrated form having one year of chemical-free shelf life at ambient conditions.

“This onion can replace fresh onion for daily household cooking as well as for cloud kitchens. S4S onion saves over 80 percent of cooking time, provides convenience, and saves money as well as S4S cuts out all of middlemen,” Vaibhav, CEO and Co-founder, S4S Technologies, explains.

The startup sells dried food to more than 250 B2B customers, including Marico, the Indian Railways, Sodexo, etc. S4S recently forayed into the B2C segment and now also sells snacks such as beetroot chips under the DesiVidesi brand on various ecommerce platforms.

Sowing the seeds of change

Born into a farmer family in a town called Ambajogai in Beed district of Maharashtra, Vaibhav saw the hurdles faced in the agricultural sector from close quarters. Following a PhD in Sustainable Technology from the Institute of Chemical Technology (ICT), Vaibhav wanted to use his knowledge and expertise for the benefit of farmers.

As part of his PhD in 2011, he invented a solar dryer, which increases the shelf life of spices, vegetables, fruit, and meat to about six months without using preservatives. The friends who helped him during the process are now the co-founders of S4S Technologies.

The solar dryer, which is 6X6ft and can be assembled and dismantled, can be kept in any open area, such as a terrace or backyard. “Since the dryers work on a renewable source of energy, it does not require electricity supply and other maintenance,” Vaibhav says, adding that the dryer allows S4S to do food preservation at a 40 percent lesser cost than industrial norms.

The invention has brought several accolades for the team such as United Nation Environment Leadership Award in the year 2012.

After further developing the machine, Vaibhav decided to put the invention to commercial use and started S4S technologies in 2014. Along with capitalising on the technology, Vaibhav also wanted to help farmers in India since close to 60 percent of India’s livelihood depends on agriculture.

So, the startup decided to rope in farmers as entrepreneurs. “We work with farmers who grow vegetables, fruits, spices, etc in the village, and provide them with our solar dehydration setup, which allows them to dehydrate the produce,” Vaibhav explains.

The solar dehydration set up costs Rs 80,000, and S4S agriprenuers buy these machines with bank's help, and S4S pays the farmer for processing and to pay back the bank EMI.

“We pay farmers separately for raw material per kg and on top of that, we pay them processing fees (for dehydrating the products) ranging between Rs 4,000 and Rs 8,000 a month,” adds Vaibhav.

At present, the startup procures fresh produce from 1,000 farmers, and there are 200 farmers-cum-micro-entrepreneurs (agripreneurs) from 13 villages in Aurangabad, Maharashtra who are processing dehydrated food for S4S.

The dried fruits and vegetables procured from the farmers are then finally assembled at S4S’ factory in Aurangabad for further processes and distributions. Marico Innovation Foundation and Nestle help the startup to keep up with the quality checks. S4S has the capacity of producing 5,000 tons of products per year.

The tide is high in agritech sector. A recent study by Nasscom revealed that India currently hosts more than 450 startups in the agritech sector, and that every ninth agritech startup in the world is from India. The report estimated that by 2020 the agritech sector will be at the centre stage of innovation and will lead India's journey towards overall transformation.

The report found that as of June 2019, the sector has received more than $248 million funding, a rise of 300 percent as compared to the previous year. The government has also started to show interest in the field of agritech. Maharashtra launched ‘Agritech’ scheme for digitally tracking agriculture management, while Karnataka set up an agritech fund of $2.5 million with an aim to target at least 21 startups.

Niti Aayog has started a pilot project on precision agriculture using AI in 10 districts from seven states, and Telangana, Tamil Nadu, Maharashtra have launched an agri open data portal to promote technology as an important tool in agriculture.

Among the plethora of agritech firms, S4S stands out, Vaibhav says, as a full-stack food company.

“S4S is the ecosystem player that eliminates all middlemen, simplifies logistics, storage costs and now serving the food,” he adds.

“Today over 200,000 meals are made using S4S onion in India for railways, flights, hotels, corporates and households,” Vaibhav says.

“S4S initially took time to fix the tech at farm level, and build an ISO-grade food factory and conduct customer trials between 2016 and 2018. We are growing at 25 percent month-on-month after the seed investment,” tells Vaibhav.

The startup wants to raise funding by March 2020 to expand its farm supply chain from 1,200 farmers to over 10,000 and increase the production capacity to 70,000 tonnes per year.

Meet the man who has solved water woes of farmers in Bundelkhand, and given the parched region ...