Delhi-NCR beats Bengaluru and Mumbai in startup battle; Why JOP Network is betting on TV in the age of OTT 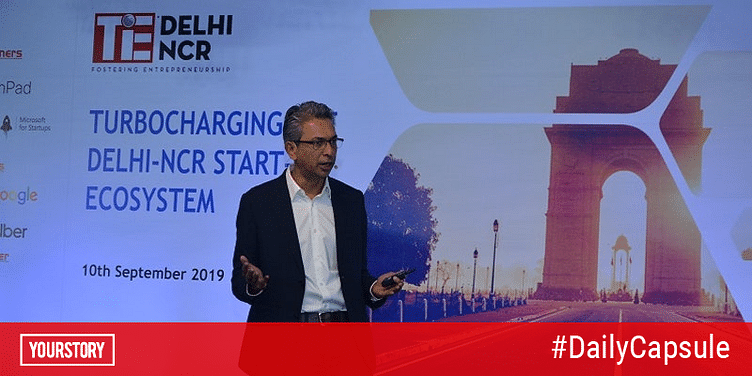 With 7,039 startups and 10 unicorns, Delhi-NCR has raced ahead of Bengaluru, Mumbai, and Hyderabad to be the leading startup hub of the country.

With 7,039 startups and 10 unicorns, Delhi-NCR has raced ahead of Bengaluru, Mumbai, and Hyderabad to be the leading startup hub of the country, revealed a report titled 'Turbocharging Delhi-NCR Start-up Ecosystem' published by TiE-Delhi-NCR and Zinnov.

In fact, Delhi-NCR accounts for over 50 percent of the cumulative valuation of the Indian startup ecosystem - to the tune of $46-56 billion - compared to $32-37 billion for Bengaluru, and $10-12 billion for Mumbai.

In the age of Netflix and Hotstar, why JOP Network is betting on TV

Launched in 2014, Delhi-based JOP Network specialises in channel curation, distribution, and syndication and claims over 25 million viewers across 30 countries. Founder and CEO Urvi Agarwal tells us why JOP Network is betting on TV despite the rise of OTT platforms like Netflix, Amazon Prime, Hotstar.

The journey of AvidSecure’s Praneet Khare

In a conversation with YourStory, Praneet charts his journey from building something from scratch at SolidCore, a startup, to working with a giant like McAfee and his stint at InMobi, which led him to see success as an entrepreneur.

Last week, Apple sent out invites for its annual extravaganza to be held at the Steve Jobs Theater, a 1,000-seat underground auditorium located in its Cupertino HQ. Tech observers predict the new Apple iPhone range could be “radically” different with a slew of ‘first-time’ features. Here’s what to expect.

To study and understand the effects of global warming and the vagaries of climate change, Neelima Mishra (33) from Odisha and Sukriti Kapur (25) from New Delhi joined the Climate Force Arctic Expedition, hosted by the 2041 Foundation this June.

Started by Neha and Meet Kanodia, dating app GoGaga was incubated as part of the 2018 FbStart programme. Together, the duo is using innovation to help a generation, who much like them, have struggled when it comes to finding their significant other (SO). It is now targeting $500,000 in revenue with a 35 percent profit margin.

Global Governance Initiative (GGI) was started by Shatakshi Sharma (27) and Naman Shrivastava (27) in July 2018 in Delhi to bridge this gap and bring youth in line with the government’s policy making.

Here are 6 ways your office can be unhealthy

If you thought you were safe from health hazards in your plush, modern, swanky, upscale, all-amenities-provided office, think again. The average working environment may be affecting your health in more ways than one.