This Teacher’s Day, 30 quotes by the Dalai Lama, the Tibetan spiritual leader 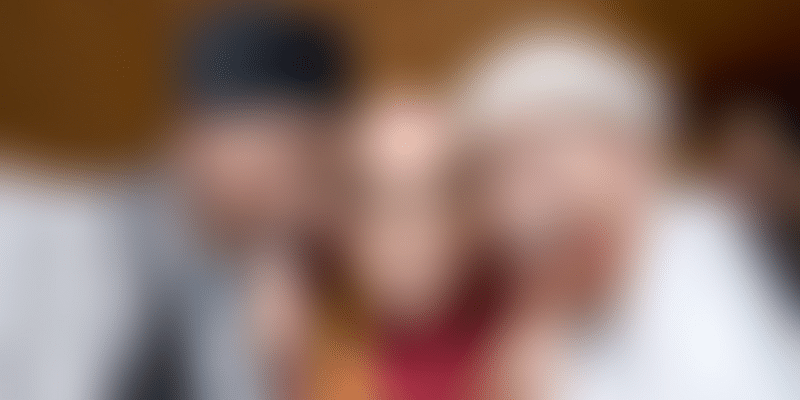 On Teacher’s Day, we turn to the wisdom of the Dalai Lama, the Buddhist spiritual leader known for his words on compassion, life, and having a purpose, and world peace.

A great leader is the one who can be a great follower and learner as well. And the 14th Dalai Lama is a true leader in that sense. The Tibetan spiritual leader has stated on multiple occasions that he is a chela (apprentice in Sanskrit) of the Indian tradition and that he considers Indians as his guru.

Terming India and Tibet’s relationship to be that of a guru and chela, the 84-year-old leader was referring to the scholars and the Buddhism philosophy that came from Nalanda University. Dating back to the era of Gupta Dynasty, the institute had around 2,000 teachers in those days. More specifically, the Dalai Lama identifies himself as the follower of 17 pandits from Nalanda from India’s past.

The Nobel Peace Prize winner, who has now been in exile in India for 60 years, has sustained his admiration towards the masters from Nalanda and often cites them when meeting young people from across the world.

'The world is better off collaborating,' says the Dalai Lama

Here is a look at a few wise words by the leader to keep your faith in humanity intact:

“Remember that sometimes not getting what you want is a wonderful stroke of luck.”

“If you make effort in realistic way, not through prayer or simple meditation but through education, it can change the world.”

“If you think you are too small to make a difference, try sleeping with a mosquito.”

“Anger or hatred is like a fisherman's hook. It is very important for us to ensure that we are not caught by it.”

“It is by moving beyond narrow self-interest that we find meaning, purpose, and satisfaction in life.”

“What we need today is an approach to ethics which makes no recourse to religion and can be equally acceptable to those with faith and those without: a secular ethics.”

“Love is the absence of judgement.”

“When you find that all human beings are just like you, it fosters a spirit of friendship. You’ll find there's less need to hide things, and as a result, feelings of fear, self-doubt, and insecurity are automatically dispelled.”

“Our life depends on others so much that at the root of our existence is a fundamental need for love. That is why it is good to cultivate an authentic sense of responsibility and concern for the welfare of others.”

“Judge your success by what you had to give up in order to get it.”

“We can live without religion and meditation, but we cannot survive without human affection.”

“No matter what people call you, you are just who you are. Keep to this truth.”

“A truly compassionate attitude toward others does not change even if they behave negatively or hurt you.”

“Old friends pass away, new friends appear. It is just like the days. An old day passes, a new day arrives. The important thing is to make it meaningful: a meaningful friend - or a meaningful day.”

To sir, with love: On Teacher's Day, millennial entrepreneurs talk about their mentors

“Give the ones you love wings to fly, roots to come back and reasons to stay.”

“Compassion is the radicalism of our time.”

“The true hero is one who conquers his own anger and hatred.”

“When you talk, you are only repeating what you know; but when you listen, you learn something new.”

“Happiness doesn't always come from a pursuit. Sometimes it comes when we least expect it.”

“We create most of our suffering, so it should be logical that we also have the ability to create more joy.”

“When you have peace of mind, it's easier to cope with problems. Real change will come about not as a result of prayer, but of using intelligence and taking action.”

“Young children don’t care about differences of nationality, faith or race. So long as their companions smile, they play together happily. It seems it’s only as we grow up, in the course of education, that focussing on secondary differences between people creates trouble.”

“I am a bit sceptical about what we call blessings. I believe the ultimate source of blessings is within us.”

“The distinction between violence and nonviolence lies less in the nature of a particular action and more in the motivation behind the action. Actions motivated by anger and greed tend to be violent, whereas those motivated by compassion and concern for others are generally peaceful.”

“The first drawback of anger is that it destroys our inner peace; the second is that it distorts our view of reality.”

From a chat with hip-hop princess Svetha Rao to Teachers' Day musings by entrepreneurs - your w...