Stories should be told with utter honesty and no compromise, says actor Radhika Apte 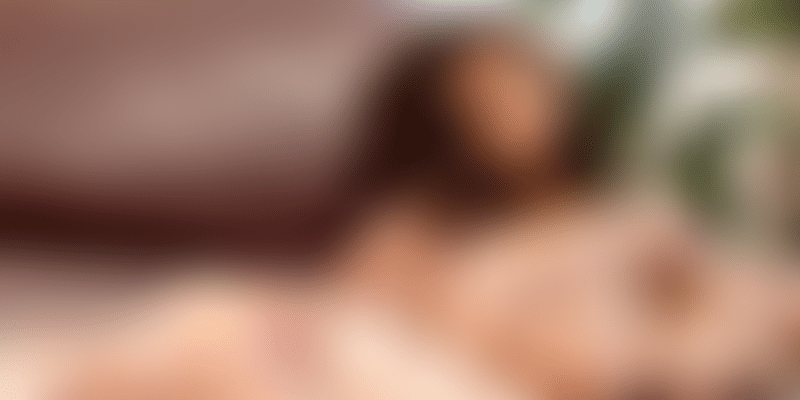 At the MAKERSIndia launch, Emmy nominated actor Radhika Apte spoke on a number of subjects ranging from the women’s narrative in Bollywood, the rise of digital platforms, and the MeToo movement.

Actor Radhika Apte made a strong closing statement at her fireside chat at the MAKERSIndia launch in New Delhi on Friday.

“I will take a pledge to at least try to fight my fears and not succumb to it,” the actor said with conviction and courage.

There was no hesitation in her pledge, for it was also a reflection of her experience, of a decade’s journey that began with the Bengali social drama,  Antaheen in 2009. Today, she has several critically acclaimed movies in mainstream cinema and digital platforms, especially Netflix to her credit.

Her perfect deliverance aside, it is essentially the characters she has played that has attracted the audience. Recently she essayed diverse and unconventional roles like Sophie in Andhadun and Kalindi in Lust Stories.

#OurTimeIsNow: MAKERS India is here to shape a new narrative for Indian women

Radhika, however, is of the opinion that her roles are not as bold as people believe they are. She said, “My roles reflect the women around me, people like you and me... what you see in commercial cinema, I don't find those kind of women anywhere. I don't know who they are and where they exist. So, actually, that is not conventional.”

The actor looks for two things while picking up a role - excitement and challenge.

Freedom of the web

Radhika also spoke about how the rising popularity of OTT platforms has impacted the entertainment industry in a big way.

She said, “When they came, they came with a bang. They had freedom and picked really different content and they were taking on challenges by making content that can compete with the world.”

A major portion of her own work belongs to this platform which is still in a nascent and experimental stage. The actor expressed her hope that it will continue to draw people with its content and capacity.

In fact, her association with Netflix is popular meme content on social media.

Radhika also expressed concern for what she calls ‘conveniently progressive’ films. She referred to certain work that embodied a progressive idea but lacks when it comes to portrayal. According to her, these movies keep few elements in the comfort zone, not fully giving a clear picture of women’s capacity or the absolute freedom that they need.

At the end of the day, the essence, she believes, is that stories be told with utter honesty and no compromise.

She acknowledged that the movement uncovered many stories and did a lot of good. “I knew many who came out but it could have become a much bigger movement and have a big effect. I think there is a lot that can come out and that can be done as well.”

Radhika was also part of Bollywood’s Dark Secret, a 20-minute BBC documentary on the challenges of calling out the big names in Bollywood.

As an economy, we won't grow if we treat every woman as a homemaker: Paytm's Vijay Shekhar Shar...

On balancing business and belief

One thing the actor has learnt over time is not to take rejections personally and understand that the film industry is business as much as it is an art. More recently, she was part of Nandita Das’s campaign India’s Got Colour.

Having faced the bias of colourism in the industry, she remarked, “I was only a village girl for the longest time. I could never be an urban girl because I wasn't fair enough. They used to say I look a little bit like Aishwarya Rai but a little dusky.”

She also pointed out that the bias still persist. One doesn’t have to think deep to understand why lead roles don’t go to “dusky” actors.

At the same time, what has changed for her, she said, is letting go of the desperation, and doing things her way without compromising on her beliefs. Hence, to be able to communicate those beliefs and have a certain impact through acting, the actor has gradually come around to accepting the importance of commercial success.

An economics graduate, she said she has retained her love for mathematics and has the option of going back to it anytime.

Recounting her early days in Mumbai, she said,

“It’s a people’s city, where people are the charm. When I came, I didn’t know anybody in the industry or the city itself. Slowly, I started going to theatres, and at the backstsage asking, if I can part of the rehearsals, workshops, then finding out there are these ways, these casting directors and auditions. And now, it’s home."