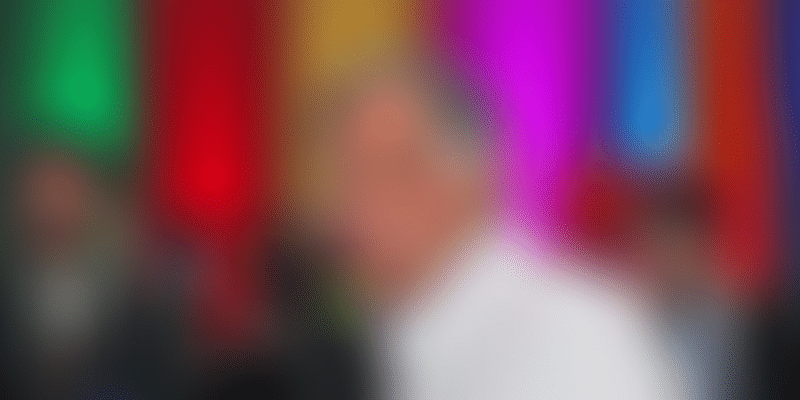 The former chairman of Tata Sons, and Kapil Shelke, Founder of the Mumbai-based startup, spoke to YourStory on how this investment will propel growth in the EV segment. Tork is set to launch its first e-bike in early 2020.

In 2009, when Kapil Shelke’s college project, ‘Tork Motors’ TX-01’, reached the podium in the prestigious Isle of Man TT races, he didn’t think it would go on to lay the foundation for one of the first EV startups in the country.

After honing his skills at one of China’s biggest two-wheeler manufacturers, Zongsten, Kapil came back and converted his own motorcycle to an electric vehicle (EV) for testing in Indian riding commercials. From those days of engineering-powered tinkering, there was no looking back. In September 2016, Kapil founded Tork Motors in Mumbai.

The e-bike startup has previously raised funds from the likes of Bhavish Aggarwal, Co-Founder and CEO, Ola; and Ankit Bhati, Co-Founder and CTO, Ola. Now, Ratan Tata, investor and philanthropist, and former Chairman of Tata Sons, has decided to invest an undisclosed amount in the Pune- and Mumbai-based company.

Tork’s first EV offering, the TX6 electric motorcycle, is expected to hit markets by early 2020. Originally announced with a price tag of Rs 1.25 lakh (ex-factory), it uses an electric motor that churns out a whopping 27 Nm of peak torque. It has a top speed of 100 kmph, and a range of 100 km. Battery charging to 80 percent takes an hour, while a full charge takes two hours.

How a visit to China helped this entrepreneur shape his EV startup making LCV vehicles for last...

Speaking on why he chose to invest in Tork, Ratan Tata says,

"I value the approach that the team has taken, because it is not primitive and is backed by engineering input and intelligent analysis. It is especially different in terms of the cooling of the batteries, and the entrepreneurial spirit is the kind that one needs to see in India. The team has done a commendable job!"

“I had the opportunity to test the model to be launched in early 2020. There was not a lot of compromise when it came down to the torque, power, or speed of the motorcycle when you compare it to an internal combustion motorcycle. The team recorded a simulation of my ride in real-time, which was later shown to me. Tork collects about 35 parameters of the motorcycle’s performance as the consumer drives it. While this helps them evaluate the health of the motorcycle to anticipate failures in real-time, I personally believe Tork also has the potential to turn a part of its operations into an EV Big Data company.”

Speaking of their growth as an organisation in the past two years, Kapil says the team has expanded by twice its original number. Of the 75 members, 60 are dedicated to R&D with the others spread across functions.

According to the startup, when it started operations, there was no existing ecosystem that the team could leverage. Their initial success, thus, was built on in-house capabilities as well as on developing an external supplier ecosystem.

Speaking about the current phase of development of the TX6, Kapil shares that in terms of product development, 90 percent of the validation and testing of the bike has been completed.

“We are gearing up for the upcoming launch. Also, we are currently laying the EV infrastructural groundwork in Pune. We have recently installed the first unit of our fast-charging station at Café Peter’s Bund Garden Road outlet in the city. We plan to ramp it up as we move along and before we launch our product,” he says.

Ratan Tata’s team says that Tork Motors has been building up to this phase for years. The company’s readiness in terms of launch, manufacturability, sound logic, and knowing exactly what to do both in the long- and short-term all made for an attractive prospect, they point out, adding that Tata has an industrial and personal affinity towards the Indian EV space.

“When Tork reached out to us, their story was intriguing. Kapil’s origin story from building winning motorcycles for the popular Isle of Man races to Tork motorcycles is exciting enough for us to be interested. Clearly, the founders are embedded in the motorcycle culture and all the technical microcosms of this industry. Moreover, the accumulated IP that Tork had mentioned in their pitch was worth looking at because it tackles one of the biggest challenges in batteries with India’s ambient temperatures: cooling.”

Also, the fact that Tork is launching their motorcycle at a price point almost exactly similar to that of the combustion engine motorcycles in that segment was an important decision point for the investment. This usually isn’t the case with EVs, as they are a capital-intensive purchase compared to their IC counterparts.

Speaking further on what sold Ratan Tata on Tork, Shantanu points to the team dynamics. “The diversity of the team is exciting, and retention of talent seems to be at its core. Since Tork is headquartered in Pune, I wanted to go and see the product for myself at the invitation of the team. The core members are cohesive and in sync about where the company is headed and its foundational strategy. It drives them as a unit,” he says.

In developing their product, the team started with the core problem – getting the battery pack and the motor right. Kapil explains they have worked towards a successful design, build, validation, and manufacture of the battery and motors at scale. He adds that they are fortunate to have been covered under the FAME-II Central subsidy scheme, which proposes to promote EV technology in India.

According to SIAM India, the nodal body for the Indian automobile industry, there has been a phenomenal rise in EV sales in the past two years. In FY18, India sold only 56,000 EVs, but the number rose to over 750,000 in FY19. A majority of these sales was of three-wheelers (630,000 units), while e-bikes registered sales of 126,000 units.

Ratan Tata’s team states that the space is tricky and that every single company in the segment is contributing towards building the industry foundation.

The biggest challenge with EVs has always been the charging infrastructure. When you put a number on the range that an electric vehicle can travel on a single charge, it makes Indian buyers nervous. But, a closer look at the numbers will reveal that the ranges are close to the average daily commute of a motorist. Added to that is the cost savings through  the complete elimination of fuel.

“Having said that, the Indian buyer will feel much more comfortable when the charging infrastructure in their city is more frequent and less intermittent to provide a sense of dependability on the electric vehicle,” adds the team.

While OEMs are geared towards entering the EV space, the government, through its recent tax rebates, is definitely attempting to make it easier for firms to build the required technology. EVs and hybrids are also looking increasingly attractive for Indian buyers, but the peak is still around the corner.

“But while we wait, nobody is taking significant initiative to educate Indian consumers on the EV space in general. They are definitely curious, but that curiosity, if not met with proper answers and the advantages which do exist, will quickly turn to fear, and consumers will stay away, fearing the unknown,” says Shantanu.

USP and the future

“Our biggest USP is we are a ‘Made in India’ electric two-wheeler startup brand in the country. We excel in every category of an EV product’s development, be it range, speed, charging, and technology. Most importantly, what makes us different is the TIROS (Tork Intuitive Response Operating System), which we have built. So, apart from the hardware part of the motorcycle, we have also built an in-house operating system that acts as the mind of the machine,” says Kapil.

The team is looking to read the market movements and response and leverage their technology for offerings across categories including other two-wheelers and three-wheelers.

“We will also be open to associations, which will help us bring more innovative EV products for the Indian consumer,” says Kapil.

How a visit to China helped this entrepreneur shape his EV startup making LCV vehicles for last...