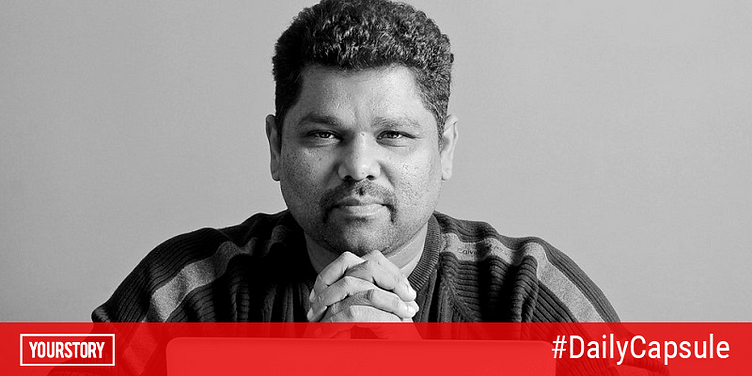 Nine years later, with 35,000 paying customers, he’s now raised the bar higher. Now, he plans to go for an initial public offering (IPO) in the US, which is his long pending dream.

For a long time, India has been referred to as the “Land of Software Engineers”. Then, Bengaluru became the 'startup capital' of the country, home to several entrepreneurs trying to build successful businesses.

Today, India is on the global map, ahead of many with the third-largest startup ecosystem in the world. We have spread far and wide and our startups have gone global. One of them is SaaS unicorn Freshworks.

Founded in 2010 by Girish Mathrubootham, or “G”, this company started a tech revolution, which led to India being branded as a go-to B2B SaaS destination in the world.

Girish wanted to ensure that small businesses were proactive over customer queries in the world of social media. At the time, products that were serving customers were expensive and really did not help SMBs in customer support.

Nine years later, with 35,000 paying customers, he’s now raised the bar higher. Now, he plans to go for an initial public offering (IPO) in the US, which is his long pending dream.

Having worked with the likes of HCL Technologies and Google, healthcare was something Sachin believed needed disruption with technology and AI. In a conversation with YourStory, the HealthifyMe Co-founder and CTO takes us on a journey of his milestones as a coder, startup founder, and a great lover of technology.

Growing up in Mumbai in the 80s and 90s, Diana Fernandes says she was an introvert with very few friends; an average schoolgirl who did as she was told to. Now, this 37-year-old turned that childhood perception right on its head, by heading Bloomingdale Public Relations, a public relations, digital marketing, and influencer marketing company, with operations in India, Dubai, and Singapore.

Drug discovery in the pharmaceutical industry and academic labs is often a challenging process. The process is time-sensitive as there several individuals who suffer from chronic to life-threatening diseases. Data science startup Elucidata uses data science to reduce the time taken to discover life-saving drugs through its AI-enabled platform Polly.

Started by architect Vinay Varanasi in 2015, Unbind is a design education startup that serves two major purposes: bridging the gap between design education and practice, and creating social impact through design.

This woman serial entrepreneur quit Infosys to start up

Hyderabad-based entrepreneur Anupama Dalmia quit her well-paying job at Infosys to establish three startups, and inspire girls and women. She is also the author of a bestselling e-novella, and is working on three more.

Schemes to empower Indian handicrafts and its artisans

To address challenges and develop the handicrafts sector, the National Handicraft Development Programme is being implemented by the Office of the Development Commissioner (Handicrafts). Here's how the four schemes work.

For the first time, the Summit has instituted the Bengaluru Impact Awards and will recognise the nine unicorns from Bengaluru which have scripted entrepreneurial success.