[Techie Tuesday] From working for free at HCL to writing code that caught Google’s eye, and then building AI in healthcare: HealthifyMe’s Sachin Shenoy’s journey 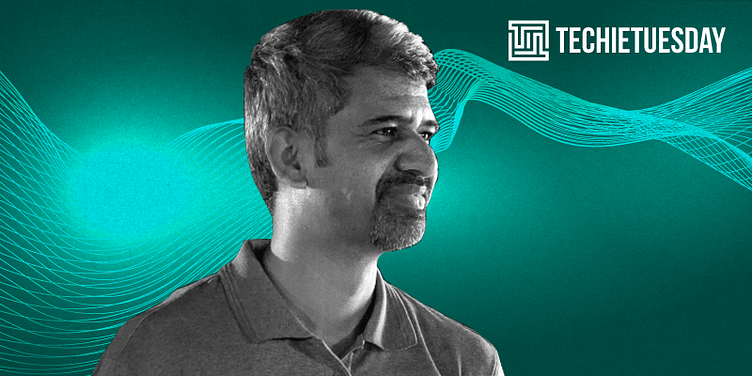 This week on Techie Tuesday, we feature Sachin Shenoy, Co-founder and CTO of AI-based healthtech startup HealthifyMe. In a conversation with YourStory, he talks about how his love for coding took him to HCL and Google, and culminated in HealthifyMe.

“We have an AI assistant, Ria, that holds conversations on our app. I can say it is a complete circle of sorts; when I was 14 years old, the BBC used to air Thinking Machines, which revolved around scientists building machines that could converse and interact with humans. It was what fascinated and interested me and, today, with Ria, we are doing the same thing,” the entrepreneur says.

Having worked with the likes of HCL Technologies and Google, healthcare was something Sachin believed needed disruption with technology and AI.

Hailing from Kozhikode, Sachin, a self-proclaimed rebel at school, saw his love for technology first take the shape of interest in electronics. “I liked tinkering with circuits and machines, and my love for everything technology-related intensified with the BBC show,” he recalls.

In a conversation with YourStory, the HealthifyMe Co-founder and CTO takes us on a journey of his milestones as a coder, startup founder, and a great lover of technology.

Sachin’s tryst with computers began at 16 when his father, a paint manufacturing businessman, purchased a computer for their home so that he could keep his paperwork and financials in order. This provided the teenager the perfect opportunity to spend long hours, fascinated, in front of the screen, where he discovered the world of programming: BASIC first, then Pascal, followed by C and C++.

“This was around 1993, and my brother was doing engineering at NIT. Every time I spoke to him, he would talk about algorithms or programmes that his classmates couldn’t solve, so I would take that up as a challenge and code those programs,” Sachin says.

During those days, artificial intelligence (AI) was just picking up the pace; while people could see machines could work as fast as humans. Sachin recalls that even with games like chess, humans were beating machines.

“I wanted to build something where the machine could play against a human and win,” he adds. This was in the nineties, when the concept of computer chess and humans playing a game with a computer was just picking up. With that goal in mind, Sachin test-built a simple knots and crosses game, and soon moved onto Othello, the checkers game taking them online, where a human could play against a computer. This game also won him an award in Delhi.

On why he wasn’t lured by the more premium institutes in the country, Sachin unabashedly says that would require good marks. “I was never academically inclined and more interested in building stuff. I would keep having fights with teachers, trying to prove my way of learning to be better. I am always up for a challenge in that sense,” he laughs.

This also explains why he gave Computer Science a miss at college. By the time Sachin was in college, he had already learnt most of programming languages on his own. Moreover, he feared hating the discipline if he were to pursue it academically. Instead, he brought others into the fold. “I was already teaching coding to seniors at college,” he says.

[Techie Tuesday] Swapan Rajdev of Haptik, one of the largest conversational AI platforms, has o...

A ‘charitable’ move pays off

Post-college, Sachin was at the proverbial crossroads: he had, like his brother, a position at his father’s business to fall back on, prepare for higher studies, or look for a job. Wanting to get some work experience under his belt, Sachin decided to look for a job. But this was 1999, and the job market wasn’t great.

Around this time, he heard of the networking and programming work done at HCL Technologies. So he came to Bengaluru, to find out if a job was available.

“There wasn’t a job for me, but I knew I had a lot to learn at HCL Technologies. So I asked them if there was an internship opening, and even when that wasn’t available, I asked them to just give me a desk and that I would work for them for free. Nobody says no to free food or labour, and that is how I joined HCL. After three months, when I wanted to quit the job I wasn’t being paid for, I was hired," says Sachin.

While at HCL, Sachin worked on several projects that proved to be a solid base and training ground. He doesn’t agree with people who call HCL, Infosys, and other software companies ‘legacy’ organisations, citing that there is plenty of learning at these corporations.

“If a code doesn’t work in a web application there is room for improvement and errors. But in a protocol stack if the ball drops, everything crashes. You are allowed zero errors. Even if there is one byte of leak in a packet, you lose million bytes across different packets. Thus, in places like HCL, you are conditioned to build resilient software and think of every possible error to get the system running,” he explains.

At HCL, Sachin, he along with other engineers, built the sessions initiation protocol (SIP) for voice over IP for a client. HCL’s stack was to be tested among other organisations’ stack protocols, and unlike other companies it had no crashes. Sachin recollects that HCL was the only company that was able to climb the ladder and move up.

In 2001, though Sachin and a few others were on the bench because of the dismal market, the coder went ahead to build testing products and even sold it to a few clients. It was a complex program that would test all protocols and find the errors in the system.

After close to five years of hard work and plenty of learning at HCL, in 2005, Sachin realised he wanted to work for a product company.

But first, he took a year’s break to be with his eight-month-old daughter. “My wife wanted to work and I wanted to stay at home with my daughter and my young son. I think it was the best year of my life so far,” he recalls.

This, however, did not stop him from signing up for Google Code Champion, the tech giant’s coding contest. While Sachin was one of the top finalists, Google did not call him for an interview. However, Sachin realised this was his ticket to Google. So the next year, he prepared for the contest, which was on a larger scale. This time around, he got a foot in the door.

What followed was plenty of learning.

At Google, Sachin learnt how to build error-free products for millions of users. “There are a few things that can create a bottleneck in a computer system - one is CPU, which, when gets overloaded with lots of tasks, fails to function. You thus need to build distributed tasks, or shards, which individual CPUs can do. This is called horizontal scaling. Google had mastered it.”

Sachin worked on building their financial product. But this was not handed out to him; rather, he had to figure out what he wanted to work on, on his own.

He first worked on building Gmail and then Google’s financial product. Google showed Sachin how, for an engineer, taking responsibility for your role matters. “When I was working on Gmail, I had to work on Javascript, and be responsible for the frontend, backend, and everything in between,” says Sachin. He had also built the Gmail SMS alert, which didn’t end up seeing the light of day.

Google was a competitive playing field and one earned respect for their work and not other markers like seniority. Sachin was also on the core team that worked on Orkut, while the main product was built out of Brazil.

“Orkut was built ahead of time, and it succeeded fast. It was probably not written on the best tech available. When it started growing, we had to quickly rewrite the code and try to scale. During that phase, the code base became bad, and kept breaking. There is nothing wrong with that, but the larger issue was that while we wanted to rewrite everything, we thought of building a Level Seven, perfect code base.

The issue with this type of tunnel vision is you miss the idea of the user and go into an engineering bubble. I learnt that in life there are no right answers and there is no need to go through extremes. The ability to change speed and make the right choices is important,” Sachin says.

The last product that Sachin built at Google was CloudMan, similar to Amazon’s AWS. They were trying to build an orchestration system for virtual machines. It was a system that helped set up machines and systems on their own. But the project, like many of Google’s others, was killed. And after six years with the tech giant, Sachin decided to pursue a different path.

“I was very happy at Google building something new all the time, but the projects being stalled or shut down can be painful for a developer. I also felt I needed to build something of my own,” Sachin adds.

It was late 2012, and Sachin began to mull over different ideas. While he wanted to build a product on his own, he was also sure he did not want to take care of sales or be the CEO of the company.

“I am bad at selling and other parts of the business, so I tried to look for co-founders. But I found many people were married to an idea rather than finding a solution for a problem,” says Sachin.

He joined two Googlers on a startup to build a cloud infrastructure project. It was at the Microsoft Accelerator and one of their mentors asked them to sell the product.

“When they started selling the product, I realised I was better at sales than the other founders, and this wasn’t right. A founding team needs people with complementary skill sets,” says Sachin.

It was around this time he met Tushar Vashisht, who had already begun work on building HealthifyMe. The duo got to talking and Sachin decided to join the team as the CTO.

“Consumer-facing healthcare as a problem excited me and I knew the tech stack could be made better, so I joined as co-founder and CTO,” he says. The health and fitness startup combines technology and human services to deliver measurable impact for users via its mobile app.

Sachin says they spent a year in understanding the Indian taste palate and food preferences to build the right nutrition and algorithms.

Today, while hiring people Sachin says there is one thing he looks for: ownership. “I don’t believe that you as an engineer have control over just one part; as an engineer, you need to get a holistic approach and get the job done. To do that you need to have complete ownership. You need to be able to do everything without being told,” says Sachin.

To all the young and aspiring techies out there, Sachin has an important piece of advice: finish any task that you take on, while still being open to learning and trying new things.