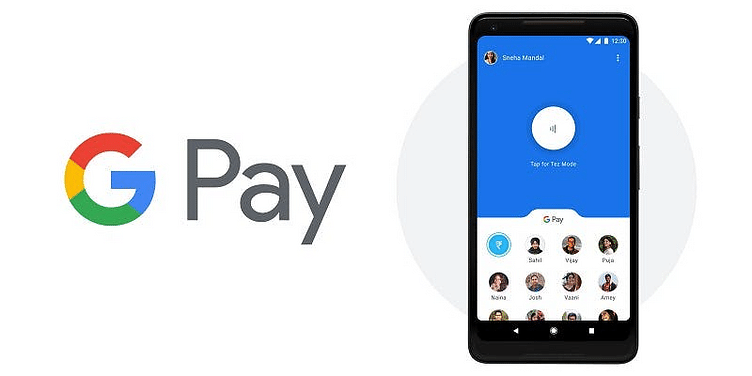 Fintech has effectively blurred the lines between technology and financial services, and companies across the world are coming up with innovations and products that can simplify people’s lives.

Leading the way in India is Google, which aims to build an ecosystem, not just products. In September 2017, Google launched Tez, its financial payment service for India, and saw great success. A year later, it rebranded the offering to Google Pay, and continued to focus on making it the simplest way to send or receive money across India.

It has now evolved into Google’s next big ecosystem play in India, in line with its strategy to design products that can inter-operate with every other player in the space collaboratively.

"The internet experience is hugely multifarious and enriched by the work of millions of large and small technology companies, on-demand businesses, individual content creators, news organisations and many more people who use it to move the world in different ways. We want to simply leverage our competencies to make the internet more helpful for users.”

Google is staying true to its mission statement to “organise the world’s information in a way that’s universally accessible and helpful to users”.

In the last two years, instant bank-to-bank transfers via Unified Payments Interface (UPI) have become the preferred mode of payment for millions in the country. What is interesting is that many of these people were adopting digital payments for the first time.

India online payments landscape saw a massive surge of growth after demonetisation - so much so that it is now one of the fastest growing fintech markets in the world.

An ASSOCHAM- PricewaterhouseCoopers India study projected that digital payments in India would double to $135.2 billion in 2023 from $64.8 billion in 2019.

NITI Aayog CEO Amitabh Kant recently concurred, stating that India was the "only country in the world with over a billion mobile connections and biometrics, providing enough scope for penetration of fintech technology".

Sajith also referred to the success of UPI, which has showed 60X growth in the last two years. He said this success was testimony that India will resoundingly endorse solutions that are relevant.

After Tez saw amplifying traction, the company found merit in unifying it with Google’s payments offerings globally. The made-for-India Tez was brought under the Google Pay brand in August 2018.

India now has approximately 460 million people using the internet; that number is only growing. But it is a nation where things like weather conditions, languages, accents, and choices change within only a few kilometres. The heterogeneous landscape has many contradictions and complexities, with even network quality fluctuating from 4G to 2G in a blink.

Sajith said a mix of multiple variables like these, coupled with a fragmented device ecosystem and users who are leapfrog adopters of technology, provided a unique crucible for a product like Google Pay to scale.

Examples include cab ride major Ola’s OTP-based system, which was started at Bengaluru airport. The feature worked so well that the aggregator decided to implement it across states and countries. Recently, there were reports of Uber adopting it in the US.

“With over 20 years of experience in building these ecosystems, we realise the multiplier impact each component of the economy has on its growth, be it education, infrastructure, connectivity, access, and so on. A thriving digital payments ecosystem is one key component to catalysing the Indian economy,” Sajith said.

Many of Google's launches and features in recent years have been India-first, such as two-wheeler mode on Maps and now, Google Pay (previously Tez).

The company attributes the massive traction to its user experience (UX), which has evolved in an intuitive way for users to find what they want. The objective was to help people use the app as easily as they use cash, and feel secure while doing so.

Google Pay's entity-based UX lets users search who they paid earlier, rather than the transaction date or time. If they have to check a payment record, the insight GPay made was to create an entity-based model where users see individual chat heads of every individual or merchant they transact with.

The platform’s fraud prevention framework is backed by machine learning, and it uses in-app warnings and alerts via push notifications and SMS to ensure security.

On how Google Pay has done things differently, Sajith said it was a combination of three things: partnerships, localisation, and ecosystem approach.

He said it was important to forge deep partnerships with central banks and governments to innovate and build collectively, adding that products needed to be interoperable and open so as to work jointly within the ecosystem.

“Deeply localised approaches are key to build solutions that are truly scalable and transition seamlessly across the complex and geographically-unique financial systems in different markets,” Sajith said.

Google India is inspired by what might possibly get unlocked if these barriers, be they linguistic problems, connectivity issues, or accessibility snags like literacy, are broken.

The fintech market is seeing cut-throat competition, with players such as Paytm, PhonePe, PayU, Mobikwik, and WhatsApp.

However, Google Pay’s India MD said some habits are hard to shake off when the market is overwhelmingly cash-friendly.

“Though there is immense push by the government to facilitate the spread of digital payments, a lot of innovation is required to gain the user's trust. We have immense respect for our competition; they’re doing some very interesting things. We look forward to grow the ecosystem collectively."

Talking of the future of the payments landscape in the country, Sajith said all players are effectively on day one of their journey.

“I think various influences, whether it’s the expanding footprint of mobile internet, reducing device prices, increasing appetite of the Indian user to leverage the internet, and the focus of the government on digitisation, are combining to create huge momentum. Digital payments are the rails on which this momentum will sustain and grow,” Sajith said.

UPI transaction at all-time high; crosses 1B mark in October