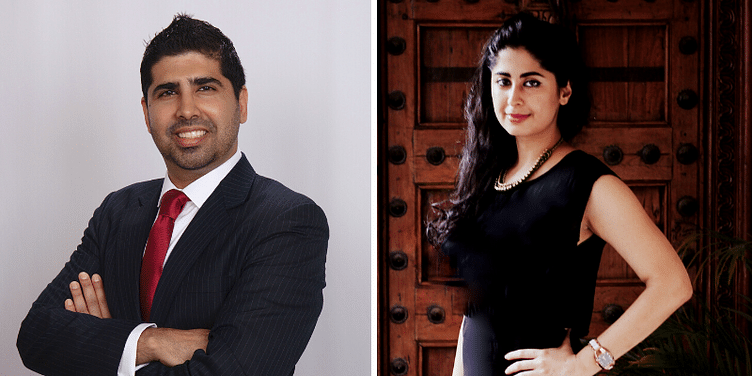 Sirf Coffee is a hybrid matchmaking startup that offers a pressure-free, personalised approach to dating with offline dates handpicked by seasoned relationship managers.

Love strikes when you least expect it. But sometimes, Cupid can just be a rickety old fellow stirring chaos in the romance department of your life. This is especially true if you are, what people call, a ‘modern’ Indian individual, looking for a special someone without the kundlis and nosy ‘well-wishers’.

And to serve this clan of love-seekers, several hybrid matchmaking platforms have cropped up in the market. Beyond the legion of dating apps and matrimonial platforms, these new services aim to combine the best of both – the trust quotient of the traditional arranged marriages and the charm and comfort of dating.

“While technology must be leveraged to better enable the goal [of finding a partner] and widen the access, it can't replace that feeling of love at first sight. A personal touch is required for your personal life,” says Sunil Hiranandani, Co-founder and Chief Matchmaker at Sirf Coffee.

The startup, which was started in 2009 and commercialised in 2013, is headquartered in Mumbai and is also present in London. Born of personal experiences, it offers a pressure-free, personalised approach to dating, and organises offline dates for matches handpicked by seasoned relationship managers.

“No poking, no swiping. Our clients' first interactions happen in person,” adds Sunil.

Before Sirf Coffee and similar hybrid matchmaking platforms like Floh, A World Alike, and Aisle, the dating business in India was a different game altogether. It was a time marked by matrimonial bureaus, typical matchmakers, and personal biodatas.

The scope of finding love in a discreet environment was almost nil. Sunil’s personal experience is a testament to this.

He tells YourStory, “Single, I had just returned to Mumbai from London and found that a lot of my peers were stressed about the same thing – finding love in a pressure-free, discreet environment.”

“Not only was the idea for Sirf Coffee born in Mumbai, but I was its first success story,” beams Sunil.

While the matchmaking site was born out of these first-hand experiences, there have been several alterations and additions to the startup over the years. For starters, Sunil’s sister Naina, now Co-founder and COO, joined the business 2013.

A journalist by education with a master’s in English Literature from the University of Mumbai, Naina was working with prominent luxury and fashion publications before taking the entrepreneurial plunge.

Love has no boundaries

With Sirf Coffee, explains the banker-turned-entrepreneur, one can expect to meet driven, interesting, culturally astute, and dynamic individuals who are looking for a long-term relationship. The reason behind this specification is the nature of the platform’s client pool, which though limited in number compared to swipe-and-match dating apps, is diverse with a global footprint across 18 countries.

“We’ve worked with folks as young as 27, right up to single parents in their late-fifties. Agnostic to age and location, what we’re really interested in is what makes people tick,” says Sunil.

As a result, not only is the startup’s user base different, but it also operates and matches singles uniquely. Instead of letting people simply sign up and start swiping, Sirf Coffee users begin by applying via an online form, followed by a choice of three membership plans. These plans range anywhere between Rs 25,000 for six months to Rs 55,000 (almost) for 12 months.

“Every client is then interviewed (in person or over Skype) to establish a mutual fit. Our business model comprises several meticulous processes to weed out people who aren’t actually interested or may be inauthentic in real life,” adds the Co-founder.

Last but not least, experienced relationship managers set up individuals on actual dates based on their preferences. For the user, it’s not much of an effort from here on – other than showing up on the dates, details and logistics of which are managed by the Sirf Coffee team – but at the backend, it’s a great deal of work.

Says Sunil, “Almost everyone we meet thinks that Team Sirf Coffee has the ‘coolest job in the world’. The truth is that it’s one of the toughest, psychologically demanding professions because so much of it runs on emotion.”

Meet the 2 Mumbai entrepreneurs aiming to create employment for 500 speech and hearing-impaired...

Inside the business of relationships

The business of matchmaking is not child’s play.

There are the lucky ones who find their significant other (S.O.) in a childhood crush or social media, but for others, it can be a long and winding journey, navigating through the plethora of dating apps and services.

But there is still hope and India’s thriving online dating market is proof.

Ranked after the US, China, and the UK, the Indian online dating market has raked in a revenue of $54 million in 2019. And this figure is only set to grow, reaching a market volume of $76 million by 2023, according to Statista.

It’s a win-win situation for both users and dating app companies. On one hand, people are not shying away from splurging on apps and dating services and on the other hand, there’s no dearth of choice for the user.

Sirf Coffee’s journey, which prides itself in hand-picking and curating dates for its users, tells us a similar story.

Started with an initial investment of $25,000, the matchmaking platform has so far served over 10,000 global Indians. The founders claim that its client base is growing at an annual rate of 150 percent.

The startup is next launching in Dubai by January 2020 to “better serve the Middle East and Europe”.

As the founder explains, “Typically, 68 percent of Sirf Coffee’s first dates turn into second ones, and over 40 percent yield into committed long-term relationships.”

While the numbers are a sure shot indication of growth, the biggest win for Sunil and his team is not in these stats. It is, as he says, the implicit faith and trust a user puts in while signing up with Sirf Coffee.

And on funding plans, he says, "Now that we are a proven business model and several success stories, we are open to funding to bolster our branding and awareness to support our two-year vision of growing our client base by eight to 10X."