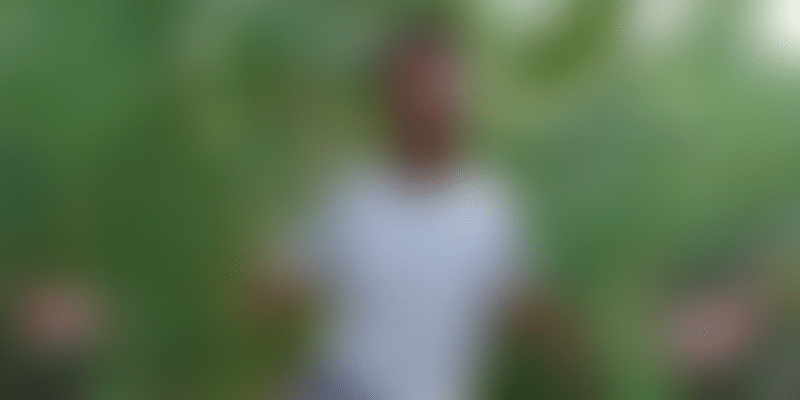 Growing up in Chamrajnagar, a small town in Karnataka, Srinidhi CV’s earliest memories were of his father toiling away in the agricultural plot he owned to make ends meet.

“We saw a lot of hardships growing up, and I was convinced that agriculture was not a viable career,” says Srinidhi.

His family’s situation was not an isolated one. Millions of Indian farmers are left with low returns on their produce owing to their dependency on middlemen to take the harvest to market.

Srinidhi dreamt of a career in IT. But, by the time he completed his degree in engineering in 2008-09, recession had hit. “So, the only job I could get was as an Assistant Engineer at the local district collector’s office. But, neither was the job interesting nor was there an opportunity to grow,” says the 28-year-old. So, he decided to return to his roots.

When a friend suggested that he read a book by natural farming expert Subhash Palekar, what began with one book soon turned into a reading marathon. "I read and reread 10 translated works of Subhash Palekar until I could internalise the learnings and practise them.”

Connecting directly with consumers pays off

Srinidhi’s first harvest of bananas came in 2015. Even with what he thought was a good harvest, he realised that he wouldn’t be able to make any profit if he sold the bananas through middlemen. They were offering to pay him just a third of the retail price.

This was a wake up call for the young farmer. However, encouraged by discussions on social media groups for farmers, Srinidhi opted to sell his produce directly to consumers in Bengaluru, Mysuru, and a few cities near the Karnataka-Tamil Nadu border for Rs 33 a kg.

“Customers often recommended me to their extended families and friends and as my consumer base grew, I saw I needed to stay in touch with repeat buyers as well as the new ones who came in through references. That’s when I began using WhatsApp extensively,” he says.

By staying in constant touch with his consumers, Srinidhi was able to understand their preferences and provide the quantities they needed. This took a lot of trial and error, but it was not without its rewards.

“Initially, when I would send three kgs of ripe bananas in a box, I realised that consumers weren’t happy because the quantity was too much to consume in one go,” he says.

To address this, he began harvesting and shipping the bananas in batches.

“That fetched me better business,” adds Srinidhi, who earned Rs 1.5 lakh by the end of his first year.

Choosing produce that can be processed for better returns

But farming and marketing perishable produce like bananas made him realise the need to invest in crops with longer shelf-life, lower risks, and higher income. This made him turn to sugarcane.

“I worked on a business plan to sell sugarcane juice. However, importing the machine took time. And by then, the sugarcane was ready to be harvested. So, I decided to produce jaggery instead.”

Here again, Srinidhi leveraged WhatsApp to sell 1,200 kg of jaggery directly to consumers across Karnataka. That earned him more than Rs 2.75 lakh. In the same year, he also cultivated onions and other vegetables, and together with the jaggery, he raked in close to Rs 4 lakh that year, nearly tripling his earnings when compared with the year before.

Since then, Srinidhi has adopted this profitable strategy to invest in farming produce that have good market demand and can be processed into end-products with a longer shelf life.

“That’s why in addition to sugarcane, I am farming turmeric and moringa – two products which are in demand today. I am also making banana and passion fruit jams from the harvest from the farms.”

The once-amateur-farmer is now experimenting with various crops, based on customer demand and returns, and with a greater sense of confidence. That confidence stems from the control he has over both the production cycle and also, the marketing and sale to consumers.

“Today, I don’t use WhatsApp to only stay in touch with my customers. I use it for marketing also” he says.

According to him, direct selling gives him visibility about his consumers. "I can not only connect with the consumer, engage with them, and build a relationship, but also cross-sell my other products like jaggery or turmeric,” he adds.

But it’s not all about profitability and returns for this farmer. It’s also about ensuring customer satisfaction, which entails educating consumers through WhatsApp so they receive authentic, pesticide-free and chemical-free produce at the right price.

According to Srinidhi, many consumers are being duped in the name of natural and organic farming. “That is why, as a community, we have been working towards educating consumers.”

All this has also helped him unearth a potential career opportunity.

“Today, I am also working as a consultant for agripreneurs. I believe the experience and the knowledge I have gathered over the years, most of which have been through trial and error, has helped me build a strong understanding of what works and what doesn’t. And, it’s only right that I share this knowledge so that I can make it easy for those who want to get back to farming. Life as an agriculturist can be tough, but nevertheless satisfying.”