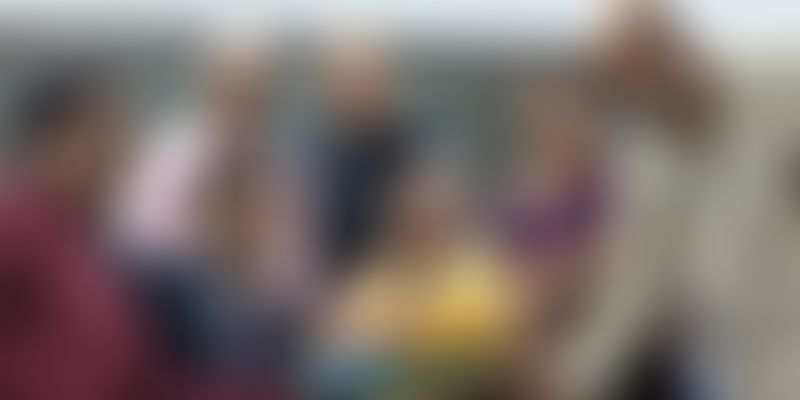 Maths education will have to improve significantly in India if another Ramanujan is to emerge and thrive. A group of math educators and science communicators is rising to the challenge.

In 2012, the Indian government declared December 22 to be National Mathematics Day, to mark the birth anniversary of legendary Indian mathematician, Srinivasa Ramanujan. A number of events are held on this occasion in schools and colleges around the country, ranging from workshops and quizzes to lectures and even book launches.

The occasion was celebrated in Bengaluru on Sunday with a panel discussion and launch of a book by BK Viswanatha Rao, Maths Pastime: A Book of Riddles, Puzzles, and Brainteasers. The slender 160-page book is packed with diagrams, equations, figures – and answers.

Held at National College in Jayanagar, the inspiring and entertaining panel discussion was organised by the Innovative Academy for Mathematics (IAM). An initiative of Pramartha Centre of Excellence, IAM offers fun-based activities for maths enthusiasts and teachers.

“The society will progress if there is a scientific temperament and love for mathematics,” said Mahidhara Davangere, Managing Director, Pramartha. IAM also runs maths labs, brings out a range of maths publications, and designs activities to show how maths underpins fields such as music, dance, biology, and cooking.

Dr AH Rama Rao, President of the National Education Society of Karnataka, observed that Ramanujan was known not just for his brilliance but also his simplicity. If he were at the book launch, he would have liked to eat curd-rice and pickle, Rama Rao joked.

“Let us hope more Ramanujan’s will spring forth in India,” said Prof. Balachander Rao of National Institute of Advanced Studies (NIAS). Rao himself is the author of a range of books, including Indian Mathematics and Astronomy: Some Landmarks.

Maths is not dry and difficult – there is much beauty in its structures and patterns, explained Dr. G Vijayakumari, Former Principal and current Coordinator of Vijaya Teachers College. “When you first see the ocean, its waves evoke fear – its beauty emerges only when you dive into it,” she explained; the situation is similar with maths.

Critical thinking, creativity, communication, and collaboration are widely regarded as key skills for the 21st century. Maths can provide a foundation for all these skills, urged Vijayakumari.

There are a number of ways of popularising mathematics, explained VSS Shastry, himself a maths and science educationist and author. This former banker conducts workshops about maths as experienced in origami and rangoli. He has authored around 25 books on topics as varied as maths and paper art, and also won an entry in the Limca Book of Records for origami.

Maths should not be seen as a source of fear, and should be regarded as much more than a subject to be learnt just to pass exams, Shastry said. Proper training and puzzles can entertain and sharpen the brain. Shastry has also published a range of cartoons on maths in real life, in order to dispel myths and misconceptions.

Shastry has helped conceive and design the Ramanujan Math Park at the Agastya Creative Campus in Kuppam, Andhra Pradesh. See my photo essay on the 172-acre Agastya Creative Campus, and interview with Agastya founder Ramji Raghavan. The park’s installations include many magic squares like the Melancholia Magic Square, Lo Shu, Bhaskaracharya, and Ramanujan Magic square (based on his birthdate).

The highlight of the evening was a series of maths puzzles and jokes shared by 92-year old maths communicator Viswanatha Rao. He narrated incidents of how storytelling was used to teach maths in rural India, and also regaled the audience with jokes on how maths was not taught properly.

“Life is like maths – you add friends, subtract enemies, multiply joys, and divide sorrows. Then you may be happy,” he said. However, sometimes things don’t work out and you end up with your bank balance being subtracted and property divided, he joked.

Viswanatha grew up in Tumkur and studied in Mysore and Bengaluru. With degrees in maths and English, he served as a school principal for 18 years, and was also on a number of government committees for textbooks and translations. He has written six books in Kannada (including one on women mathematicians of India); his seventh book, Maths Pastime is in English.

Viswanatha shared a number of achievements of Indian mathematicians, such as Dattatreya Kaprekar (1905–1986). He is credited with the discovery of a range of properties of numbers, such as 6174 (known as Kaprekar’s constant). Many four-digit figures can be reduced to this number after following a sequence of inversion-sorting-subtraction steps, called Kaprekar’s routine.

Viswanatha also explained how the number 1729 came to be known as the Hardy-Ramanujan number. In a conversation about a taxi-cab number, Ramanujan is said to have explained that 1729 is the smallest number expressible as the sum of two cubes in two different ways (one and twelve; nine and ten).

The story of Ramanujan’s life and achievements is captured in the Hollywood movie, The Man Who Knew Infinity (where he is described as having “every positive integer as a personal friend”). Ramanujan became a Fellow of the Royal Society, and was the first Indian to be elected a Fellow of Trinity College, Cambridge. He returned to India after World War I, and unfortunately passed away at the young age of 32.

India has produced legendary mathematicians such as Brahmagupta, Aryabhata, and Ramanujan. Whether more such legends can emerge in India depends a lot on the education ecosystem. A strong foundation in maths, ethics and creative skills is urgently needed for emerging jobs in data science, analytics, AI, ML and robotics (see my writeup on Workforce 4.0: how to reinvent yourself as machines and algorithms converge).

As the panel and book launch in Bengaluru showed, it will take not just passion and devotion, but humour and fun also to bring more people to the path of mathematics.

100 Story House, a library for children with a hope of better future for Meghalaya