WATCH: The week that was - from a small-town boy making it with his self-publishing firm to a startup that can fix your posture 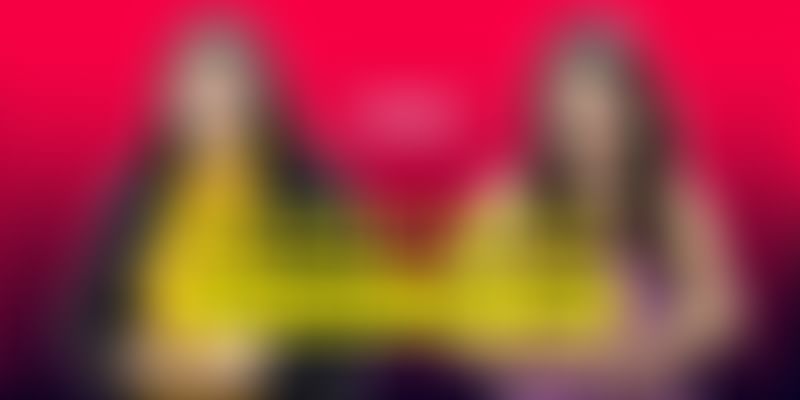 We spoke to some passionate entrepreneurs and covered some great startups this week. Find out more in our weekly video wrap of stories.

Let’s kick-start this weekend with the story of KhataBook.

Digital ledger app KhataBook, with its apt tagline ‘Digital India ka Digital Khata’, took wings from an idea during a meeting at digital spend manager company Kyte.ai. Back in 2016, Ravish Naresh, along with his team of college friends, started Kyte.ai, a digital spend manger app. They wanted to help their users understand their expense pattern using their SMS alerts. As digital transactions happen along with SMS alerts, they felt it was a good entry point to make sense of users’ financial state.

Kyte had initial good traction and user reviews, but the team realised that something was amiss. Their intelligent SMS inbox did not reach their expected growth scale. They figured that all their users were based out of metropolitan cities.

“The new market that is coming online, thanks to Jio, is completely outside of metro cities and deals in cash. So digital transaction or spend manager was not making a huge difference for them,” says Ravish.

Digging deeper, they found that the first-time online users did not deal in digital transactions. They were still relying on traditional khata, or ledger book. That is when the idea for KhataBook materialised for the Kyte team.

We love our engineers and every week, our Techie Tuesdays column brings you the story of an engineer who is shaping the future at India.

From building patented tech during an internship at Adobe to starting up Shadowfax, here’s Vaibhav Khandelwal’s journey in this week’s Techie Tuesdays column. He talks about how his love for coding began at a young age, the realisation of the impact it could create, and how he built the B2B on-demand delivery startup.

As Co-founder and CTO of B2B on-demand delivery startup Shadowfax, Vaibhav Khandelwal now codes only during the weekends. But his journey began by coding 24/7. He has since then helped found and build Shadowfax, an on-demand last-mile logistics network that offers tech-enabled, one-stop delivery solutions.

The multi-modal logistics platform integrates with bikes, minivans, trucks and airlines to deliver across 70 towns and cities in India. “It never is about what you can code, but what you can build and what that can do. It is about how much you own something and work towards changing the status quo,” Vaibhav says.

Now let's get back to startups. Long hours spent in front of the laptop, continuous work on the mobile phone, and evenings spent as a couch potato have led to a rise in posture-related ailments among professionals. Complications include back pain, spinal dysfunction, joint degeneration, rounded shoulders, and a pot belly.

A survey conducted in 2017 by QI Spine Clinic revealed that 20 percent of the Indian population in the 16-34 age group was treated for back and spine conditions. Bengaluru-based healthtech and wellness startup Dipitr aims to solve this lifestyle problem and others like it.

Launched by Amir Valani in 2018, the startup has launched Strack, a posture trainer and corrector wearable. Positioned as India's first smart 360-degree posture care solution, the wearable tracks and monitors your posture, alerting you every time you slouch with a gentle vibration.

From wellness to education, Indian startups seem to be going after the right solution. Brought together by their shared love for brewed goodness, the story of Mumbai-based Bhuman Dani and Shariq Ashraf is one of serendipiTEA.

The 30-something entrepreneurs are MBA graduates from prestigious institutes. Bhuman has a degree from INSEAD while Shariq from Oxford University, and both have, at some point, worked at global management consulting firm Boston Consulting Group. But Bhuman was based out of London while Shariq was in Melbourne. Professionally they hadn’t really crossed paths until February 2016, when the duo ended up at an alumni meet in Mumbai.

A setup for exchange of ideas and plans, the event served as the perfect launchpad, leading to the inception of The Good Life Company in April 2016.

Mauritius, the tiny island nation located east of Madagascar and some 2000km off the southern coast of Africa, is known for its sapphire waters and pristine beaches. For the first time, an ecological initiative of a global scale is taking root in Mauritian territory. All thanks to the efforts of 26-year-old Veda Dean, who rallied forces to launch the first-ever educational mobile game under the UNESCO Patronage in Africa.

The next phase involved a call-to-action, as part of which Eco-Warriors recycle bins were installed in more than 69 Schools. The idea is to extend this initiative to public schools as well, so as to inspire and evoke action from students in these schools. Read all about it here.

Now let us talk about an unlikely success for an author in India.

Syed Arshad grew up in the small town of Bhagalpur in Bihar. There were no entrepreneurs in his family; no one had ever run any business. It was a typical Indian small-town, middle-class family. Arshad did not have any plans to pursue entrepreneurship either. But destiny had other plans.

The Bihar boy moved to Delhi in 2002 to finish his schooling at Jamia Senior Secondary School (a wing of Jamia Millia Islamia). After school, Arshad joined the Indian Institute of Aeronautics to study aircraft maintenance engineering. “But it proved to be difficult t that time to get a job in the aviation industry. So, I joined IBM as a collection expert (agent),” he explains.

He worked in the sector for a few years and during this phase something happened that would change his life. Arshad always wanted to write. So, he penned a romantic fiction, called If It’s Not Love, during his days as a collection agent. He struggled to find a publisher and finally decided to self-publish through an agency in Kolkata.

After this, a number of people reached out to him wanting to know how he managed to self-publish. He started to help people get their books published and soon realised there is a market for it as a business. Read how he made his million.

WATCH: The week that was – from meat that is Licious to the future of cricket, here are some great startup lessons