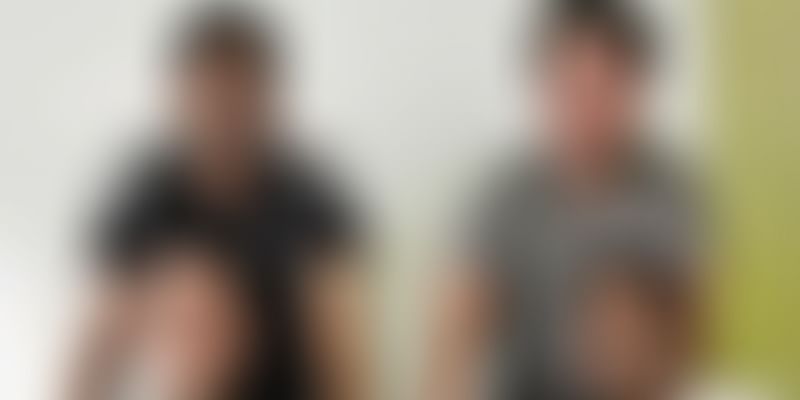 Karbon Card, a fintech platform based out of Bengaluru and Shanghai, aims to empower entrepreneurs and set startups up for success. Its offerings include an interest-free corporate credit card and the VC Connect fundraising accelerator.

Corporates commonly issue bank cards to their employees, which offer them several benefits. However, it is extremely difficult for early-stage startups to avail corporate cards from banks, which seek a 110 percent deposit guarantee, a personal guarantee from the founders, and a huge amount of documentation and time.

This gap led Chinese VC Pei-fu Hsieh and Amit Jangir to start Karbon. The fintech startup, based out of Bengaluru and Shanghai, was founded at the end of 2019, and issues KarbonCard, a corporate card to startups.

“We thought what if we offered corporate cards to startups and didn’t ask for fixed deposits and personal guarantees, and built a process that would take mere five minutes to apply? Wouldn’t that be nice? We went about doing just that,” Amit says.

How a Chinese entrepreneur built her startup in vernacular India, raised $50M from Tencent, etc.

Prior to starting KarbonCard, Pei worked with US-based VC fund Kleiner Perkins and Chinese fund 01VC, which focused on investments in India. He was earlier with McKinsey and also built from scratch and managed many ventures at Rocket Internet.

Pei had worked with Amit at 01VC, and they roped in Sunil Sinha, who brings decades of experience in the fintech industry and is now in charge of KarbonCard’s credit policy, card issuance, and customer services. Sunil earlier run his own SME lending company in India, and understands the nuts and bolts of running startups and lending.

The duo also enlisted Bo Li, who worked at Amazon and Tencent prior to Karbon.

On how the team got together and built the product, Amit explains, “Given that most of us are from an investment background, we have first-hand experience of founders raising funding rounds and the infinite time that it may take for an investment to close. We wanted to bring efficiency and speed in the entire fundraising process for which we thought VC Connect could make perfect sense."

He adds that the idea was suggested by many other startups. "Moreover, since we have worked in China earlier, and are beginning to see how Chinese investors are opening the gateways for Indian startups, we want to be an enabler that can seamlessly help both sides without any hiccups.”

“As a first step, we are bringing a delegation of top institutional VC investors from China from January 8 to 11, 2020, to Bengaluru to offer them a look at the Indian startup ecosystem and take them through an educated journey of Indian success stories,” Amit says.

However, the biggest challenge was convincing startups that a product like KarbonCard existed. “Most services are catered to large enterprises with the ability to pay. Never before has a product that is entirely free of charge been built for startups. Thus, the biggest challenge lies in bringing the shift from a ‘traditional banking’ mindset to ‘nu-age banking’ that brings the interests of a startup to the forefront,” Amit says.

Karbon doesn’t charge fees of any kind at present. The card and the rewards across platforms like Hubspot, Segment, and the like are completely free for startups to use. The revenue model primarily revolves around taking a cut of MDR when the card is swiped at any merchant.

The team refused to disclose the percentage of the cut. “Within just two months of our official launch, we have been able to get over 100+ startups and a few VCs,” Amit says.

Karbon at present competes with the likes of HDFC, ICICI Bank, Citibank, and American Express. The team agrees that the biggest competitors are traditional banks, but adds that those aren’t in the business of serving startups.

“They focus on the larger enterprises with steady revenue streams and significant assets. Startups are considered risky customers by banks; that’s why it’s so difficult for startups to apply for corporate cards from banks,” Amit says.

The market for cards is fast growing in India. According to a Reserve Bank of India report, the circulation of cards touched 48.9 million in May 2019 from 38.6 million in May 2018. There has been a 27 percent growth in business opportunities.

On KarbonCard’s future plans, Amit says, “We want to keep building products that cater to startups in India. Our vision is to empower all startups to achieve more, starting with a Karbon Card. There are many exciting products in the pipeline to help startups succeed, be it saving money, increasing efficiency, or fundraising.”